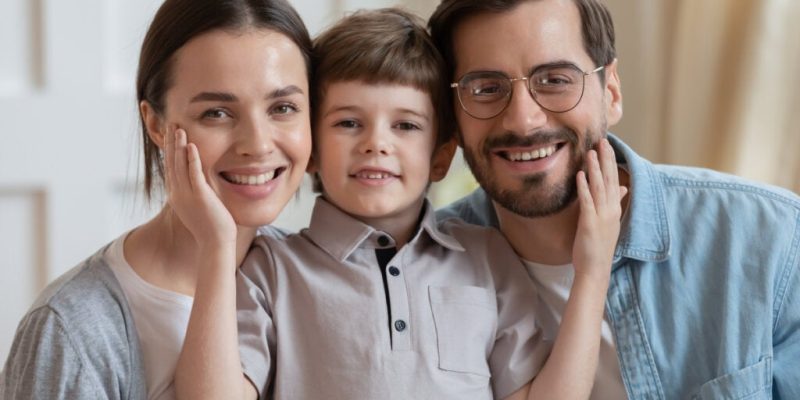 What was your childhood like? Did you grow up with parents who treated each other with respect and affection? Did you witness the love between them? Or, did you notice a lack of it? Most of us keep memories of the relationships between our parents. In fact, these images not only offer us our first models of what human bonds and interactions are like but also mark us in many ways.

Growing up in a home that’s engaged in constant dialectical battle, means, from an early age, being immersed in an adverse emotional climate loaded with grudges and conflicts. Consequently, those who grow up witnessing their parents’ confrontations, grow up with a distorted vision of love. This is a tragedy.

Likewise, when a couple isn’t mature or brave enough to end a harmful relationship, the situation worsens to the maximum. In fact, relational discomfort becomes so deep that the most important thing is often neglected: parenting. Indeed, parents who don’t love each other or who love each other badly don’t always give their children what they deserve and need for their proper development.

There are many parents who, despite not loving each other, choose to stay together for the sake of their children. This unwise choice ends up having a really negative effect on the little ones.

Emotional security theory has its roots in the attachment construct defined by the psychiatrist and psychoanalyst, John Bowlby. According to this approach, family conflicts affect the psycho-emotional development of the child. The little ones, far from staying oblivious to family disagreements, evaluate them and create certain basic mental schemas about human relationships.

There’s also another even more problematic aspect. It’s the fact that the children of a conflicted couple feel less safe, protected, and cared for. In fact, they grow up with a constant feeling of threat. It makes them believe that, at any moment, these negative emotional manifestations will also reach them. This is something that does, indeed, occasionally happen.

For example, a mother or father on the warpath will frequently emotionally blackmail their children. At times, they manipulate them into positioning themselves in favor of one parent or the other. Sadly, they can also project their frustration and unhappiness onto them. As a matter of fact, the couple that treats each other badly and drifts into self-destructive dynamics also drags their own children into their maelstrom of suffering.

Children who grow up in environments dominated by conflict develop less social skills and impulse control and are more aggressive.

The aftermath of destructive interparental conflict

Emotional security theory claims that children are affected by both constructive and destructive interparental conflict.

The former defines the kinds of disagreements that are resolved in an efficient and mature manner. The fact of addressing differences in a positive way provides children with an enriching model of how to face relational challenges.

The problem lies in destructive interparental conflicts in which resentment, hatred, and nasty words are embedded. For instance, an investigation conducted by the University of Kyoto (Japan), states that this type of situation leaves serious consequences for child development.

In these cases, it’s common to see children with lower social skills and serious problems regulating their emotions. Moreover, the disagreements and confrontations of their parents cause them to grow up exhibiting more aggressive behaviors. They also develop extremely deficient strategies for solving problems. That’s because they integrate what they’ve been exposed to into their mental records.

The data this study provides is interesting. It suggests that not all children react in the same way to interparental conflict. In fact, each child usually demonstrates a specific type of reactivity to the negative dynamics of confrontation by caregivers.

Some children act as mediators. They end up demonstrating more maturity than their parents when trying to settle disagreements. They’re youngsters forced to grow up prematurely. In effect, they lose their childhoods due to acting as regulators of conflict in the face of parental incompetence.

Emotional security theory claims that children forced to mature in a precipitous way also grow up without the healthy kind of attachment essential for their development. Therefore, they often reach adulthood with many deficiencies and with the role of caregiver integrated into their DNA.

On the other hand, there are also children who, instead of acting as mediators, withdraw from the interaction. They move away from these stressful sources out of fear because they feel threatened by the climate of exhaustion, shouting, and disaffection. This atmosphere seeps into their mind, making them more vulnerable to mood disorders.

Witnessing our parents’ fights and confrontations can cause us to exoperience greater adjustment problems later in life.

Emotional security theory can be understood by one simple image. When a child grows up in an emotionally nurturing environment, where they’re offered security and sincere affection, they see before them a golden gateway into the big wide world. On the other hand, those who grow up in a parental environment full of conflicts, in which their upbringing is neglected, only see a broken bridge leading to their future.

However, this doesn’t mean that they can’t become happy people, capable of achieving their goals. It just means that they’ll find more potholes, insecurities, difficulties, and fears along the way. With this in mind, we can confidently say that no child deserves to grow up in a scenario dominated by heartbreak, aggressiveness, resentment, and confrontation.

A home in which parents are more focused on their own problems and disagreements neglects the children. Emotions of negative valence become the oxygen that’s breathed daily. Unsurprisingly, this has consequences. Therefore, if the love and respect between a couple disintegrate, they should separate, for the benefit of all concerned.

Naturally, separation or divorce is hard. But, even harder is growing up in a house where screaming and reproaches are the daily soundtrack. Committing to the well-being of our children should always be our highest priority. We must bear this in mind. 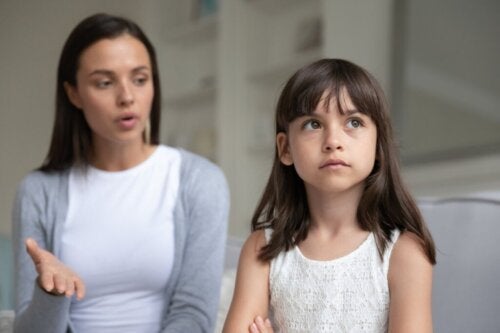 How Parents Damage Children’s Self-Esteem
Sometimes, as parents, we damage our children’s self-esteem without even realizing it. We take a look at some of the mistakes we make. Read more »