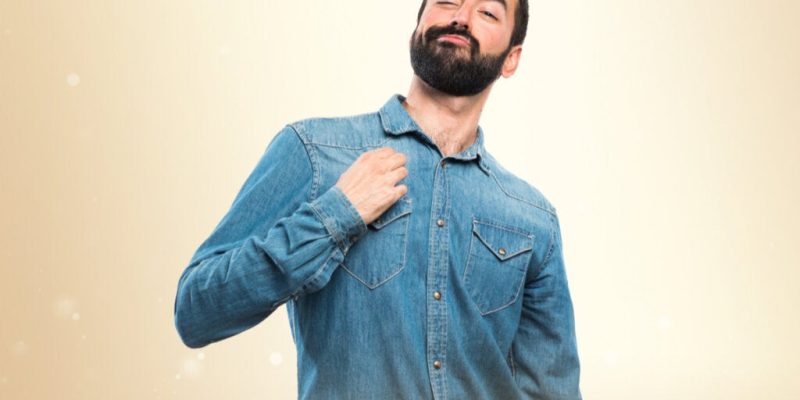 Have you ever wondered if your partner is a narcissist? If so, you’ll probably have observed some rather unusual and unpleasant behavior. For example, they might refuse to talk about their problems or disappear when your relationship hits a rocky patch. However, this type of behavior can occur both in narcissism and avoidant attachment, so it’s important to know how to differentiate between the two.

It’s worth mentioning that anyone can exhibit this type of attitude without it implying that we’re suffering from a disorder. Therefore, it isn’t a good idea to hide behind labels and blame your partner for everything that happens. However, having the right information to hand can help you make the right decisions.

Narcissism is a personality disorder characterized by the individual giving themselves excessive importance. In addition, this oversizing of the self is often combined with an excessive demand for attention. These traits complicate their personal relationships, which become instrumental. In other words, they’re simply a means to an end.

The narcissistic person believes that they’re truly superior and they expect preferential treatment. They feel that others are responsible for their well-being and to satisfy their desires. Furthermore, they tend to establish relationships that aren’t particularly symmetrical. They’re usually arrogant people, who exaggerate their achievements, are envious, and are often easily offended.

Above all, they’re unable to perceive and take into account the needs and emotions of others. For this reason, in a relationship, they’re likely to treat their partner with a certain veiled contempt and don’t show any emotional responsibility.

Avoidant attachment is a bonding style learned from infancy. Due to their relationship with their main caregivers (the parents) and certain early experiences, children develop a certain attachment style.

Avoidant attachment is characterized by a distant attitude and marked independence. The individual is often suspicious and fears (and avoids) becoming emotionally involved with others. They have difficulty expressing their emotions and being vulnerable and prefer to keep their relationships superficial.

This fear of intimacy makes relationships difficult since they’re unable to show affection or admiration for others. Therefore, people with avoidant attachment try not to get too involved in relationships.

The similarity between narcissism and avoidant attachment

As you can see, narcissism and avoidant attachment are two extremely different realities. However, their day-to-day manifestations, especially in relationships, can be similar and become confused. Here are some of the behaviors and attitudes that people of both categories can present when they’re in a relationship:

The differences between narcissism and avoidant attachment

The above situations are those that can occur when dating either a narcissistic person or an avoidant attachment personality. However, although in practice their attitudes are similar, their intentions and background are quite different.

The person with avoidant attachment is unable to manage their emotions. Due to their bonding style, they learned not to express their feelings or to appear vulnerable and developed self-sufficiency. That’s because their care figures didn’t respond to their demands. Thus, as an adult, they fear emotional intimacy and may feel overwhelmed in certain situations.

If they’re unable to express their affection, avoid conflict, and refuse to talk, and if they’re distant and focus on other areas of their life, it’s because the emotional world intimidates and overwhelms them. Indeed, they feel really uncomfortable with too much intimacy or emotional intensity. Hence, if they avoid or neglect their partner, it’s to avoid this discomfort. However, if they care about their partner they should be able to empathize with them as they don’t want to hurt them with their actions.

On the contrary, narcissists only think about themselves and their own desires. They believe that their partner is there to satisfy them and that any claim or argument on their part is unacceptable, as it’s causing them problems. So they give them the silent treatment to punish and blame them. Furthermore, they neglect their partner and don’t take their feelings into account. In fact, not only do they run away and refuse to talk, but they also accuse their partner of complaining, exaggerating, and causing problems.

In addition, the narcissist may display contradictory attitudes. Some days they’re cold, avoidant, and distant and on other days they’re extremely intense, attentive, and full of compliments. In effect, they’re only motivated by their own convenience and desires.

In short, the main difference between narcissism and avoidant attachment is the way empathy operates. An avoidant person may be aware of their difficulties and try not to harm the other, even seeking help or undertaking therapy to find a solution. On the contrary, a narcissist will never admit their mistakes, problems, or abusive behavior. They’ll simply blame and accuse their partner and won’t ask for help or seek change.

If your partner shows some of the above attitudes and behaviors, try to discern what’s behind it. You could even seek professional guidance if you feel you need it. It’ll help you understand and make the right decisions to guarantee your own well-being. Remember, no label ever justifies someone hurting you. 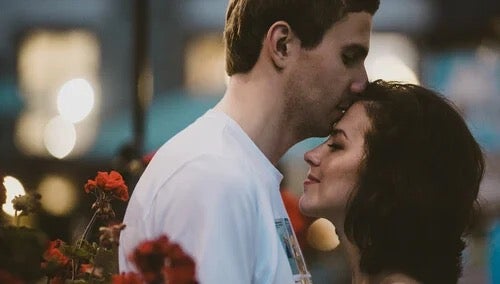 Attachment Styles and Adult Relationships
Research suggests that your attachment styles in childhood affect your adult relationships. Learn more about it in this article. Read more »

The post Narcissism and Avoidant Attachment in Relationships appeared first on Exploring your mind.