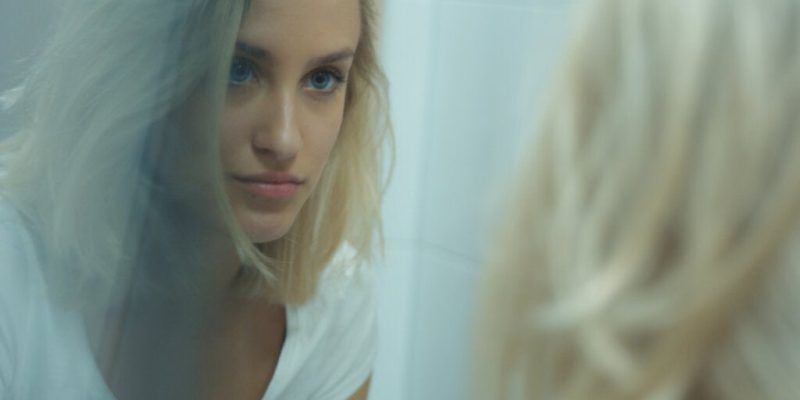 In your internal dialogue, are internal voices that were once external and whose content you internalized. This means it’s easy for you to judge yourself as you were judged, with the same harshness and lack of compassion. In fact, just as you saw another person blame their mistakes on you, you do too.

So why does a child who isn’t afraid of making mistakes become an adult who is? Why does an adult, instead of treating themselves with affection and self-compassion, form part of that group of people who are continually judging them?

Building self-concept with what you find

Almost 50 years ago, Shavelson (1976) claimed that the construction of the perceptions that make up self-concept are our own experiences, our experiences with others, and our attributions about ourselves. He claimed that early experiences emitted by care or attachment figures are fundamental. Since they develop alongside us, it’s easy to assume that they’re inherent to us.

If a person has been constantly criticized for their mistakes, it’s easy for them to begin to imitate this pattern internally. This is especially the case if the affection that their reference figures showed toward them was dependent on whether or not they made mistakes. For instance, if someone receives praise when they’ve lost weight in order to bring themselves in line with what’s normative or socially desirable, it’s easy for them to assume that any praise they receive is also linked to their weight.

Several studies have supported the hypothesis that well-being is closely related to self-concept and self-acceptance. However, it can’t take place without self-compassion.

When the internal dialogue is accepted with all the external judgments (now internal) considered to be true, problems of addiction, difficulty in family relationships or domestic violence, among others, can appear (García, Musitu, and Veiga, 2006).

Guilt and self-compassion are closely related. All self-conscious emotions, including guilt, appear through an evaluation relative to the self. These types of emotions are sometimes considered as social emotions that arise in the internalization of culture,what’s right and wrong, and the social context (Etxebarria, 2003).

Guilt is characterized by the interpretation of a certain action as negative and the corrective action to try and end the accompanying discomfort.

Are we then condemned to live with the guilt of a conflictive relationship with a parent, a friendship that ended because of something we did, or an opportunity that we missed?

If we apply the mechanisms of our hypothetical emotional inheritance, without modifying it, we may live conditioned by that emotion for years. However, the fact of receiving a certain emotional inheritance in which limiting guilt is the protagonist doesn’t have to condemn us. Indeed, fortunately, today, there are a number of emotional interventions that can help manage this limiting tendency.

Self-compassion therapy proposes to cultivate a key skill for the reconstruction of the self-concept: self-compassion. In self-compassion, we find a space to experience our emotions without judging and rejecting the experience. In addition, it’s a tool that opens a space to get an idea of the situation and view it less critically. It also gives us the opportunity to understand all the consequences of certain experiences.

By refraining from labeling emotions as positive or negative, the need to correct them disappears. Therefore, we can focus on experiencing them as they come, without the need to modify them. With modification, we avoid, with experimentation, we accept.

The empty chair technique can be a good tool to begin to dismantle the internalized belief system in which guilt lies. It’s also useful for working on self-compassion and understanding. That’s because we can return to distant situations now seen through different eyes.

You’ve probably found yourself occasionally saying things like“I’m stupid, I shouldn’t have done that”, “How did I stay in that relationship for so long?”, “Now my mother’s no longer here, I really regret how I treated her in my adolescence”, or “Why did I stay in that job? I was so weak!”

However, today, you probably wouldn’t make the same judgments that you did at the time of experiencing the situation. You have to take into account that the context had an important part to play in making you feel so bad. This is where the empty chair technique can be extremely useful.

How to carry out the empty chair technique

The empty chair technique can be performed in face-to-face or remote therapy. You can also try to implement it on your own if you want. Place an empty chair in front of you. Now, imagine yourself from the moment in time you want to address. It could be the you who didn’t get along with your mother. The you who failed and couldn’t study the career you wanted.  Or the you who stayed in an abusive relationship. ‘Sit’ them in the chair.

Tell this former self everything you want to say to them from your current perspective. Then, sit in the chair yourself and reverse roles and talk about everything from your point of view at that time. Try to remember as much as you can. For example, your hairstyle, the clothes you wore, and the music you listened to. Anything, in fact, that can help to transport you to that now distant scenario. Explain how useless you felt, how you feel you deserved what happened to you, and how you behaved like an idiot.

The idea behind the therapy is that you gain an insight into the ‘old you’, and how you thought at the time. In effect, you experience different aspects of yourself. This helps you recognize your emotions and internal struggle. In other words, you develop self-compassion.

Self-compassion: the courage not to give up

Self-compassion is even more important than external compassion. That’s because it’s only you who has the complete information as you were the only one who experienced those situations.

Can you really blame your past self for not getting along with your mother when you take into account how she made you feel and how lonely you were? Will you still be able to tell yourself how useless you were for staying in an abusive relationship, considering the isolation and desperation you felt at the time? Can you continue to criticize your past self for rejecting others when the only thing you experienced in your past was rejection?

Hopefully, you’ll begin to understand yourself without judging. You’ll start to understand that those who judged you and continue to judge you lack the emotional experience of your suffering. As you can see, the empty chair technique can be a good start in substituting self-compassion and acceptance for self-judgment. It’s a self from several years ago talking to a self from today. 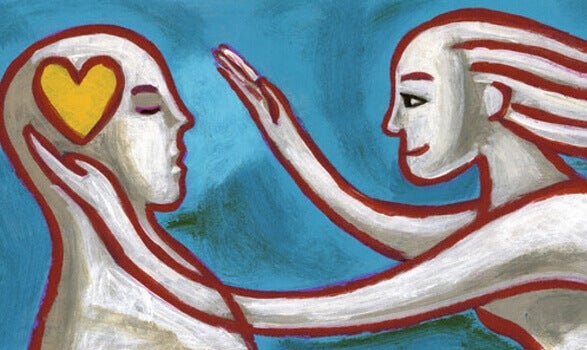 5 Gestalt Techniques For Personal Growth
Gestalt techniques have been used for many years by therapists. Considered controversial by some, others feel there are some benefits in using them. Read more »

The post The Empty Chair Technique for Building Self-Compassion appeared first on Exploring your mind.