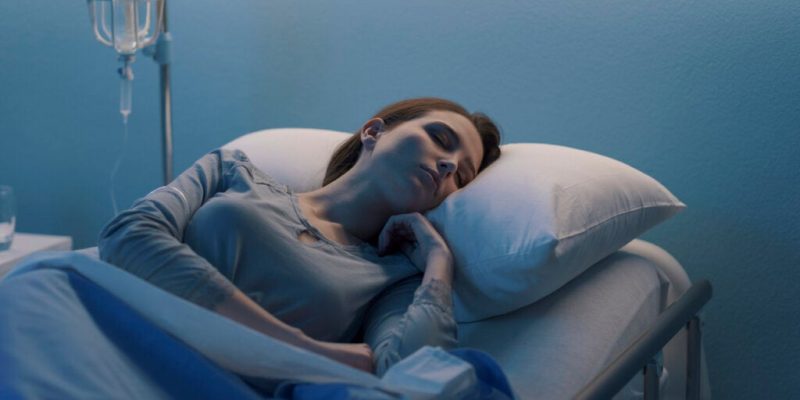 What gives hope to the sick? Where do they find strength? Where do they go when they need help? These issues are resolved differently for each patient.

After all, it’s not the same for someone to be suffering from a terminal illness as a chronic illness that they can live with, or to have suffered an accident that’s changed their mobility forever. Dealing with pain is different in each case, as is hope.

Those who are extremely sick tend to feel that they don’t really fit into the world. Their mental health suffers, and their discomfort prevents them from having the courage to carry out many activities. Where do they look for hope?

When faced with a terminal – or potentially terminal – illness, most people tend to associate hope with a tangible treatment or cure that could prolong their life. This tends to happen even if there’s a volume of evidence to the contrary.

Part of this illogical hope may stem from the inappropriate information health professionals give to patients when they deliver bad news. Doctors are often hesitant to deliver devastating news, and may refrain from telling the truth in an effort to maintain and bolster hope.

Therefore, they frequently temper the diagnosis of a terminal illness with an unrealistic and inadvertent ‘therapeutic’ hope. Such misguided hope may involve informing patients about useless treatments.

Physicians caring for terminally ill patients face the challenge of balancing honest communication with the nourishment of hope. After patients’ initial distress at the news of their terminal illness, their future is often defined by family, close friends, and the meaning of life, rather than the amount of time they have left.

Patients’ thoughts and concerns become more global as they tend to anticipate and hope for a positive outcome for the benefit of their family and friends. Then, as death approaches, they often turn to themselves, expressing a wish for serenity, inner peace, and eternal rest.

Hope in other diseases

What feeds the hope of the sick? Where do they find strength? Where do they go when they need help? These were questions that were asked of almost 400 patients aged 18 to 90 years in a study.

The patients suffered from many different ailments, ranging from broken bones to cancer. Some were still being treated. Others had recovered. Nursing students asked the questions. Later, they had to write a log in which they reflected on the conversations.

The patients felt the questions were rather personal. They found themselves having to step out of their own comfort zones into really intimate conversations. However, at the same time, they felt relieved to be able to put their feelings into words.

What gives hope to the sick?

Finding comfort and strength in illness can be really difficult and challenging for those who are going through the cruelest pain along with the uncertainty as to whether or not they’ll survive.

Some of the participants’ responses are described below.

Hope is important in enduring suffering and can be crucial to how we deal with illness.

The researchers also made reference to an international metastudy that studied patients from different countries with a variety of medical diagnoses.

The vast majority of the nearly 400 patients in this particular study said they found hope in family and friends. It didn’t take that many, one or two were enough. It was simply important to share their thoughts with someone they trusted and who was willing to listen.

Many described this as the hope that there was something else, something outside of them, that would come to their rescue when they were going through a difficult time. Although many were non-believers, they prayed like this ‘for safety.’ They were hoping that someone up there would listen to them; a force in the universe that could help them.

When the patients were outside, in natural surroundings they forgot about their own problems. They used words like calm, peace, and comfort to describe how they found hope in the great outdoors.

For some, it was difficult to go outside due to health problems. They used nature films to find rest and strength to move on and forget the pain.

By the end of the 19th century, Florence Nightingale was already aware of the healing function of nature. Nowadays, there’s a large body of research that suggests that nature is important for health, including mental health.

Those who found hope in friends and family, nature, or the universe often found hope in several of these sources at the same time. They were confident that something or someone could help them.

Hope had given them strength and helped them endure the suffering associated with the disease. However, a small group had lost confidence in a hope outside of themselves. They found no hope anywhere except from within, as they’d suffered previous disappointments that had scarred them.

5. In the little things of everyday life

For these patients, hope was daring to believe that something better was possible. Often it concerned small, everyday things, like having enough food in the fridge or asking for help with their washing and cleaning. It could also involve having a suitable place to live, work, or something more meaningful to fill their everyday lives.

Hope appears most often in contact with others. Many of the patients had experienced disappointments, both with themselves and with others. Therefore, having someone around them who had faith in them and who they could trust was extremely important.

Hope is something that arises in relationships with others. It’s largely about creating good living conditions and environments. For example, having generous and inclusive communities.

For those who participated in the study, it was also about making decisions. Indeed, those interviewed were concerned about the importance of their own efforts to bring about change. 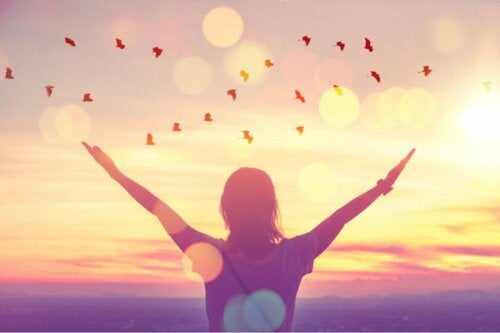 Some of the Best Sayings About Hope
Here are some illuminating phrases about hope from some extremely illustrious figures. They’re an interesting blend of wisdom and imagination. Read more »

The post What Gives Hope to the Sick? appeared first on Exploring your mind.