Aggressiveness in women is a taboo subject, but a real one. It appears that, during childhood, girls display the same anger behaviors as boys. However, over the years, they tend to become censored. In fact, any manifestation of aggressiveness is seen as ‘out of place’.

However, in both boys and girls, aggression may have an adaptive value. Anger motivates us to communicate to others that they’ve hurt us. Children express what they can’t tolerate with rage or crying. Who are we, as adults, to suggest they hold back these kinds of emotions?

Indeed, as parents and caregivers, we should support our children in understanding their emotions and behaviors. We must validate their feelings and teach them how they can manage the energy of each emotional state they experience.

The hypothesis that’s been used in recent years concerns the idea that if during adolescence we teach girls that any sign of anger is out of place, we’re promoting the internalization of their anger. This is the kind of inhibition that makes them more vulnerable to mood and anxiety disorders and eating disorders.

The total repression of aggressiveness affects the mental health of adolescents

Since, in many cases, it’s covert or disguised, we know less about aggressiveness in women than in men. As a matter of fact, aggression and violence are often seen as male problems.

There’s a certain amount of truth in this assumption. Indeed, globally, men are more violent than women. However, women frequently engage in other forms of aggressive behavior. In fact, research claims that women express their aggressiveness more indirectly.

Systematically inhibiting anger or rage doesn’t make it go away. It merely tends to become internalized in the form of frustration that’s subsequently channeled at the first available opportunity. If the manifestation of anger in girls ends up producing sadness, this is due to internalization. Consequently, rather than being aggressive, they’ll prefer to be indifferent, submissive, and quiet.

The price of exhibiting self-control instead of emotions opens the door for other behaviors and even physiological functions to get out of control. It’s hardly surprising then that, at the same time as certain behaviors and emotions are repressed in adolescence, others become out of control. For example, episodes of binge eating, vomiting, insomnia, self-harm, etc.

An increased risk of relationship violence

Women, because they don’t want to be seen as ‘crazy, inadequate, or extremist’, tend to repress any feelings of anger. Nevertheless, this often leads them to another type of more relational violence, even more than occurs among men.

Indirect or relational violence takes its toll on girls. Rude answers, being deliberately moody in public, spreading rumors and intimacies, ridiculing or undervaluing people they don’t know, etc. These behaviors generate feelings of helplessness, discomfort, anger, frustration, and aggression in the person on the receiving end, just like a slap or a blow.

Not saying what they dislike about a person directly or not pointing out an aspect of another’s behavior that hurts them doesn’t improve their relationships. In fact, it’s quite the opposite. Without realizing it, a person who represses everything they think and feel develops passive-aggressive behavior. This is difficult for those around them to bear.

Women frequently engage in other forms of aggressive behavior, as explained in a study conducted by Deborah South Richardson who studied forms of aggression in women. She revealed that women are at least as likely as men to employ indirect aggressive strategies and that the nature of a relationship is a better determinant of aggressive action than gender.

Research on aggressiveness in women

Research consistently reports that women use indirect aggression to an equal or greater degree than men. Indirect aggression occurs when someone harms another, while masking their aggressive intent. This aspect was studied by Kaj Björkqvist and his colleagues.

They claimed that specific examples of indirect aggression include spreading false rumors, gossiping, excluding others from a social group, making advances without direct accusation, and criticizing the appearance or personality of others.

The use of indirect aggression by girls exceeds that of boys from the age of 11 (Archer, 2004). This difference persists into adulthood. In fact, compared to men, adult women use more indirect forms of aggression in various areas of life (Björkqvist et al., 1994; Österman et al., 1998).

Several prenatal and postnatal influences increase the risk of aggression later in life, but most don’t differentiate between men and women. Of the risk factors reviewed, the strongest evidence of sex-dependent effects is maternal postnatal depression, maternal prenatal malnutrition, and prenatal exposure to drugs and alcohol.

The dual hormone hypothesis has had some success in predicting aggression in men, but less so in women. Data on estradiol and progesterone suggest the possibility that high levels of these hormones reduce aggression and self-directed harm in women. However, much more work is needed on this subject.

Most studies on the brain and the hormonal mechanisms of aggression have been conducted with men. Others didn’t examine gender differences or did so in a post hoc study that relied on small samples.

Therefore, it’s difficult to draw any firm conclusions about how the reviewed processes influence aggressiveness in women. However, according to Richardson (2005), the behavioral data is clear that women tend to predominantly engage in indirect aggression. 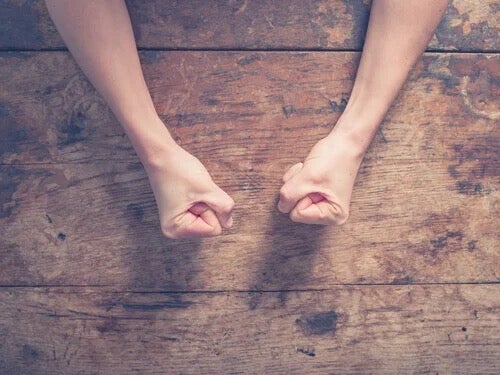 Aggression: Four Determining Factors
Sometimes, aggression can occur due to environmental reasons. This article explains what these causes are, along with some relevant research. Read more »

The post What Characterizes Aggressiveness in Women? appeared first on Exploring your mind.