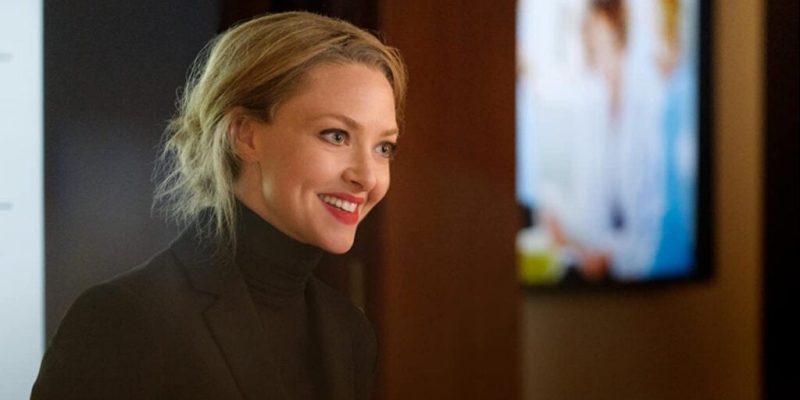 The Dropout is an eight-part miniseries directed by Elizabeth Meriwether. It’s based on the podcast hosted by Rebecca Jarvis and was produced by ABC News. The plot focuses on the rise and fall of Elizabeth Holmes, founder of Theranos.

Touches of comedy mixed with drama make The Dropout fast, witty, and meaningful. It asks the question, how did this sophomore college dropout manage to fool everyone?

The series is a critique of scientific overproduction in the field of innovation, where the principles of science itself are often abandoned. Holmes’s favorite phrase is “Do or do not. There is no try”. However, that’s how science has become what it is, by repeatedly trying. Indeed, it’s thanks to its failures and errors that it ultimately obtains solutions.

The Dropout: the dream of being famous and changing the world

Elizabeth Holmes fulfilled her lifelong dream. She’d dreamed of being a famous revolutionary billionaire, like Steve Jobs. Furthermore, she achieved it. However, the second part of the story tells us how she did it with a defective product, a fact which she quickly covered up at the height of her fame.

Technology enthusiasts saw another ‘visionary’ who was going to use technology to improve the health of millions of people around the world. In addition, she was a woman, accessing territories that were traditionally male-dominated.

The Dropout addresses the idea that it’s not necessarily what you have but how you sell it that matters. It suggests that many of the ‘cubs’ of Silicon Valley were overwhelmed by the number of geniuses who’d changed the world like Steve Jobs and Elon Musk. They thought that they were destined to achieve the same glory.

This presented the problem that many students abandoned the idea of ​​practicing science, technology, and biomedicine as a vocation. Probably because this would mean adopting discreet positions and focusing on valuable products, necessary for the world to keep turning.

A student with more desire to succeed than practice science

From the first episode, in the character of Elizabeth Holmes, all the clichéd phrases on the idea of “if you want, you can” come together in problematic ways. Before becoming a university student, we see how her father is fired from the company where he worked for possible fraud.

“This is what happens when you work to change things. First they think you’re crazy. Then they fight you. And then, all of a sudden, you change the world.”

Elizabeth feels the desperation of her family to see her do well. After all, her father was a simple worker, even though he earned a good salary.

From the first episode, we see how her obsession to be a millionaire and create a new product reaches ridiculous levels. Furthermore, her parents, instead of instilling in her the values ​​of study, work, or modesty, encouraged her to make becoming rich and famous her only dream.

Elizabeth Holmes was born on February 3, 1984, in Washington, DC. Her mother, Noel, was a congressional committee staffer. Her father, Christian Holmes, worked for Enron before moving on to government agencies such as USAID.

When she was 7 years old, Holmes attempted to invent her own time machine, filling an entire notebook with detailed engineering drawings. At the age of nine, she told her relatives that she wanted to be a billionaire when she grew up. Her relatives described her as saying it with “the utmost seriousness and determination”.

It was during high school that Holmes developed her work ethic, often staying up late to study. In fact, she quickly became an A student and even started her own business, selling C++ compilers, a type of software that translated computer code to Chinese schools.

Holmes began taking Mandarin lessons and, halfway through high school, she convinced Stanford University to accept her on their summer program, culminating in a trip to Beijing. There, she met her former lover and co-founder of Theranos, Sunny Balwani, a man much older than her and a billionaire.

The radical turn in the life of Elizabeth Holmes

Holmes entered the Faculty of Chemical Engineering at Stanford University, already more eager to be a millionaire than to learn. That was the beginning of the scam and the end of a laudable and somewhat inspiring dream as her idea was to be ​​a billionaire, whatever it cost.

Wanting to change the world is an admirable idea for young people to possess. Indeed, having enthusiasm for creating something that improves people’s quality of life through technology is extremely valuable. However, insisting that they should be a millionaire for that same idea shouldn’t be so important to them.

If they work hard, the results will come later. In fact, in order to change or improve the world, there must be far more passion for the idea than for the ego. Elizabeth Holmes made the mistake of stepping on the accelerator at the age of 19, leaving the university in her second year of studies, like other ‘revolutionaries’.

The end of a company that never really existed

In 2014, the blood-testing startup company, Theranos and its founder, Elizabeth Holmes, were on top of the world. Her revolutionary idea that, with a single drop of blood, a device could detect countless diseases, amazed the world.

Holmes was the world’s youngest self-made female billionaire. Theranos was one of Silicon Valley’s unicorn startups, valued at roughly $9 billion. However, before long, everything started to fall apart.

The shortcomings and inaccuracies of the Theranos technology were exposed, along with the role Holmes played in covering it all up. Holmes was removed as CEO and charged with ‘massive fraud’.

The company was forced to close its labs and testing centers, bringing it down like a house of cards. Nevertheless, while awaiting trial, Holmes reportedly found the time to become engaged and marry a hotel heir named Billy Evans.

Holmes has since been convicted of fraud in federal court. In January 2022, jurors found her guilty on a count of conspiracy involving investor wire fraud. She was also found guilty of three substantive wire fraud counts relating to a scheme to defraud investors.

They found her not guilty on four other counts and failed to reach a unanimous verdict on the remaining three counts against her. She may face 40 years in jail. However, Holmes, who’s considered by many to be a sociopath, continues to post inspiring messages on social media and live a life of luxury. She’s a fraud, a disgrace, particularly for all the scientific women who dream of changing the world for real. 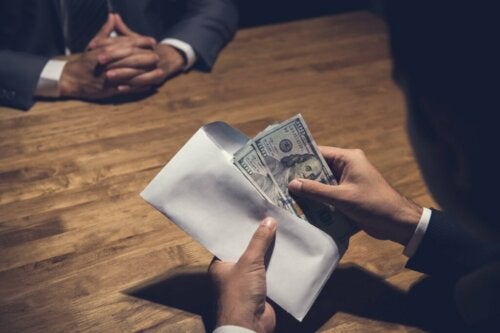 The White Collar Criminal: Characteristics and Psychological Traits
The white-collar criminal almost always fits the profile of a psychopath. Furthermore, their crimes are tolerated in many societies. Read more »

The post The Dropout: The Story of the Woman Behind the Theranos Scandal appeared first on Exploring your mind.

Nine Helpful Guidelines if You Have a Child With ADHD