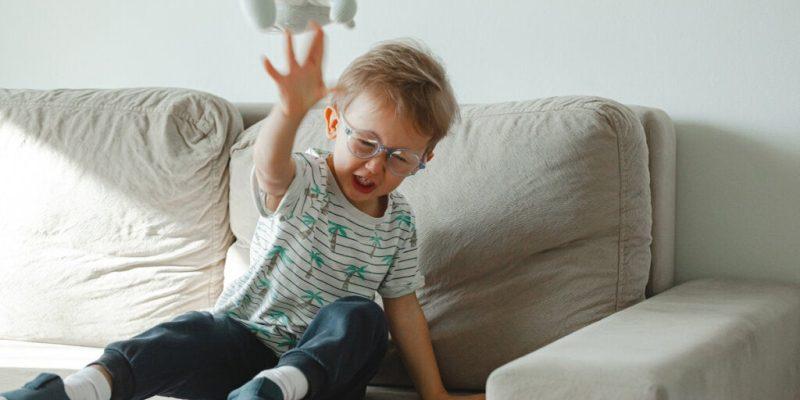 You only have nine months to prepare to be a parent. You learn as you go, with the way you communicate and the time you spend with your child teaching them right or wrong.

No one has ever said that being a parent is easy. It takes time, dedication, patience, and in some cases sacrifice and suffering. In addition to this, if your child suffers from attention deficit hyperactivity disorder (ADHD), whether predominantly inattentive, hyperactive, or combined, your responsibilities are increased. In fact, you might feel powerless and not know what to do or say. Don’t worry, all of these emotions are normal.

Once you know what’s wrong with your child, you may feel really relieved. That’s because, from then on, you at least have a reference point, one you can use to form expectations about what may happen in the future. Even if it doesn’t allay all your fears, it reduces your uncertainty.

As a parent, you’re the most important protective factor in reducing the impact of ADHD on your child’s life. Furthermore, there are many strategies you can implement to improve both your and their quality of life. However, first of all, it’s important to understand this disorder in more detail.

ADHD is a mental health problem that usually presents in childhood, generally around the age of six. It’s labeled as a behavioral disorder but can also persist into adulthood.

Children who suffer from this condition tend to be hyperactive (excessive physical activity), display impulsive and disinhibited behaviors, and have difficulty completely and continuously sustaining their attention.

All of these symptoms can occur in different contexts. It might be at school, at home, or with their friends. They can also happen when they’re performing any activity. For example, eating, cleaning, doing household chores, etc.

As a parent, you might be worried about what you can do. Psychological, neuropsychological, pedagogical, and medical assessments are important. In this article, we also give you nine guidelines that can help.

Different investigations have shown that positive impacts generated in children often come from the understanding of the problem by their parents. In other words, if your child feels that you understand how they feel, they’ll be more relaxed and you’ll become a source of help for them.

It’s important to stress that your child often doesn’t do things that are wrong on purpose. For example, if they forget their books, coat, or break something, you must remember that it’s a common aspect of the disorder, and they aren’t usually doing it to annoy or disobey you. Indeed, you must always be aware of the disorder and how it affects their behavior.

Punishment isn’t always a good option, because children with ADHD don’t know what they’ve done wrong. In fact, they act first, then understand what happened.

You must try and give a positive orientation to their mistakes. If they forget their homework, instead of punishing them, give them different tools to deal with their mistake. For example, they might call a classmate, or ask the teacher to write down what they have to do.

If your child grows up in a relatively orderly environment, it’ll help their organizational abilities regarding the activities and tasks they have to carry out. On the other hand, a messy and disorganized context, in which their tasks can vary, overlap, or alternate in structure, is more likely to confuse them and generate failure.

As an example, when they come home from school, they should change their clothes, wash their hands, eat something, brush their teeth, take a nap, and then do their homework. This same order should be maintained every day. Otherwise, it’s quite possible that they’ll skip some elements or not carry them out properly.

One of your biggest concerns may be that your child doesn’t follow the rules and instructions you provide. You can increase your chances of success when you want them to do something by applying these simple rules:

5. Encourage them to exploit their skills

Encouraging their natural abilities, whether they be art, cooking, or maths skills will increase their self-esteem and feelings of efficacy. Furthermore, this will help you focus on their positive aspects and improve your relationship.

If you don’t know what activities they like and they’re good at, make sure you find out.

Bad behavior is part and parcel of the condition of ADHD. This makes it all too easy for you to lose sight of the positive aspects of your child and focus on their weak points instead. Nevertheless, if you know their strengths, the way you look at them will substantially change.

Any modification of your child’s behavior with positive or negative consequences should be carried out immediately. If you do it too far after the event your child may have forgotten or not understand what they did wrong.

7. Learning is important, not grades

Children with ADHD are usually put under certain pressure to obtain good grades. However, due to their difficulty in maintaining attention, impulsiveness, or both, they may feel frustrated. This means that they don’t obtain the expected results, and they also don’t learn.

For this reason, you should rethink your expectations regarding their academic journey. It’ll help decrease their frustration and enhance their learning at school.

8. Reduce the use of negative labels

This point is of the utmost importance for everyone in your child’s environment. If your child is classified as lazy, moody, forgetful, and badly behaved, and they believe that the significant adults around them observe these aspects in them, it’ll affect their self-esteem and subsequent behavior. Furthermore, filling their head with negative messages only makes them focus their attention on the bad.

Therefore, instead of telling them that they’re lazy because they don’t tidy away their toys, it’s better to ask them again, omitting any personal assessments. If possible, if you do make observations, make them about their behavior and not about them.

If you’re able to identify certain variables as triggers for bad behaviors, you can take steps to anticipate them. For example, if, when you go to the supermarket, your child constantly touches all the products and runs around the place, before leaving home, you should state, in a concrete and clear way, the specific behaviors that you expect of them. Also, tell them the positive consequences if they comply.

Finally, we must mention that you shouldn’t think you need to always follow these recommendations to the letter. Indeed, a great deal depends on the contexts in which you apply them. They’re also not the only points to consider when educating a child with ADHD. However, they constitute general parenting guidelines that can be extremely useful. 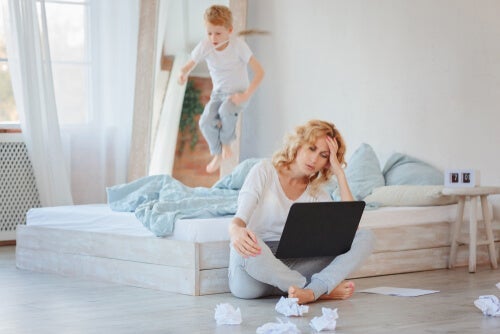 The post Nine Helpful Guidelines if You Have a Child With ADHD appeared first on Exploring your mind.

The Dropout: The Story of the Woman Behind the Theranos Scandal