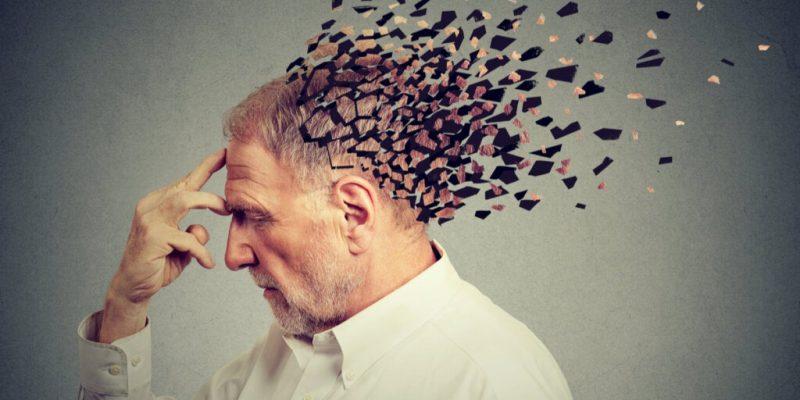 Research on the causes of dementia continues to grow, highlighting the fact that our current knowledge about the disorder is somewhat limited. While some discoveries, such as amyloid plaques or tau protein, remain relevant there’s now much more currently being explored.

Alzheimer’s disease is the most common form of dementia, although there are more types. Other common forms include vascular dementia, Lewy body dementia, and a group of diseases that contribute to frontotemporal dementia.

The boundaries between the different forms of dementia are diffuse and mixed forms frequently coexist.

The effects of dementia

Dementia is the term used to describe the symptoms of a large group of disorders. These cause a progressive decrease in the sufferer’s ability to adapt. While there are individual differences, the disorder commonly affects thinking, communication, memory, social behavior, and physical functioning.

Alzheimer’s disease is the most common cause of dementia. Indeed, it represents 60 to 70 percent of all dementias. Nevertheless, it’s not the only cause. Furthermore, although the likelihood of a dementia diagnosis increases with age, dementia-related decline and age-related decline aren’t the same.

Dementia is a process. It isn’t something that happens overnight at a predictable rate. In fact, the first signs can be extremely subtle. In certain cases, they can even be confused with depression, infections, or vitamin and hormone deficiencies.

Some of the milestones in research regarding the causes of dementia in recent years and months are as follows.

A new kind of dementia

In the journal, Brain, an article named the condition of limbic predominate age-related TDP-43 encephalopathy with the more memorable acronym, LATE. LATE mainly affects people over 80 years of age. Experts claim it may represent around 17 percent of all cases of dementia.

Interestingly, some people who die with what appears to be Alzheimer’s show no telltale signs of the disease when they have a brain autopsy. In fact, the usual abnormal accumulations of proteins known as plaques and tangles are absent in these individuals.

A key feature in this scenario is the dysfunction of a protein called TDP-43. According to Silverberg, this helps control gene expression in the brain.

As a matter of fact, researchers have long known that problems with TDP-43 bring bad news. It appears that misfolded TDP-43 proteins are to blame in most cases of amyotrophic lateral sclerosis (ALS or Lou Gehrig’s disease).

One study found that, among people without memory or thinking problems, a low score on a simple memory test may be linked to biomarkers in the brain associated with Alzheimer’s disease. This study was published in Neurology, the medical journal of the American Academy of Neurology.

Ellen Grober of Albert Einstein College of Medicine in the Bronx, New York (USA) conducted research in this regard. She suggested that this memory test can be used to improve our ability to detect cognitive decline in the stage before Alzheimer’s disease is diagnosed.

We know that some types of dementia are caused by inherited gene mutations. However, what if we could correct these genes to stop them from causing disease?

The Alzheimer’s Society of America and the UK Dementia Research Institute are currently collaborating together to ensure that this therapy has a future.

Gene therapy is a cutting-edge technique that’s still in the experimental stage. Until now it’s been used to treat genetic forms of blindness and sickle cell disease. It’s also had encouraging results in treating hemophilia and some forms of cancer.

Lifestyle changes to reduce the risk of dementia 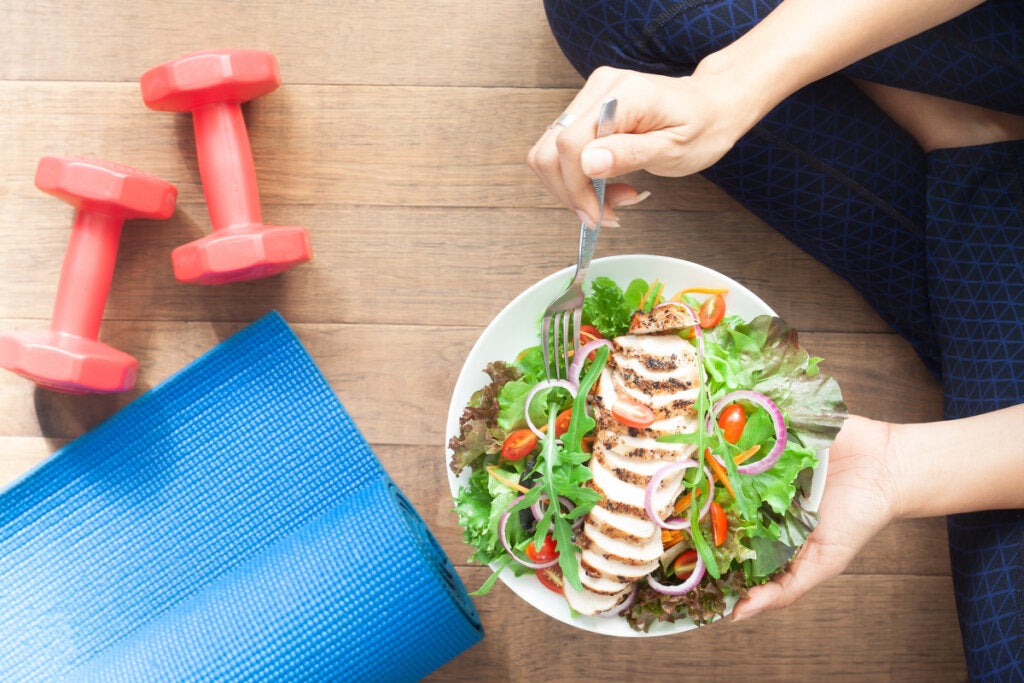 In July, an international team of dementia researchers discovered that following some simple lifestyle choices can help reduce the risk of dementia. For example, not smoking, not drinking too much alcohol, eating a wide variety of healthy foods, and exercising regularly.

This may not come as a surprise but, interestingly enough, it also applies to people with a higher genetic risk of developing the condition. Indeed, research has shown the benefit of a healthy lifestyle in preventing dementia.

The most important discovery of recent years

The lead researcher was Professor John Mamo, Director at the Curtin Health Innovation Research Institute (CHIRI). He claimed his researchers had identified the likely ‘blood-to-brain pathway’ that can lead to Alzheimer’s disease.

We know that women who go through early menopause are more likely to develop a number of diseases. That’s compared with women who start menopause at the average age of between 50 to 51. This was suggested in a 2022 investigation by the American Heart Association.

The researchers suggested that low estrogen levels may be a factor in the possible connection between early menopause and dementia. That’s because long-term lack of estrogen increases oxidative stress. This might increase brain aging and lead to cognitive decline.

Instability of brain activity during sleep and anesthesia

A new study at Tel Aviv University revealed a pathological brain activity that precedes the onset of Alzheimer’s first symptoms by many years. This is increased activity in the hippocampus during anesthesia and sleep. It results from a failure in the mechanism that stabilizes the neural network.

The researchers believe that discovering this abnormal activity during specific brain states may allow early diagnosis of Alzheimer’s disease. Without a doubt, this will allow us to develop more effective interventions. 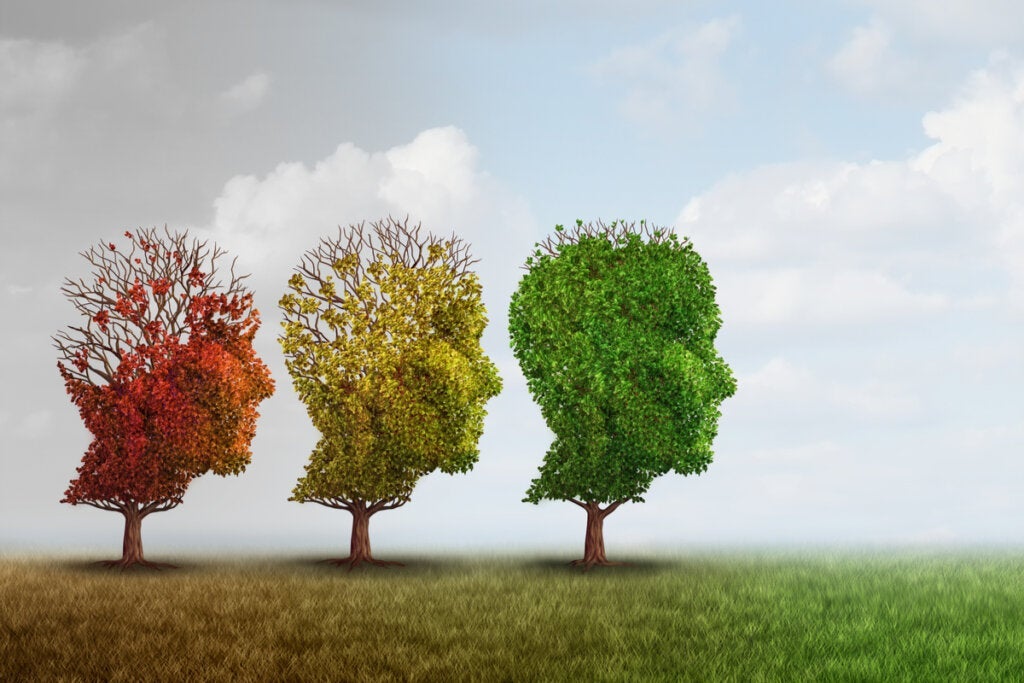 The Different Types of Dementia
There are a number of different types of dementia. In this article, we tell you about them and their associated symptoms. Read more »

The post Seven New Discoveries About the Causes of Dementia appeared first on Exploring your mind.