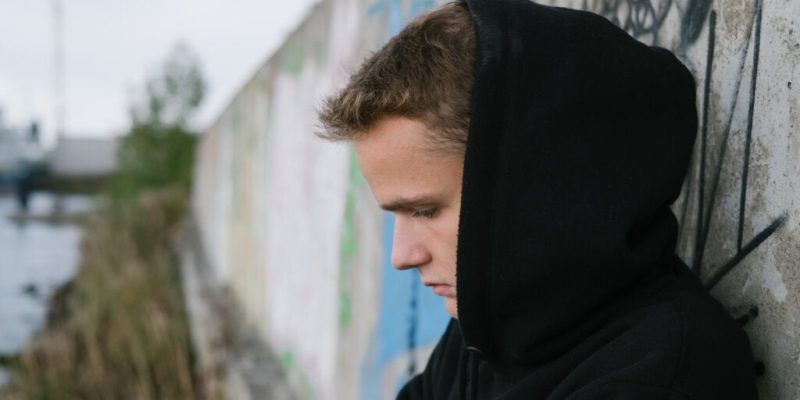 Some families are like haunted houses. There are doors that shouldn’t be opened and topics that shouldn’t be discussed. In mine, there was one particular taboo subject. It was related to the death of my father. I was fourteen when Dad suddenly started coming home late. My mother phoned the company where he worked, and she found out that he’d been fired almost three weeks ago.

The next day, when I came home from school, Mom was locked in her room, crying. My grandparents and uncles were waiting for me to give me the news that my father had died. But they didn’t tell me how. It was only during the funeral that I heard their whispered comments about how he’d committed suicide because he was in so much debt.

I felt angrier than I’d ever felt before. I was angry with everyone and especially with my father for leaving me. How could it be that only the day before, he was playing chess with me, while we talked about our plans to go on a road trip the following weekend? Why did he talk to me about the future when he’d already planned to never be in my life again?

I was only fourteen years old and I processed the tragedy with infinite rage. In fact, I was so outraged and bogged down by emotions that my family mistakenly assumed it was best not to bring up the subject anymore. They wanted to give me the time to get back to my life as a teenager. They seemed to think it was like I’d broken my leg and, after a few months, it’d heal and be as good as new.

In my family, everyone mourned the death of my father in their own way. Mine was the worst of all.

Trying to eliminate an unspoken pain

Dad was really talkative. He was one of those people who start a conversation and one topic inevitably leads to another and so on. It was like turning on the radio, he always had a thousand anecdotes to tell. When he was no longer there, the house was plunged into a deafening silence. My twin brothers were older and were at university every day. Mom worked in the family bakery, with my uncles. She left early and came back late.

Everyone returned to their own responsibilities. Their routines seemed to help them manage the loss. I tried to do the same, go back to class, return to karate in the evenings, and meet my friends on the weekends. But I started to hate my friends. They all had two parents and I didn’t.

I disconnected from many things. It was like someone had turned the lights off in a house and only one flickering light remained. As I said earlier, some families are like haunted houses and mine was one of them. When I turned 16, my life was really mixed up. I was failing at school and felt I wasn’t as bright as my brothers. I was also being bullied. In fact, I felt like I was completely in the dark and no one could see me.

Self-harm and my search to avoid pain

The day I decided to stop living, I’d just come back from seeing the movie, Inception, with Leonardo DiCaprio. I went to the bathroom and grabbed a razor. I remember looking at my face in the mirror and thinking that I was so ugly and skinny that no one would miss me if I disappeared.

This was my first attempt at self-harm. Nobody noticed for a while until one of the wounds ended up getting infected. It was one of my brothers who saw it. I remember his expression, somewhere between bewilderment and anguish, revulsion and fear. “Did you do this to yourself? Hey, man, you’re not well”. Those were the words he said to me, then he talked to mom.

Everything started to go wrong in my life when my father passed away. From that moment, things began to happen that I didn’t know how to handle. I was so angry and resentful. The only thing I wanted was to stop suffering.

The day I decided to stop living

My brother was right, I wasn’t well. In fact, it’d been a long time since I was. When Mom saw my arms and the assortment of cuts on my skin, she burst into tears. I felt really ashamed and angry. It was as if, suddenly, all the feelings I was hiding inside were now seen by everyone.

That’s when my mom took me to the doctor. The elderly, soft-spoken medic prescribed my first antidepressants. He didn’t refer me to a psychologist, nor did my family think of looking for one. They assumed that, with the medication and their support, everything would be solved. I was just going through a bad time, they kept repeating, a bad time and nothing more.

“You need to get out. Cheer up. Look at things differently” they told me. However, nothing was going well. My grades weren’t good and I knew I wouldn’t be able to go to university like my brothers. I hated myself so much and just couldn’t take the anger, rage, and self-loathing anymore. The day I decided to stop living I was 18 years old and had just broken up with my first girlfriend.

Today, I’m a grown man, but I know that the wounded adolescent, who feels alone and abandoned, is still inside me. For this reason, every day I try to pay attention to him and listen to him. I lean on others and try to have a solid environment with whom I can vent my feelings and ask for help if I need it.

Talking about what hurts

Now, I’m a grown man, a survivor of my own pain trying to hold on to life. So no, I didn’t leave the world at 18 or 20. Yes, there were more suicide attempts. But I was lucky because those of us who suffer in silence tend to recognize each other and a friend from work recommended me to a psychologist.

From that moment on, I discovered many things. I understood that some families are haunted by hidden ghosts. They live in silence and gradually get sick and die of grief, like mine. I was taught as a child not to talk about what hurts. So, when my life hurt, I assumed that there was something wrong with me that I had to hide. I found that, behind all my anger and self-loathing, lay a ton of unresolved sadness.

I became aware that we must learn to communicate, care about others, and ask ourselves how we’re doing and what’s hurting us. Today, I try to care for the wounded teenager who still lives in me. I teach him to love himself a little more every day. Finally, I’ve also come to understand the importance of knowing how to ask for help, and of having valid support figures around me with whom I don’t have to hide my wounds.  I’ve decided to cling to life…I hope others who read my story will do the same. 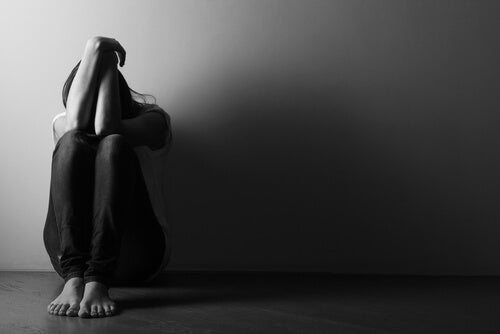 The post The Day I Decided to Stop Living appeared first on Exploring your mind.

The Lock-In Effect and How it Influences Your Decision-Making