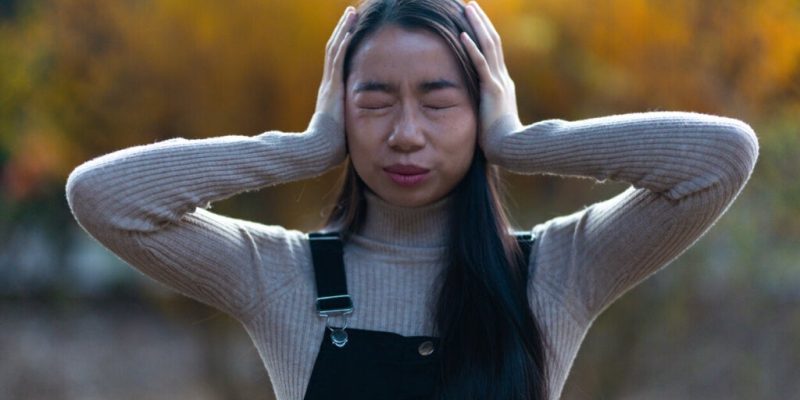 As a child, you spent a good part of your time avoiding countless situations, stimuli, and experiences. After all, the world is a threatening place and, when you were little, there were many things that made you afraid, anxious, or even ashamed. However, as you got older, you acquired certain coping strategies to face the kinds of situations that generated uncertainty.

In fact, that’s what being an adult is all about: managing your fears, not avoiding your obligations, and feeling competent and confident in yourself. That said, this rule of three isn’t always fulfilled. Indeed, sometimes, we all run away from both difficult situations and complicated emotions.

For instance, you might decide to stop thinking so as not to suffer, or refuse to address a problem to avoid feeling uncomfortable. Although this kind of avoidance reduces your anxiety for a while, it’s not a valid or recommended resource in the long term. Moreover, you might unconsciously carry out more than one type of avoidance. They’re worth knowing about so you can recognize them.

Becoming aware of your avoidance behaviors will allow you to address the underlying issues that form the basis of many psychological disorders.

Avoidance is the most common defense mechanism. By postponing tasks and situations that make you feel uncomfortable, you save yourself from suffering. In fact, in certain circumstances, avoidance is reasonable and promotes survival, as well as adaptive behaviors. One example is avoiding walking along a street at night without any lighting.

However, a study conducted by the University of Amsterdam Netherlands), suggests that excessive avoidance limits our quality of life. This research claims that the individual who repeatedly avoids one or several circumstances, stimuli, or experiences, runs the risk of developing more than one mental disorder.

Conditions such as generalized anxiety, post-traumatic stress disorder, addictions, or even eating disorders have avoidance as their underlying element. Therefore, you should carry out an act of self-awareness and review your behavior to see if you’re using any forms of avoidance behavior.

The most common avoidance behavior is the kind where you don’t want to go to certain places because they cause you fear and discomfort, or awaken unpleasant memories.

“No, I’m not going to think about that now. I’m going to put those worries aside and focus on something else. I’m only going to focus on the positive things and forget about the rest”. Who of us hasn’t said something along these lines at some point?

This is cognitive avoidance. It’s the daily effort to avoid, hide, or not face what worries you. Some people resort to self-deception and tell themselves that certain realities or problems don’t exist. Dissociation, the mental disconnection from the present, so common in trauma, originates from self-deception.

On the other hand, if you’re anxious, you feed excessive or catastrophic thinking. Indeed, thinking the worst and falling into the trap of irrationality is an example of what might happen if you don’t address what’s worrying you.

Situational avoidance is one of the most common types. It’s the kind suffered by children who are being bullied and don’t want to go to school. It’s also experienced by those who fear going to hospitals because they remind them of an uncomfortable memory or personal loss. Or, the person who hates riding elevators.

Situational avoidance behaviors seek to keep you away from specific scenarios, people, or circumstances that cause you anguish or remind you of a traumatic event.

As a child, you could dodge certain circumstances by simply saying you didn’t want to do whatever it was. Sometimes, you were successful in convincing your parents that you didn’t have to do them. However, as life became a little more complicated, you ended up reluctantly having to carry out countless undesired tasks.

Procrastination is a frequent occurrence. It means you postpone certain activities for as long as possible. Some see this kind of behavior as irresponsible. Often, behind procrastination lies anxiety and fear. This is also avoidant behavior.

Another example of behavioral avoidance is escaping. For instance, running away from a job interview, exam, or oral presentation because it causes great anguish.

“If we flee from fear, we cannot get used to it, nor do we give it the opportunity to become extinct.”

Going back to your childhood again, when you were four or five years old and felt frustrated, you sometimes threw a tantrum. In effect, instead of facing your emotions, you channeled them through unadapted and even violent reactions. You might be surprised to hear that many people continue these behavioral patterns into adulthood.

This is aggressive avoidance. It occurs when the individual projects their uncomfortable emotions onto others instead of addressing the source of their problems. One example is speaking badly to your partner if you’re having difficulties at work.

Emotional avoidance occurs when you engage in compulsive or harmful behaviors to avoid or silence your emotional distress. It can range from spending hours on your cell phone to falling prey to addictions or compulsive eating disorders.

These are situations in which the avoidance behavior acts as a cathartic mechanism to divert your difficult emotions. Sadly, it lies behind many mental health problems.

Avoidance rarely works. In fact, if you notice that your life is restricted by a constant need to avoid discomfort, fear, or anxiety, you must seek specialized help. Running away from the cause of your discomfort only increases your suffering and will ultimately lead you to develop various psychological disorders.

In the context of psychological therapy, you can learn adequate coping skills to regain control of your life and your well-being. Change is always possible. 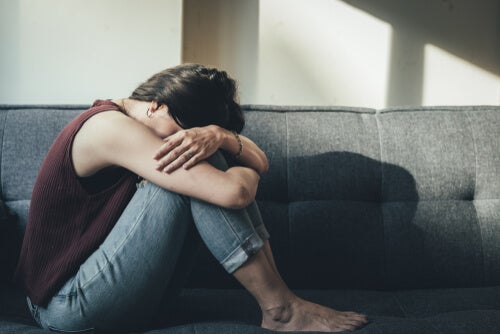 Reasons Why Avoidance Behavior Increases Anxiety
Avoidance behavior leads to anxiety, often constituted as a snowball that gets bigger and bigger until there’s nothing you can do about it. Read more »

The post The Different Kinds of Avoidance Behaviors appeared first on Exploring your mind.

I Was Fired for Having Depression