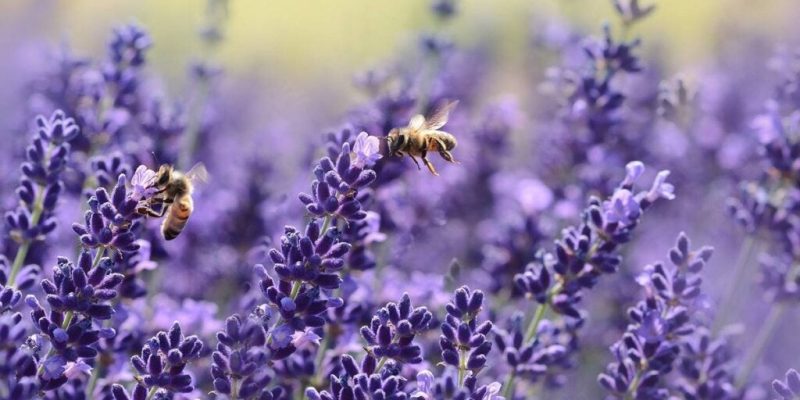 They’re tiny insects and we love to see their pollen-dappled bodies moving from one flower to another. Bees are those hymenopterous insects so necessary for the survival of our ecosystems. There are thousands of species in the world, all acting as pollinators, and fulfilling that role most effectively.

We love bees. However, sadly, we don’t take care of them too well. Climate change, added to the intensive use of toxic substances such as pesticides and insecticides for agriculture, is gradually destroying them. These key creatures are also something of a challenge for science.

As we’ve got to know them better over time, their intelligence and complex and audacious social organization never ceases to amaze us. Moreover, we’ve known for a long time that honey bees are adept at math tasks. Recently, an investigation provided another even more surprising fact. They’re able to differentiate even numbers from odd ones.

Bees are eusocial insects (with a high degree of social organization) with high cognitive abilities. This means they understand math.

Believe it or not, bees can do math

You might be skeptical about this claim. After all, how can an insect with barely a million neurons (we have close to 86 billion) have such sophisticated executive capacities?  Scarlett Howard, an intern at the University of Toulouse, who’s been teaching mathematics to bees for quite some time, explains further.

She claims that these eusocial insects have been shown to be able to add and subtract and even understand the concept of zero. Through various experiments in which she rewards bees, she’s been training them to master basic mathematical concepts. It’s helping in discovering their cognitive abilities. In fact, these range from being able to discriminate human faces to going through complex mazes.

Scarlet Howard published her research in 2019. She claims that although bees and humans are separated by more than 400 million years of evolution, we have many elements in common. Indeed, bees can do math, learn rules, and undertake arithmetic tasks that other animals with bigger brains can’t.

Discovering that bees can do math demonstrates, for the first time, that a cerebral cortex isn’t needed to carry out more complex cognitive tasks.

Bees can tell the difference between odd and even numbers

How difficult was it for you to learn the difference between odd and even numbers at school? Maybe not too tricky. However, surely you never imagined that insects like bees could also manage this task? Deakin University in Australia published a study in 2022 on this very subject.

The scientists trained individual bees. They used comparisons of odd versus even numbers (with cards with the numbers one to ten printed on them) until the bees chose the correct answer with 80% accuracy.

The results showed not only that bees can do math, but that they can identify odd numbers sooner than even numbers. This is opposite to our experiences as humans.

In fact, when we’re little we tend to learn even numbers (2, 8, 6, 10…) more easily, but it seems these little insects have a learning bias toward odd numbers.

Why does a bee need to know math?

The bee brain is tiny and, unlike humans, it lacks a prefrontal cortex. This region that allows us to carry out more complex tasks, such as mathematics, isn’t present in these insects. Therefore, how can they demonstrate this sophisticated competence? What’s more… why does a honey bee need to know math?

Insects are more intelligent than we think

Bees can do math and are smarter than we think. However, to understand this characteristic, we must remember what intelligence is. It’s the ability to infer information, interpret it, and use it to solve problems. It’s both simple and complex.

Insects, such as bees and bumblebees, are capable of learning. Not only that, they also transmit this learning to their group.

Obviously, in their day to day, bees don’t identify, for example, which flowers have odd or even leaves. But, in experimental situations in which they’re trained and given reinforcement (sugar water), they learn faster than other animals.

It’s evident that a bee doesn’t need to perform mathematical tasks to feed itself. However, it’s been shown that, in exceptional situations, they can integrate new learning in order to survive. This isn’t done by other insects, nor by a large part of vertebrates.

The above investigations have demonstrated that bees possess extremely advanced cognitive abilities. These would allow them, for instance, to obtain food in circumstances that required solving basic problems.

A world to discover

One interesting fact has become evident with these experiments. It’s the fact that it’s not necessary to have a prefrontal cortex to think mathematically. In fact, it’s enough to have just over a million neurons and a small brain to perform simple operations. That said, this particular ability to learn is a unique quality in bees and we still need to understand much more about it.

Finally, there’s one fact that can’t be ignored. The world, our planet, is far better with bees living among us. We need them. Moreover, they’re one of the most fascinating beings in our ecosystems. 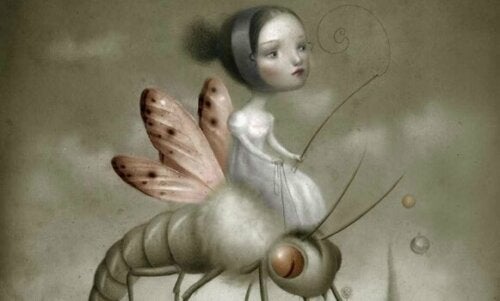 Do Insects Have Cognition?
Insects have cognition and this is proven by studies: they prefer caffeinated flowers, teach their peers and much more. Read more »

The post Bees Can Do Math, Research Claims appeared first on Exploring your mind.

Understanding Trauma Triggers and How to Deal With Them