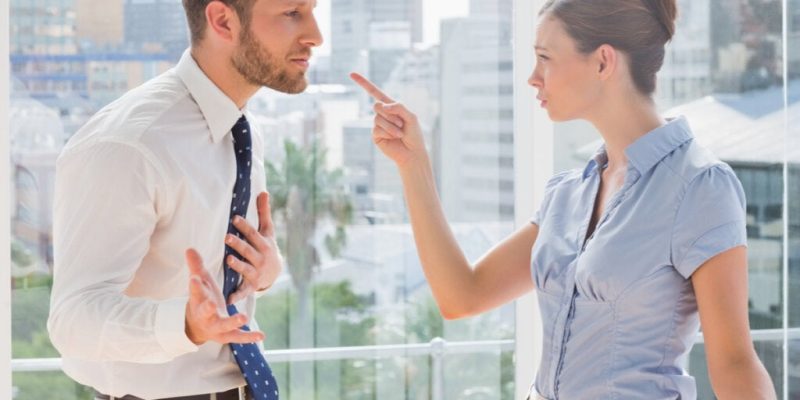 You meet all kinds of different people throughout your life. Some of them are difficult and problematic and you deal better with some than others. In fact, in certain cases, in the kinds of relationships that bring you nothing but torment and trouble, you have no option but to keep your distance and break your ties

However, what can you do in cases when it’s not possible for you to get away from these adverse figures? This is one of the biggest challenges you can face. Whether they’re a man, woman, boss, or even your mother, these are the kinds of people it isn’t easy to push away. This forces you to enable yourself in new coping strategies and management of their hostility. Because these kinds of people don’t usually change their attitudes and behavior. So, if you want to safeguard your mental health, you have to change the way you treat them.

Narcissists require admiration and respect. Completely withdrawing attention from them is the best possible strategy. In effect, you no longer nurture their egos and needs.

We all exhibit certain narcissistic behaviors. However, only a few of us suffer from the personality disorder included in the DSM-5 (Diagnostic and Statistical Manual of Mental Disorders ). That said, the label is often open to abuse.

Not everyone who undermines you with their selfishness will be suffering from a significant clinical condition. But people with a narcissistic personality disorder do exist. The condition is measured on a spectrum. Therefore, there are some more problematic profiles than others. Some might be complex, but not threatening individuals. There are also narcissists who are really successful in their careers but who, on a personal level, show exhibit harmful and dysfunctional behaviors.

You might find these kinds of personalities in your colleagues, siblings, boss, or even the professor who’s working with you on your thesis. They can unexpectedly appear in your life, disrupt it, put it in check, and mean you have to develop some daily salvation strategies to stay afloat. In this regard, the gray rock strategy is a great tool.

Try to keep your interactions with narcissists neutral. Show indifference to their demands and calls for attention. Then, they’ll lose interest in you and look for someone different to use.

The gray rock strategy aims to keep you strong by maintaining indifference without, at any time, reinforcing the needs of the narcissist. To get a quick idea, think about what comes to mind when you imagine a simple gray rock on a road or at the bottom of a river. It’s just one more element that usually goes unnoticed.

Narcissists need ‘supplies’ from the environment around them. They want attention, create drama and conflicts, and be the center of attention at all times. You need to be a neutral and resistant surface in which they can’t be reflected. Therefore, they’ll be unable to use you.

2. Attacking the narcissistic sense of entitlement

Entitlement is the characteristic that defines all narcissists. They think that the world owes them a favor. This perception is a bias that originates in their childhood. It’s either due to an upbringing of excessive attention or the opposite, full of deficiencies. It’s common for them to grow up with the idea that the function of others is to serve them and do them favors in every area of their lives.

Research conducted by the University of Wollongong (Australia) highlights what it means to live with someone who needs others to reinforce their yearning for ‘grandeur’. The gray rock strategy proposes that we attack their sense of entitlement in really subtle, but effective ways.

The gray rock strategy proposes that you should be firm in your position of indifference so that their narcissistic behavior doesn’t escalate and take you over.

3. Coldness and non-reaction, the rock that stands firm

One strategy you must remember at all times is not to antagonize the narcissist. Because doing so also gives them power. After all, these types of difficult figures feed as much on the admiration of others as on confrontation.

The moment you face a narcissist and react in anger, you’re showing them that they have an influence on you. The gray rock strategy conveys the image of a cold, firm, and solid surface.

The best thing to do is not to react and to stay cold in the face of their actions so that they lose interest in you. Sooner or later, they’ll look for another victim to use.

The importance of withdrawing your attention

The gray rock strategy aims to divert the narcissist’s behavior elsewhere by you withdrawing your attention. It shows them that you’re not an interesting target for them and that they won’t be able to get the reinforcements they need from you. So is this technique 100% successful? Unfortunately, no.

In fact, a narcissist is unpredictable, chaotic, and demanding. They’re often pathological profiles and it’s difficult to have the best armor at hand for your protection. The strategy we’ve described here can act as a starting point and a lifeline.

However, if they circumvent unethical and moral lines, you shouldn’t hesitate in opting for more drastic responses such as keeping your distance. After all, at the end of the day, your mental health is far more important than keeping a job or maintaining a relationship with a narcissistic family member. 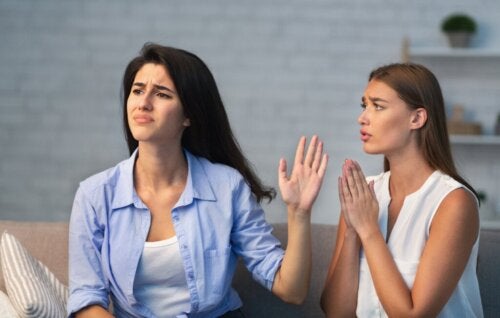 The Narcissistic Sense of Entitlement
The narcissistic sense of entitlement involves feelings of superiority. These people believe that others must meet their expectations. Read more »

The post The Gray Rock Strategy for Dealing With Narcissists appeared first on Exploring your mind.

Why Do You Feel Like Everyone is Watching You?