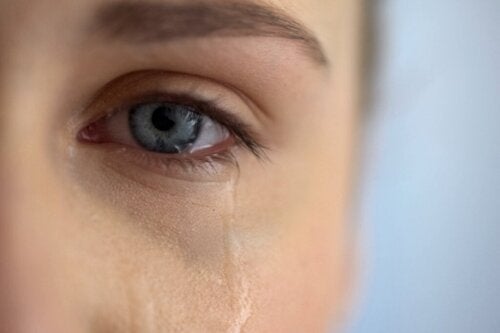 You have to allow yourself to occasionally feel sad. So next time you feel like venting your feelings, here are six movies to make you cry.

The characters, stories, and events in these movies make up the perfect mix with which you can let off steam. Indeed, they’re well worth a watch from the comfort of your own sofa.

“Honoring your own needs and sensitivities is a fundamental part of self-care and loving yourself, being aware of your needs and honoring them to benefit the health of your body, mind, and spirit.”

This is a remake of the Japanese movie, Hachikō Monogatari (1987), directed by Seijirô Kôyama. It’s based on the true story of a dog so faithful to his owner that he went to the station every day to wait for him to come home. In fact, in reality, there’s now a bronze statue at the same station erected in his honor.

Parker Wilson is a university professor who teaches music. One day, he picks up a Japanese Akita dog he finds abandoned at the station. Since no one claims it, he takes it home. Parker then discovers the intimate bonds that can unite a person and an animal. However, their routine is interrupted by a tragedy.

The Fault in Our Stars is an American teen coming-of-age movie based on the novel of the same name written by John Green. This is a story of triumph with a plot related to the kind of disease that’s not easy to face.

Nominated for an Oscar for best actor and two nominations for the Golden Globe, this American movie is the first starring Will Smith and his son, Jaden Smith. It premiered in 2006 and is based on the true story of Chris Gardner.

Forrest Gump is a 1994 American comedy-drama film based on the novel of the same name by writer Winston Groom. The film was directed by Robert Zemeckis and stars Tom Hanks, Robin Wright, Gary Sinise, and Sally Field. In it, several decades of the life of Forrest Gump, an Alabama man suffering from mild intellectual disability, are depicted.

However, this doesn’t prevent him from being the great protagonist of many of the most transcendental moments in the history of the United States in the second half of the 20th century. He claims that ” life is like a box of chocolates, you never know what you’re gonna get”.

A novel by American writer Stephen King, set in 1932. There, Paul Edgecomb is a prison officer who watches over ‘the green mile’, the corridor that death row inmates walk to reach the electric chair.

John Coffey, a gargantuan convict is accused of raping and murdering two nine-year-old girls and awaiting his imminent execution. However, are the bad guys really as bad as we think? You’ll have to watch the movie to find out.

Life is Beautiful is a 1997 Italian drama film written, directed by, and starring Roberto Benigni. Benigni plays Guido Orefice, an Italian Jewish bookstore owner who must use all his imagination to protect his little boy from the horrors of a Nazi concentration camp.

The story is partially based on the true experience of Rubino Romeo Salmoni, a Jewish Holocaust survivor. He recounted his experiences in a book entitled, I Beat Hitler.

Vent your feelings with these six movies to make you cry

Sometimes, you just need to let what you feel flow. At times like these, you crave space and are willing to accept the fact that you may be in the wrong. Any of these six movies are inspirational at times like these.

Thanks to their stories, characters, and settings, they offer you the possibility of empathizing and feeling understood. So, go ahead, have a good cry.

What Happens to Your Body When You Cry?
Crying is a healthy and expected physiological reaction to an emotional state. When you cry, your brain is actually protecting you. Read more »

The post Six Movies to Make You Cry appeared first on Exploring your mind.

Daddy Issues in a Relationship: A Lack of Attachment?