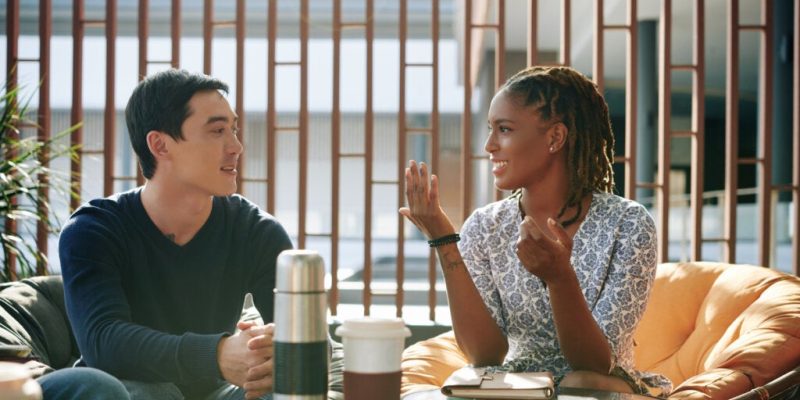 In recent years, we’ve taken many steps forward in making visible and validating the human diversity that exists in terms of sexual-emotional ties. That said, there are certain concepts that we still don’t fully understand or have a hard time defining. One such term is aromanticism. It identifies those who don’t feel romantic or loving attraction toward others. So how do people on the aromantic spectrum experience their relationships?

Firstly, it’s worth mentioning that aromanticism isn’t as uncommon as you might think. Exact statistics aren’t yet available. However, a survey conducted by the international campaign, Ace Week stated that about 16 percent of asexual people also consider themselves aromantic. Although these two terms don’t have to appear together, this data indicates that aromanticism is a reality for many people.

To understand this term, it’s important to consider the normative notion we have of romanticism. We see it as a set of loving feelings and expressions that are professed within an affective relationship. We tend to hope that every romantic relationship is marked by romance, emotional attraction, and strong and intense desires to connect intimately with each other. In fact, we consider romantic love to be a feeling inherent to the human being and something that’s essential in a couple.

However, the aromantic spectrum encompasses a series of orientations that move away from the previous conception. Thus, an individual on this spectrum is one who doesn’t feel any romantic attraction, doesn’t fall in love, or is uninterested in being linked in this way.

Expressing love through hugs and kisses, having strong romantic emotions toward others, feeling butterflies in their tummy, or looking into each other’s eyes with delight are activities that simply have no interest to them. In short, they get no pleasure in this kind of bonding.

This kind of generic definition can lead to confusion and misunderstanding. Therefore, it’s important to clarify certain points about the aromantic spectrum and what kind of people form a part of it.

They do feel love

Aromantic people do have feelings. They empathize and they love. Indeed, they can experience affection for their relatives, friends, and anyone close to them, just like everyone else. They also express the love that they feel and there’s no kind of dysfunction about it. They just don’t have romantic feelings.

Their relationships can be solid and lasting

Contrary to what’s often thought, those who are part of the aromantic spectrum can establish couple relationships. Moreover, they can be as strong, durable, and satisfying as any other. The difference is that they’re not based on romantic attraction, but on other points such as joint interests or agreements.

It’s also important to differentiate between romantic orientation and sexual orientation. In fact, despite the fact that some people on the aromantic spectrum are also asexual, it doesn’t necessarily have to be so.

They may feel sexual desire and attraction toward others, enjoy having relationships, and even engage in exchanges such as kisses, hugs, and caresses and consider them to be pleasurable. They simply won’t be expressions of romantic emotions.

It should be considered that we’re talking about a spectrum and not a category. Therefore, within it, there’s room for nuances in terms of feelings and emotional expressions. For example, it may be that for some people, hugs and kisses are pleasant while for others they’re not. There are also those who may feel romantic attraction at certain specific moments while others never do.

In this regard, it’s useful to understand complementary terms such as gray-romanticism or demiromanticism. That said, in reality, each individual’s experience is unique and there are no points that can or should be met in all cases.

They have no interest in romance

Finally, it’s interesting to dismantle one of the most common myths regarding this orientation. That’s the idea that aromantic people hate romanticism and feel repulsion or rejection toward it along with all romantic expressions. In reality, it isn’t like that. It’s not about aversion, but rather a lack of interest.

Confusion occurs when we consider romanticism as an indispensable element in people’s lives and relationships. However, if we consider it as just one more interest (such as sports or the arts) we’ll better understand that there are those who don’t find it attractive or obtain any pleasure from it.

In short, aromanticism is a term that accommodates the experiences of many people, but it’s not possible to generalize it completely. The best thing to do, if we want to understand someone and get to know how their desires, feelings, and needs work, is to communicate with them, clearly and respectfully.

Five Facts About Asexuality
These facts about asexuality will help you understand these people who have no interest in sex or sexual desire for others. Read more »

The post The Aromantic Spectrum appeared first on Exploring your mind.

Our Essence Makes Us Who We Are