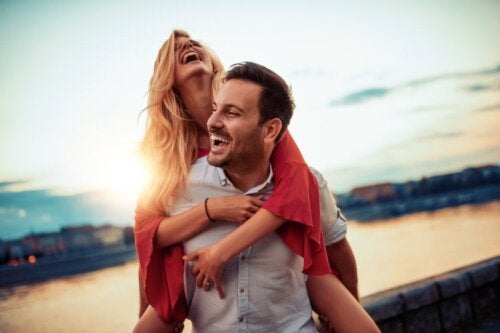 Love has always been a subject that’s fueled both movies and music. The movies we suggest in this article reflect the different ways the subject has been addressed on the big screen.

In our selection, we find homosexual relationships, divorces, and self-destructive couples. Some are intense and unique and in some love couldn’t materialize due to various circumstances.

Here’s our choice, out of the enormous selection available, of seven of the best movies about love. In our opinion, they’re some of the most original and charismatic ever made.

Seven of the best movies about love

These movies triumphed both in their reception by the public and the critics alike.

A French student, Celine (Julie Delpy), and a young American, Jesse (Ethan Hawke) meet on a train. They wander the streets of Vienna until, eventually, their obligations intervene and pierce the bubble of passion and chemistry they’ve created in just one night.

Director Richard Linklater pulls off a remarkable feat with this simple movie. We see the relationship between the two protagonists unfold as they walk through the European city just chatting.

Before Sunrise proves that great romances don’t have to be epic, they simply have to be intimate. The movie also spawned two sequels, Before Sunset and Before Midnight. They follow Jesse and Celine over the years.

This movie celebrates a romance between two people along with a love of movies. It’s the story of the friendship of a boy, Salvatore Di Vita, with a film projectionist Alfredo, together with their joint love for the cinema.

As a teenager, Salvatore has a summer romance with Elena, a girl who leaves town before he can win her father’s approval. However, he can’t erase Elena from his mind, and images of her return as if they were movie shots.

Later, Salvatore, now a famous film director, returns to his Sicilian hometown for the funeral of his mentor. While there, he takes a nostalgic tour of the city. In the cinema where he was so happy as a child, he sees a movie made by Alfredo. It’s compiled of all the love scenes that had previously been censored by the priest of the village.

Love is never black and white, but Pawel Pawlikowski’s impossible love story is. It’s a story of two lovers that takes place in the context of the Cold War in Poland in the 1950s. In a country marked by the wounds suffered in World War II, the new communist authorities promote the creation of a group of musicians.

The aim is to try and bring some joy to their Polish comrades and, in the process, convey messages of praise about Comrade Stalin. Wiktor (Tomasz Kot) is a pianist who’s a member of this choral group. Wiktor falls in love with Zula (Joana Kulig).

Elise meets Didier in her tattoo parlor. They fall in love through their joint passion for bluegrass, the origin of country music.

Elise unexpectedly falls pregnant. At first, it doesn’t seem to please Didier, who has to adapt to a change in his lifestyle. However, with the birth of little Maybelle, they’re blissfully happy and their relationship is complete. But their love is tested when their daughter is diagnosed with cancer.

Nominated for an Oscar for Best Foreign Film, Broken Circle Breakdown is a major drama with unforgettable songs. It also elevated Felix van Groeningen to one of the most important directors in European cinema.

Although Ennis marries his longtime girlfriend Alma (Michelle Williams) and Jack marries a fellow rodeo rider, Lureen (Anne Hathaway), the two men continue their tortured and sporadic 20-year relationship. With this movie, Ang Lee recounts a tragic and moving romance that marked a before and after in the narrative of homosexual love stories in the cinema.

Paris is the city of love and Amélie is an ode to all the love stories that take place there. Amélie (Audrey Tatou) is a rare comedy about a shy waitress who discreetly orchestrates the lives of the people around her, creating a world in which only the elements she’s shaped have a place.

Filmed in over 80 Parisian locations, acclaimed director Jean-Pierre Jeunet uses his incomparable style to capture the charm and mystery of modern Paris through the eyes of a dreamer who finally meets someone to help her step out into the real world.

Some of the best movies about love only portray one side of the story. This gem of classic cinema recounts how wonderful and, at the same time, bitter love can be when it’s unrequited.

In Vienna, at the beginning of the 20th century, Stefan, a concert pianist, receives an anonymous love letter that changes his life. Although he’s moved by what he reads, he doesn’t realize that it was written by Lisa Berndle (Joan Fontaine), a young woman he’s known but ignored for most of his life. When he finally finds out who his admirer is, it may be too late to prevent tragedy.

Six Theories of Love
Love is an extremely difficult concept to define and experts have varying views on the subject. Here, we talk about six theories of love. Read more »

The post Seven of the Best Movies About Love appeared first on Exploring your mind.