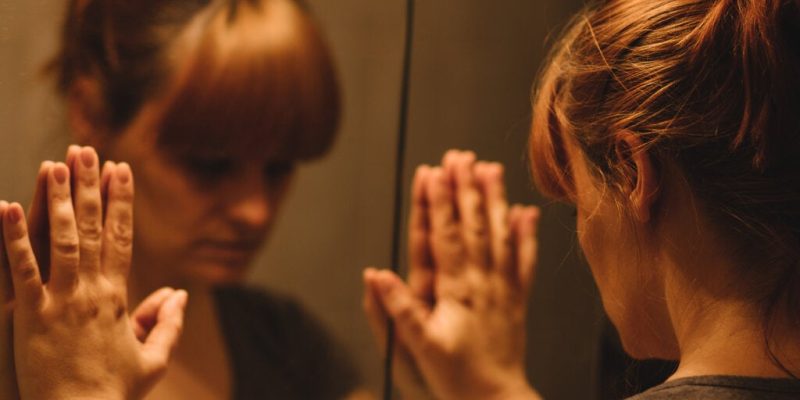 Body dysmorphic disorder (BDD) is characterized by an excessive preoccupation with one or more physical characteristics. In effect, the individual identifies in themselves a physical defect and overestimates its importance in the social sphere (APA, 2014).

Those who suffer from this disorder spend a great deal of time focusing on their imperfections and how to hide them. In fact, their negative thoughts take up most of their days. Furthermore, they interfere with their quality of life and ability to carry out their daily activities.

The prevalence of BDD ranges between 0.7 and 2.5 percent of the population, reaching 12 percent in obsessive-compulsive patients. With regard to gender, the prevalences are rather similar. That said,  there are slight differences in the parts of the body that cause concern. For instance, in men, the most commonly perceived defects concern the genitals, body structure, and hair. On the other hand, in women, they usually involve the skin, abdomen, and how much they weigh. (Rincon, 2022).

In this article, we’ll address the neurobiological basis of the disorder. We’ll also review the claims of certain research regarding its etiology at the cortical level.

The left hemisphere of the brain in people with BDD

One study identified no significant alterations in the brains of people with BDD. However, it suggested that sufferers function abnormally when processing visual details. This finding was one of the first to support the idea that a neurobiological correlate exists for the distorted body image of patients with this disorder.

“Our discovery suggests that the hardware of the BDD brain is fine, but there is a flaw in the operating software that prevents patients from seeing themselves as others do” explained lead researcher, Jamie Feusner, MD.

The researchers used functional magnetic resonance imaging (fMRI) to observe how the sufferers’ brains processed visual information. To do this, they equipped 12 patients with BDD with special glasses. They were asked to view digital photos of various faces while their brains were scanned.

Each participant viewed three types of images. The first type was an intact photo. The second kind was a photo altered to remove facial details, such as freckles, wrinkles, and scars. The third type had significantly altered faces.

The researchers compared the responses of BDD patients with 12 control subjects. Their observations were surprising.

“We saw a clear difference in how the left and right sides of the brain functioned in people with BDD compared to those without the disorder” Feusner said.

In fact, the BDD patients used the left sides of their brains more often. This is the analytical side, attuned to complex details. However these patients used it even when processing less complex, low-frequency images. Indeed, their left hemispheres were activated regardless of the type of image viewed. In contrast, in healthy people, the left side was only activated to interpret information from the most altered images.

“The findings suggest that brains with BDD are hardwired to extract details, or fill in details where none exist. They may be thinking of their own face even when looking at others” Feusner claimed.

The study also found that limitations in number and severity were positively associated with the intensity with which the left hemisphere was activated during visual processing.

In 1998, Hanes found that people with BDD and OCD performed poorly in tests of executive function, including response inhibition and planning. Moreover, a 2010 study found that participants with BDD made significantly more errors on spatial working memory tasks. They also exhibited slower thinking times in a Stockings of Cambridge test, used to investigate deficits in memory planning.

Other neuropsychological studies in people with body dysmorphic disorder have highlighted that these patients appear to possess deficits in facial recognition of emotions. In fact, research has shown that in self-referential situations, patients with BDD are more likely to misinterpret neutral faces as angry or dismissive.

The neurochemistry of brains with BDD

A reduction in the serotonin transporter has been found in disorders related to OCD, including BDD. In addition, results of various studies indicate that serotonin reuptake inhibitors (SSRIs) are effective for the treatment of BDD (Ipser, 2010; Phillips & Hollander, 2008).

The neuroanatomy of body dysmorphic disorder

Research conducted by Grace in 2017 and 2019 demonstrated that patients with BDD had hypoactivity in the lateral occipital cortex (related to visual processes) and the precuneus (related to face recognition). This was more particularly evident in the left hemisphere. It affects the visual processing of information associated with faces and figures. Other research revealed a possible alteration in the frontostriatal and temporal-parietal-occipital circuits (where facial images and emotional information are processed).

Taking the above into account, Li et al. (2013) stated that visual perceptual disturbances, along with frontostriatal and limbic system dysfunction, may combine to contribute to BDD symptoms such as perceptual impairment, obsessive thoughts, and compulsions.

Finally, body dysmorphic disorder is a complex psychiatric disorder in which various environmental and biological factors converge. Its neurobiological basis isn’t yet clear and definitive. However, the results of the research reviewed here give us a certain insight into understanding a little more about how the brains of sufferers work. 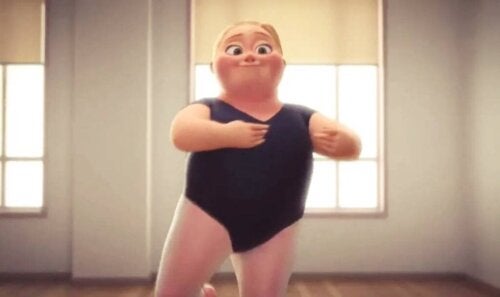 Reflect: The New Disney Short About Body Dysmorphia
Reflect is a Disney short in which we’re introduced to a girl with body dysmorphia. Her goal is to overcome her insecurities. Read more »

The post The Neurobiology of Body Dysmorphic Disorder appeared first on Exploring your mind.

King Richard: The Rise of the Williams Sisters in the Tennis World