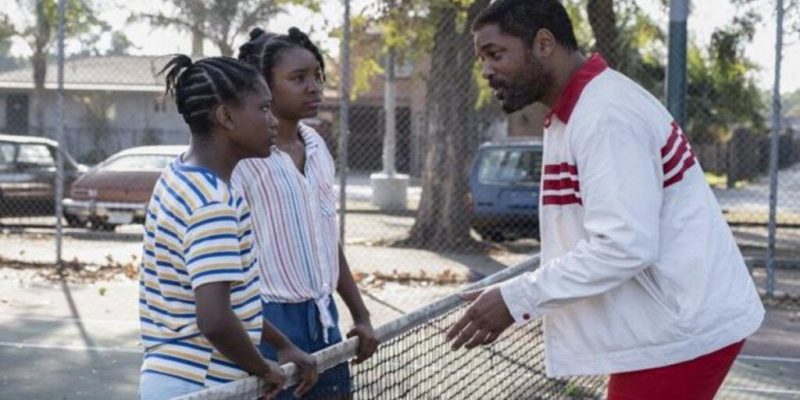 King Richard is a movie about the life of the Williams family and its role in the sporting success of Venus and Serena Williams.

The first hour of the footage focuses on the father figure, Richard Williams, played by Will Smith. Traumatized by his family experiences, in which poverty and racism were very present, he fights throughout the movie to fulfill his dream of transcending history through his daughters.

Along with his wife, Brandy (Aunjanue Ellis), he forms a team and fulfills the African-American dream that never came true for him. It could’ve ended up being the story of two broken dolls, beaten by excessive pressure, but it wasn’t. In fact, not just one, but two of his daughters became the best tennis players in history.

King Richard: if you hesitate, you lose

King Richard expresses the wisdom that someone who considers themselves a failure often possesses, that of persistence in trying to achieve for others in their family what they never managed for themselves. Richard Williams is one such father. He wants for his daughters what he never had.

“The most strongest, the most powerful, the most dangerous creature on this whole Earth is a woman who knows how to think. Ain’t nothing she can’t do.”

Many sports and art figures develop careers solely out of interest or the desire to surpass the successes of their parents. However, in these cases, it’s likely that parents aren’t so demanding. After all, they’ve already achieved success and they don’t need to prove themselves through their children.

On the other hand, parents with frustrated dreams tend to be more persistent and demanding. This often turns into cruelty and hostility, but it doesn’t happen in this movie. In fact, the idea is defended that it’s not bad to push children to strive for excellence as long as they have a natural talent. The movie also portrays the idea of the hope for a better life for the next generation.

Richard Williams leaves nothing to chance when it comes to work and merit. He’ll do anything to achieve his dream for his girls. Indeed, he’s a persistent father and the movie shows that, sometimes, if you fight, you achieve. Also, if your family knows how to support you, the probability of it happening increases.

The non-stop chatter that the family internalized

While the movie leaves us in no doubt about Richard William’s grit and wit, it doesn’t stop at describing his arrogant ego, nonstop chatter, and tiresome optimism. In fact, at times, it suggests that he could be so insufferable that it makes us wonder how his daughters and, more specifically, their careers, survived. On the other hand, if it hadn’t been like that, who else would’ve fought so hard for them?

The movie doesn’t discuss the wife and children he was said to have abandoned before marrying Brandy, the mother of his five daughters, including Venus and Serena. There’s also no mention of his divorce and his marriage to a woman only a year older than Venus.

However, we can hardly complain about these gaps as they take place outside the timeline of the movie. Instead, it focuses on the rise to glory of an African-American family with a dream.

The father’s speech seems to represent the narrative of the whole family. Indeed, the family remains united in the two tennis players’ raise to fame and cares about their education beyond tennis training.

These parents, in search of a future for their daughters, know what they need to do to win. They must protect the childhood and adolescence of their daughters.

The movie portrays the idea that family is more important than anything else. The girls’ dreams are protected and they’re both looked after in every possible way.

Two sisters who play, but don’t compete with each other

King Richard portrays the evolution of Venus Williams. It’s the story of her rise to glory, with the growth of Serena in the background. Nevertheless, it’s Serena who gives rise to the most intense moment of the movie, the one that involves a simple conversation predicting Serena’s subsequent success. In that conversation, her father predicts she’ll be the best tennis player of all time.

In reality, both sisters had their moments. However, the movie only portrays the beginning of the career of Venus Williams (Saniyya Sidney). Subsequently, throughout their careers, both sisters will be involved in different controversies, but the bond between them will never be broken.

The Williams sisters not only fulfill the wish of their father but that of the entire family and millions of black girls. In addition, it reminds us that sisters can be best friends for life.

In every sense of the word, this is a movie about a long-fought battle. But it’s fresh and entertaining and the perfect end to a hard day, one in which you might also be fighting for your own dreams. 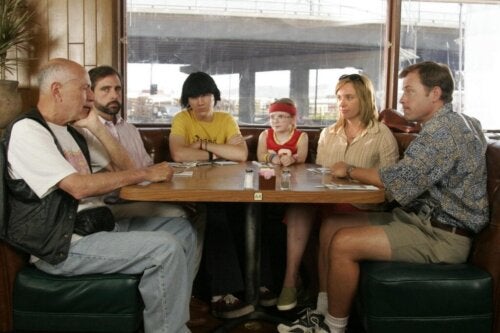 Five Movies About Family
We don’t choose our families. However, they’re often the most decisive element in our lives. Here are five movies about family. Read more »

The post King Richard: The Rise of the Williams Sisters in the Tennis World appeared first on Exploring your mind.

The Neurobiology of Body Dysmorphic Disorder