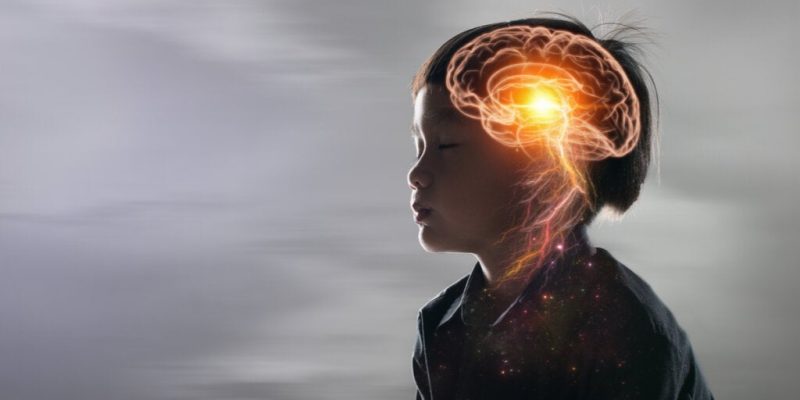 Do you often have the feeling that there are two people living inside you? There’s the one who’s sensible, thoughtful, and calm. Then there’s the other who acts on impulse and automatically, giving you no chance to stay in control. Impulsivity is an unpleasant enemy that leads you toward unregulated behaviors that you later regret.

Sometimes, you might find yourself raiding the fridge at night driven by a rampant kind of anxiety that makes you eat anything and everything. At other times, your impulsive mind makes hasty decisions for you, causing you to make monumental mistakes. This means you’d love to be able to always adopt the calm and meditative approach, the one that reflects before acting.

However, we’re all dominated at some point by our other selves that react spontaneously without taking into account the consequences of their actions. But why does it happen? For example, what happens in the brain of the highly impulsive child who’s so difficult to educate? How can we instill in them a more thoughtful and relaxed attitude?

Impulsive behavior is quite common in children and adolescents. However, it becomes a problem when problematic and counterproductive behaviors appear for both themselves and others.

The neurobiology of impulsivity

Impulsiveness is defined as unexpected, excessive, and unreasoned reactions that people adopt in any kind of situation. It’s an almost automatic behavior in response to a desire or a need. In effect, you allow yourself to be carried away by a latent emotion without taking into account the consequences of these acts.

Everyone, at some point or another, has experienced this type of situation. Especially in our early years. This is no accident. In fact, impulsive behavior is common in children and adolescents because their prefrontal cortex doesn’t finish maturing until they’re 24 years old. This brain region is responsible for exercising executive functions and regulated behavior.

It should also be noted that impulsivity is present in numerous psychological disorders. Addictions, anxiety, depression, bipolar disorder, obsessive-compulsive disorder, as well as impulse control disorder or antisocial disorder have the same characteristic. Although it’s clear that not all impulsive behavior reveals a mental problem, the question is… what happens in our brains when we act in this way?

Impulsivity arises for different reasons. Knowing these triggers is essential in order to apply different intervention techniques. Let’s take a look at them.

Research conducted by Yale University (USA) delved into the neurobiology of impulsivity. The study claimed that one of its triggers lies in the deregulation of the dopaminergic (DA) and serotonergic (5HT) systems.

This alteration in the release of dopamine and serotonin causes people to have problems regulating and controlling their behavior. The cerebral cortex loses operability and is subject to impulsive mechanisms.

The peptide of impulsivity

A peptide is a type of molecule formed by the union of several amino acids. It’s been discovered that the peptide, MCH, which also acts as a hormone concentrating melatonin, in turn, mediates impulsiveness.

In fact, a study published in the journal, Nature Communications demonstrated that MCH activates or regulates impulsivity through lateral hypothalamic neurons. Understanding these neural substrates of the neurobiology of impulsivity facilitates the development of increasingly novel treatments to treat dysregulated or problem behaviors.

People with problems controlling food intake show an alteration in the production of the MCH peptide, which has 19 amino acids and is located in the lateral hypothalamic area.

The genetic origin and why some children are born impulsive

It’d be really useful to be able to detect early those with a greater tendency towards impulsive behavior. It’d allow us to give educational guidelines from childhood with the objective of preventing different problems associated with mental health.

As surprising as it may seem now, in a few years we’ll be able to carry this out. McGill University has developed a technique with which to diagnose young children who are most at risk for impulsive behavior. Research is currently in the experimental phase, but it’s been possible to detect the presence of several genes in the prefrontal cortex and the striatum that mediate this type of pattern.

Identifying this neurobiological signature would facilitate, for example, the development of specific programs to educate in impulse control, resistance to frustration, and correct emotional management. This would undoubtedly be essential for all of us to learn. It’d be especially beneficial in respect of those people who risk suffering future problems in this regard.

To conclude, it should be noted that we now have a much better understanding of the mechanisms of the neurobiology of impulsivity. In fact, we can all work on it and improve this characteristic that leads to so much discomfort and regret. Indeed, it makes us live with versions of ourselves that we simply don’t like. Something that should be avoided at all costs. 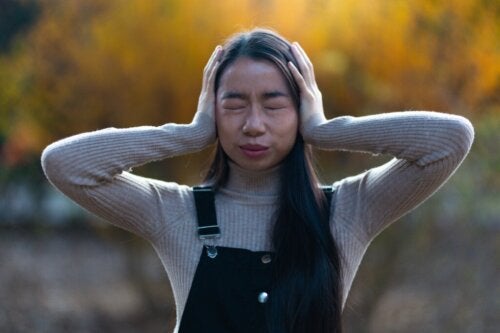 Impulsive Thinking Can Make You Unhappy
Impulsive thinking urges you to make decisions quickly without weighing up any variables. How can you correct this approach? Read more »

The post The Neurobiology of Impulsivity: The Origin of Loss of Control appeared first on Exploring your mind.