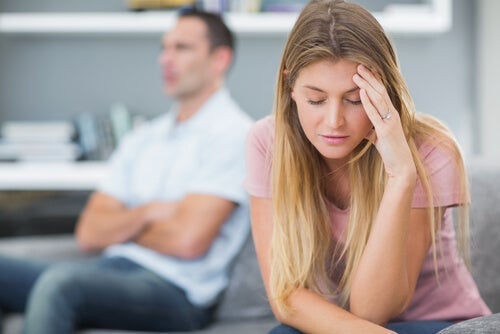 Movies about divorce have been adapting their approach to the passage of time and the evolution of social thought. For example, in Spain, divorces only increased with the arrival of democracy. This was a normalization that, in other countries, such as the United States and Germany, occurred before.

Faced with such an obvious change, Hollywood took note. Movies moved from the avoidance of the subject to give the viewer scenes of turbulent domestic life and portraits of family angst.

If you’re going through divorce proceedings yourself, watching a movie is a tried and tested way of distracting yourself while you heal. In fact, some psychologists believe in ‘movie therapy’ suggesting that certain types of projections can redirect, through identification, the way we think or feel.

In this article, we share a list of seven movies about divorce from different perspectives. Some depict it as a dramatic occurrence while in others it’s shown as a form of liberation.

The movie, 5×2 or Five Times Two is a 2004 French production directed by François Ozon. It uncovers the story of the gradual disintegration of a relationship. In fact, it represents five key moments in the relationship but in reverse order.

As young French couple Gilles (Stéphane Freiss) and Marion (Valeria Bruni-Tedeschi) officially split up, we get to witness key moments in their relationship. For instance, we see Gilles reveal his infidelity at a tense dinner, and Marion giving birth to their premature child while Gilles is away.

The movie portrays the decline of a couple seen in reverse chronological order. It’s a brilliant film. With its ingenious narrative method, it tries not to judge and acts more as a witness than by taking sides. The movie was nominated for best actress and the Golden Lion by the Venice Film Festival.

Years after Noah Baumbach split from actress Jennifer Jason Leigh, he thought about using his personal story as the plotline for Marriage Story. Although not entirely autobiographical, the Oscar-nominated movie traces the dissolution of a marriage and the bitter custody battle over their son. However, it includes a dose of humor as well as intense emotion in the narration.

The movie stars Adam Driver and Scarlett Johansson. It’s realistic, but not sad. As a matter of fact, it shows that divorce can be wild, fun, and even romantic in its own way.

Blue Valentine is an independent film that was released on December 29, 2010, in the United States. Told in a non-linear narrative, it shows the story of a couple before and after saying “I do”.

Blue Valentine is the portrait of a toxic relationship that crumbles under the weight of marriage, leading its main actors, Ryan Gosling and Michelle Williams, to the only way out; divorce.

Dean (Ryan Gosling) and Cindy (Michelle Williams) live a quiet life in a modest neighborhood and have been married for seven years. Dean met Cindy while she was pregnant with another man’s child. For him, it was love was at first sight.

The initial passion contrasts with their current relationship, trapped in a spiral of tension and apathy. Dean’s lack of ambition and his withdrawal into self-absorption cause irreversible fissures in their marriage. It’s not a feel-good story.

However, sometimes, it’s necessary to delve into the aftermath of why a romance becomes so complicated and awkward. Blue Valentine takes the plunge and fully delivers.

Kramer vs. Kramer by Robert Benton

This movie was directed by director and screenwriter Robert Benton. He based the screenplay for the film on the novel of the same name by writer Avery Corman. The movie involves two main protagonists. They’re the married couple, Ted (Dustin Hoffman) and Joanna (Meryl Streep).

Joanna has a lot to learn about herself, a great deal of which is done offscreen. In fact, she leaves Ted and her son, aware of what she may lose, but knows she has the need to escape from her routine if she doesn’t want to end up hurting her son.

Ted was a tireless worker, who had completely abandoned his relationship and neglected his work as a father. However, after being dumped by his wife, he learns what it’s like to have to fend for himself and his son. In fact, he learns how to be a father again with his sweet son, Billy, played by Justin Henry.

Under the Tuscan Sun by Audrey Wells

Under the Tuscan Sun is a movie that explores the emotional struggles that arise after divorce in a humorous way. It tells the story of Frances Mayes. She’s a writer who, after her divorce, experiences a mild depression that leads to a creative block.

Frances (Diane Lane) decides to go on vacation to Tuscany in Italy. However, she ends up loving the place so much that she buys a villa and settles there. She starts to make new friends while slowly recovering from her divorce. When visiting Rome, she meets a man named Marcello with whom she allows herself to give love another chance.

Diane Lane interprets the five stages of divorce pain while experiencing the warmth of new pleasant experiences in a place far from her ’emotional catastrophe’. This is a movie to really lift your spirits. After all, if you can’t buy a villa, like the protagonist, you can always look for new and enjoyable experiences.

The Passion of Ana by Ingmar Bergman

The Passion of Ana marked the reunion between Liv Ullman and Max Von Sydow after Hour of the Wolf. It’s a unique and complex movie that explores the devastating consequences of love. The protagonist, Andreas Winkelman (Max Von Sydow) lives on a remote Swedish island and is unsettled by his recent divorce.

When he meets Elis and Eva Vergerus (Erland Josephson, Bibi Andersson) who are unhappily married, Andreas has a one-night stand with Eva.

However, he later begins a relationship of a different nature with his friend Anna Fromm (Liv Ullmann). While these encounters are happening, someone on the island is committing acts of animal cruelty. This gives the drama a mysterious and disturbing backdrop.

Gett: The Trial of Viviane Amsalem by Shlomi Elkabetz and Ronit Elkabetz

This is the third movie that the Elkabetz brothers (Ronit and Shlomi) co-wrote and directed, after To Take a Wife (2004) and 7 Days (2008). The character of Viviane Amsalem appears in all three films. It’s a role that was played by Ronit Elkabetz herself. This movie represents the final conclusion of the trilogy on the subject of the emancipation of women in Israel.

Viviane Amsalem separated years ago from Elisha, her husband, and now wants a legal divorce so as not to become a social outcast. However, in Israel, divorce is only possible if the husband gives his consent. Elisha isn’t willing to agree. Viviane will have to fight before the Rabbinical Court. The process lasts for years in which tragedies, dilemmas, and paradoxes follow one after another.

Seven Potential Signs of a Future Divorce
All relationships go through difficulties at some point so conflict is normal to a certain extent but some conficts signal a future divorce. Read more »

The post Seven Movies About Divorce appeared first on Exploring your mind.

The Neurobiology of Impulsivity: The Origin of Loss of Control