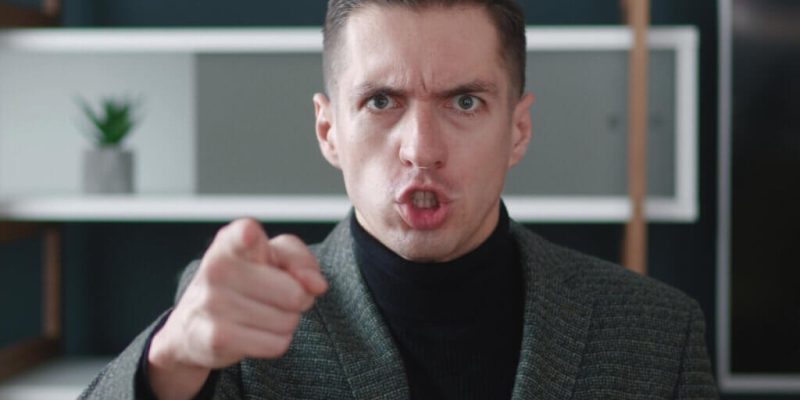 Aggressiveness has many forms and not all of them are linked to physical and instrumental violence. In fact, many people simply burst into fits of anger without really knowing why. They’re individuals with poor impulse control. They might be a work colleague or even a family member. Whatever the case, they’re complex and often even hostile presences.

The term intermittent explosive disorder (IED) may not be familiar to you. However, statistical data indicates that this condition has an incidence of seven percent in the population. The figure is high because, as a rule, it appears together with clinical realities such as borderline personality disorder or bipolar disorder. It’s also prevalent in people who consume substances.

This behavioral aggressiveness is often assumed to be simply a type of character. For example, you might tell yourself that “John’s always had problems controlling his impulses, just like his father”, or “Elena has always been really extreme in reactions”. In these cases, a way of being is confused with a medical condition and this can be a great risk.

Explosive personality is a psychological disorder that causes great suffering in the environment. It also affects the sufferer themselves, who are unable to control their own outbursts of anger and is trapped in deep feelings of guilt and sadness. Recognizing the characteristics of this condition can be of great help.

Intermittent explosive disorder is persistent and stable over time. The deterioration it produces in the patient’s life is immense.

An explosive personality can manifest itself in childhood. However, it’s around the age of 14 when it becomes apparent. In these cases, the affected adolescents exhibit serious interpersonal difficulties and extremely poor social skills. It’s not simply a way of being or a temperamental or character trait.

People who explode every so often with maladjusted and aggressive behaviors are usually suffering from intermittent explosive disorder (IED). The DSM 5 (Diagnostic and Statistical Manual of Mental Disorders) classifies it within the section of impulse control disorders. Thus, although it’s true that certain social relationships can cause some problems or challenges, the conflict with those who suffer from this psychiatric condition is constant.

It happens in families when there’s a child who’s always demonstrated great aggressiveness. It’s also evident in those who live with intimidating partners who often resort to physical or verbal violence. Without a doubt, these are highly problematic and also dangerous individuals. Both for themselves and others.

Let’s find out how to identify the explosive personality.

Behind people who suffer from an intermittent explosive disorder there may lie a childhood trauma.

1. Changeable people who seem to have multiple personalities

Explosive personality has nothing to do with a dissociative identity disorder. In other words, a sufferer doesn’t have multiple personalities (although it’s almost the case). Indeed, if there’s one thing that’s particularly striking it’s that these people change their way of being and acting. They’re real Dr. Jekyll and Mr. Hyde characters. They’re kind at one moment and threatening at the next.

This behavioral uncertainty and not knowing how they may react results in a permanently anguished environment.

2. Outbursts of anger arise with no clear trigger

Research conducted by the University of Chicago indicated that there aren’t always clear triggers for reactions of anger, aggressiveness, and violence. In fact, the study claims that this impulsive behavior isn’t premeditated, but is due to neurological factors.

3. Constant need to be in control

The explosive personality feels, needs, and is obsessed with being in control of every situation. It’s how they show others that they’re capable and competent. However, the more they try to show resolve, the more their patience fails and they relapse into impulsiveness.

The frustration they experience when they see that everything is escaping their grasp and control increases their aggressiveness even more. Behavioral and verbal violence becomes a mechanism of catharsis with which they release their negativity.

It should be noted, however, that the violence shown by the explosive personality isn’t instrumental. In other words, they don’t seek to harm, but these reactions are the product of their altered state of mind.

Those with intermittent explosive disorder can explode in a fit of rage for the most inexplicable situations. For instance, noticing that there’s none of their favorite drink left in the store or they think that someone’s looking at them too much on the street.

We know that communication with an individual defined by an explosive personality is both complex and violent. However, at present, and given that the interaction frequently takes place on the digital plane, it’s important to refer to this channel. As a matter of fact, curious though it may seem to us, this is where intermittent explosive disorder is most visible.

The person with this condition exhibits chaotic, erratic, changing, and threatening methods of interaction. They might send friendly messages, but if they don’t receive immediate responses they lose patience and start insulting the messenger. They might also send disturbing audio messages with comments that the recipient doesn’t fully understand.

How is IED treated?

Intermittent explosive disorder is addressed based on the individual diagnosis of each patient. As we mentioned earlier, this condition usually appears together with bipolar disorder, borderline personality disorder, or is associated with substance addiction.

Most of the time, these are people with deep depression, family upheaval, and a clear inability to keep a job. In these cases, cognitive behavioral therapy can be useful to reduce their outbursts of anger and increase control over their behavior.

The main objective is to get them to acquire skills to regulate their emotions and behavior, thus improving their skills to relate to others. 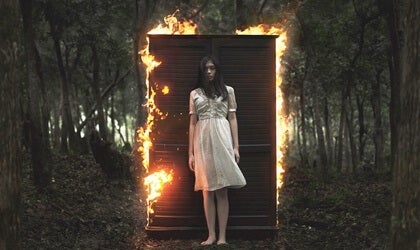 Four Incorrect Anger Management Styles
Anger is an invasive emotion. You must express it appropriately. Because incorrect anger management can end up causing you stress. Read more »

The post The Explosive Personality and Intermittent Explosive Disorder appeared first on Exploring your mind.

How Does the Locus of Control Affect Your Relationships?