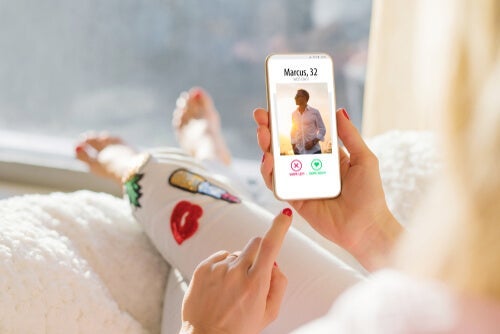 Uploading photos to Instagram, and social media itself, as a whole, has acquired a relevant role in the social functioning of our culture. Far from being a mechanism to simply share good times, the uploading of photos suggests certain desires, ambitions, and personality traits that have nothing to do with the main function of social media, which is connecting people.

We can relate the way we use Instagram with how we are. In other words, the use we make of Instagram (and similar social media) is, to a certain extent, a reflection of our mental health and the psychological construct that we present when we press the share, like, or comment button.

The most relevant studies that have collected data and made conclusions about our behavior on Instagram are presented below. These gestures may seem random but, like any operation embedded in human behavior, they have a lot to say and express about the person who performs them.

Let’s take a look at the big five personality traits developed by authors such as Goldberg and Digman (1990):

Personality traits don’t define what a person’s like. They’re dimensional categories that can help explain some of our most stable behavior patterns. In fact, they serve as elements that help us predict certain psychological or physical conditions. For example, higher levels of neuroticism indicate greater numbers of coronary incidents.

Ferwerda, Schedl, and Tkalcic (2016) discovered a correlation between the kind of photo chosen and certain personality traits. For example, they found that people with a higher openness to experience rating used cool, saturated colors in photos, with few faces in them. On the other hand, people with high conscientiousness ratings usually uploaded both saturated and unsaturated photos. People with higher levels of neuroticism uploaded more photos with high brightness.

In this study, they exposed how an individual’s personality can manifest itself in the way they edit the photos they share on Instagram.

Clinical entities through a photo

Reece and Danforth (2017) used machine learning tools on photos on Instagram to identify markers of depression. They looked for correlations and found them. In fact, according to these authors, increased hue, along with decreased brightness and saturation in photos, predicted the development or presence of a depressive disorder. Furthermore, overall, they found participants with a depressive disorder applied more filters.

Interestingly, they also found that the most liked posts among their study participants were uploaded by participants diagnosed with depression. Another interesting fact was that, although depressed people were more likely to post photos with faces, there tended to be fewer faces in the photos than in those of a participant not suffering from depression. Perhaps, reflecting the reduction of their social circle was a consequence of their depression.

The most important conclusion of this study was that certain signs of depression could’ve been detected before the first diagnosis of depression (Reece and Danforth, 2017).

The selfie and the depressed individual

These same authors tried to investigate why a higher percentage of faces appeared in depressed people in their photos. They didn’t differentiate between the type of face that appeared.

On this basis, they built an interesting hypothesis. They claimed that just as the language of people with depression is usually centered on themselves – as reflected in the use of the first person – it may also happen with photos. Indeed, as we mentioned earlier, more photos with faces were published but the heterogeneity of faces was low. The authors hypothesized that this was because the photos were selfies or self-portraits of the depressed person.

Although the goal of social media is to keep us connected, an even more important goal underlies it. That’s the maintenance and preservation of self-concept. Paradoxically, Instagram acts as both a thief and a provider of self-esteem. Not only has it become the only way – apparently – to nurture our self-concept, but it also has the power to give and take mental health from us at will.

While comparison takes away our self-esteem, the ‘like’ empowers us. In a study conducted by Dumas, Maxwell, Davis, and Giulietti (2017), 90 percent of the participants admitted to having used Instagram in search of likes (like-seeking behaviour). These authors differentiated two types of this kind of behavior.

Numerous studies have tried to find the relationship between narcissism and Instagram. In fact, it’s been evidenced that people with high levels of narcissism tend to be much more active on social media. They use it for self-promotion with more frequency and intensity than people without this trait (Dumas, et al., 2017).

Narcissistic people possess an inflated self-concept and a pathological assertion of ‘I’. Furthermore, they think they’re both unique and special. In their search for power over others and their perception of control of other people’s behavior, narcissists tend to ‘like’ the photos of others with the aim of receiving a reciprocal ‘like’. As a matter of fact, selfies seem to be especially typical of narcissistic people. It’s due to their need for the perception of leadership and authority (not necessarily negative characteristics) and the display of grandiosity.

A positive relationship was found between the grandiose narcissist – dominant and extroverted – and sharing photographs of physical appearance. A link was also seen between the vulnerable narcissist – neurotic and insecure – and the request for followers and new friends.

Along these lines, Paramboukis, Skues, and Wise (2016) found that individuals with high levels of vulnerable narcissism use Instagram to increase their popularity. On the other hand, grandiose narcissists seek to draw attention to themselves in the search for admiration.

The studies presented reveal a great deal about what our behavior on Instagram can reveal. Not only as a sociological phenomenon but also as a support for the detection and prevention of significant clinical entities at the mental level.

Finally, if we could establish causal relationships, we could also specify criteria to detect depressive, anxiogenic, or eating disorders. We could also identify certain personality traits that may be related to specific behaviors. For instance, those that seek recognition or reflect the presence of an addiction.

The Negative Effects of Social Media
Social media seeks to bring you closer to those people who are miles away from you. However, it can also have certain negative effects. Read more »