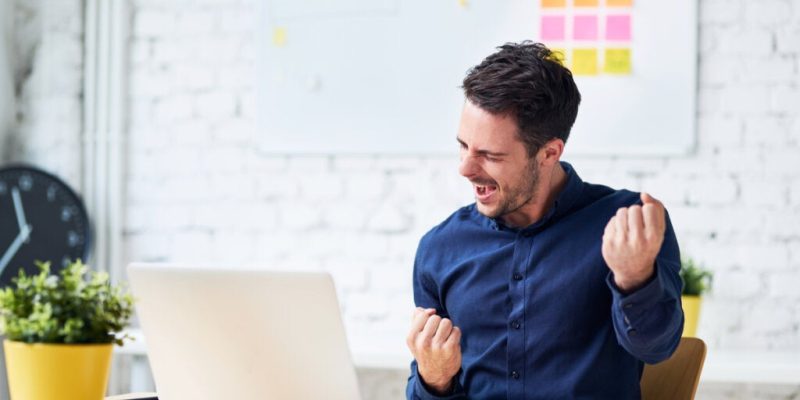 Everyone experiences hedonic adaptation. In other words, you get used to your emotions so quickly that they no longer have much intensity. This process is directly involved in whether you feel more or less happy and the length of time it lasts. In addition, it’s connected with how your brain reacts to different life events or, for example, how you organize your agenda.

Hedonic adaptation is responsible, for you now hating a food that you used to like so much, but which you binged on. It’s also responsible for the fact that the joy of a salary increase, an improvement in working conditions, or a compliment from your boss lasts a comparatively short time. Especially when you consider how long you’d been yearning for those things.

So what exactly is hedonic adaptation?

The definition of hedonic adaptation

This adaptation can happen relatively quickly. For example, you so might go from feeling great joy to only mild happiness, or from feeling intense pain to only moderate discomfort, in a relatively short period of time.

There are several theories as to why hedonic adaptation occurs. However, one of the most popular is that it’s an evolutionary adaptation that helps humans cope with difficult life events. If it didn’t occur and we weren’t able to adapt to positive or negative life experiences, we’d probably be so overwhelmed by them that we’d be unable to function.

Therefore, hedonic adaptation can be a great help in the face of grief or loss. On the other hand, it also has a tendency to turn off positive moods after events that encourage or produce them occur. For instance, hedonic adaptation is often seen in people who win the lottery.

At first, they may feel great joy. Nevertheless, over time, they’re likely to adjust to their new financial situation, and their joy evaporates. The fact that they won the lottery ceases to be so significant compared to other events that are taking place in the present. In addition, it’s likely that they were able to buy everything they wanted before. Nevertheless, now, new increased material desires appear that they can’t satisfy.

Dissatisfaction as a motor in life

This is how dissatisfaction starts to grow. It’s as if events can destroy the petals, flowers, and stems of a flower, but can’t eradicate the roots of dissatisfaction. We all have a kind of program installed in our minds. It means that, when you reach a goal that previously seemed sufficient to you, it now ceases to be so.

Faced with hedonic adaptation, you can try to change your environment or change your perspective. For example, if you win the lottery, you can space out the satisfaction of your material needs. Thus, you’d get several years of enjoyment instead of just one.

The way we watched series before streaming platforms existed, although it may have been irritating at times, was better for our mental health. A series took much longer to get bored or tired of, and we were almost forced to extend the pleasure over time. In fact, even the advertisements were a good measure against hedonic adaptation. That’s because, as they were being broadcast, our minds had a moment to reflect in the face of the action we’d been watching on the screen.

As a child, did you have a fantasy of going to the grocery store and leaving there loaded with bags of jelly beans? However, when your finances allowed you to do so, did you do it? If so, how many times did you do it? Did you go the next day for more?

Happiness and the hedonic baseline

The idea of relative happiness already existed in 1978 when Brickman et al. began to understand hedonic pleasure within the framework of Helson’s level of adaptation theory. This theory proposes that the perception of stimulation depends on the comparison of previous stimulations. It means that whether we like an event or an element or not has a lot to do with what’s happened before.

The idea of “the more the better” doesn’t work. For instance, a dish might delight you and you may want to continually repeat it. However, when you repeat it, it’s highly likely that it won’t taste as good as the first time. Great chefs know that there are some dishes that taste better when eaten after others. Therefore, the pleasure that you might feel before a certain stimulus depends a great deal on what happened before exposing yourself.

In a recent article, entitled Beyond the Hedonic Treadmill, Revising the Adaptation Theory of Well-Being, Diener, Lucas & Scollon (2006) concluded that we’re not hedonically neutral. In fact, Brickman and Campbell, in their article, Hedonic Relativism and Planning the Good Society (1971), argued that human beings have a ‘reference point’ for happiness.

This point would depend on our genes and our environment. The fixed point theory has been supported by subsequent research, which has found that people adapt to positive and negative life changes over time.

The complexity of the baseline

We speak of a baseline to which we all tend to return regardless of what happens to us. Put simply, it claims that there are people who tend to feel satisfied with their lives and others who don’t. Thus, in the face of satisfaction (happiness), we’re like springs and different vital events are the forces that either stretch or compress us. 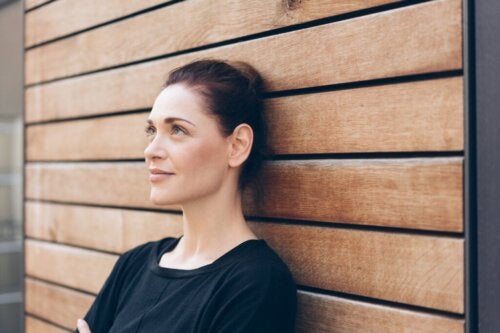 Hedonic Adaptation: Why Are We Never Happy Enough?
Hedonic adaptation makes the positive changes in your life lose the potential to make you happy. Find out why it happens. Read more »

Why Do We Stop Believing in Magic When We Grow Up?