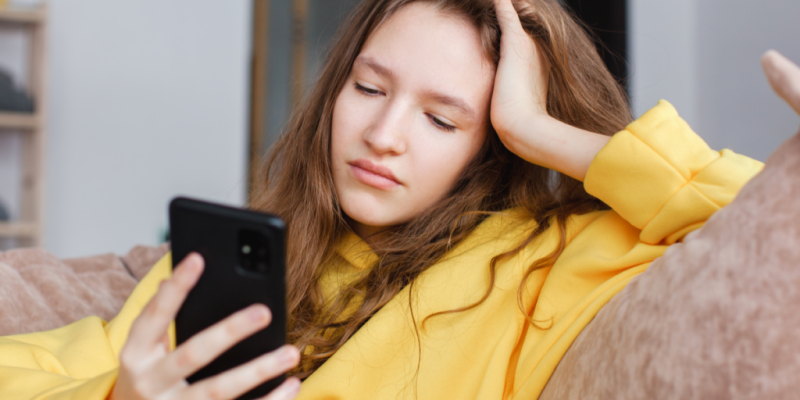 The idea behind ghosting is that when someone’s no longer interested in a particular relationship, they stop responding to their partner’s messages. In fact, they pretend that they no longer exist. Consequently, the ex-partner gradually gives up and stops communicating with them. They remove them from their social media accounts and pretend they’ve never even been a part of their life. In effect, they disappear without a trace and with no explanation.

Ghosting defines a silent way to end a relationship, whether it’s a friendship or a romantic relationship. Although this practice has always existed, today, thanks to digital scenarios it’s become easier and more common.

Studies such as those conducted by LeFebvre et al., 2019 and Timmermans et al., 2020, suggest that between 60 and 70 percent of adults have suffered an experience of this type. Experts stress that, as a rule, this type of behavior appears in short-term relationships, where commitment isn’t always clear. However, this doesn’t justify the act in any way.

Given that these realities are so common today, we want to find out what’s in the minds of people who ghost.

As a rule, people with an avoidant attachment and who don’t like to be emotionally close are more likely to practice ghosting.

What’s in the minds of people who ghost?

Imagine that, one day, a friend calls you on the verge of despair. They recently met someone they really liked and were happy with. However, suddenly, they’ve stopped answering their cell phone. The two of them met on a dating app and went on a couple of dates, but now they completely ignore your friend’s messages.

However, that’s not all. They also no longer appear on their social media and their cell phone goes immediately to voice mail. Your friend is worried and wonders if something has happened to them. After all, it’s not easy for them to accept that they’re the victim of ghosting, and until they become aware of it, they have many questions.

However, the ghosting phenomenon is a two-way street. In other words, many of those who’ve suffered the consequences of an unexplained abandonment have also done the same thing at some time. In fact, whoever uses this strategy knows that their behavior is incorrect and that it generates suffering. Nevertheless, they still do it.

So what’s in the mind of those who practice ghosting?

Our relationships with our caregivers often orchestrate the types of relationships we build as adults. Thus, it’s extremely likely that many of these ‘ghosts’ show an avoidant attachment. They’re personalities who handle emotional intimacy poorly and rarely manage to build deep and lasting relationships.

Those who prefer to avoid commitment and emotional closeness will spend their entire lives building fragile bonds.

The dark triad of personality

The person who practices ghosting may be a personality on the dark triad. Jones and Paulhus, conducted a study in 2014 that claims these people show traits of narcissism, Machiavellianism, and psychopathy. They’re the kinds of people who instrumentalize others.

As a rule, they start a friendship or romantic relationship to obtain certain benefits. When there’s no longer interest or they stop being useful to them, they disappear without saying a word. These individuals exhibit low levels of empathy.

They prefer to prioritize what’s easy and fast

In our society that’s dominated by immediacy and liquid or fragile ties, it’s common for relationships to last for only a short time. Indeed, not everyone is willing to make an effort to take care of their friendship or romantic relationship. Immediate reinforcement is sought, interests change quickly, and what’s not liked is discarded and they move to another more interesting stimulus/person.

In fact, many of those who practice ghosting prefer not to complicate their lives and are only concerned with their own interests.

Ghosting allows them to avoid conflict. They don’t have to communicate and confront the other person. Furthermore, they don’t have to develop any self-awareness. For this reason, they rarely reflect on the impact of their actions.

Poor communication and the need to avoid direct confrontation

Immature psychological resources operate in the mind of someone who ghosts. They lack emotional intelligence and aren’t usually good communicators. They don’t know how to express themselves assertively and they avoid confrontation at all costs. In fact, they find it easier to disappear than to have to tell someone that they no longer have any interest in them.

They’re personalities that lack self-awareness, or the ability to reflect on their own actions. For them, it’ll always be preferable to act on impulse than to stop to meditate and reflect.

The role of new technologies in relationships has made the practice of ghosting become normalized. It’s not simply an immediate strategy to end a relationship. It’s a covert form of communication, a practice that, although it already existed, is now like a silent but clear message. If I don’t answer you, get used to the idea that I’ve eliminated you from my life because I’m not interested in you.

Is it ever acceptable to ghost?

It’s often said that people who ghost lack adequate social and emotional skills. We tend to define them as immature people who lack ethical principles and even empathy. However, is there any situation in which ghosting is acceptable?

The answer is yes. In the kinds of relationships where partners demand change and impose severe restrictions on their partners. Indeed, when a partner is abusive, and there’s no sign that their behavior will improve, disappearing is an acceptable way out. As long all the other strategies have been exhausted, like assertive communication and requests, there’s no other way out but to leave and finish the relationship. If they keep giving the same old explanations, you don’t need to keep listening to them.

As a matter of fact, not answering messages or calls is an act of preservation of the mental health of those who want to escape from harmful relationships. In these cases, it’s ghosting in the interests of survival. There’s nothing wrong with that. 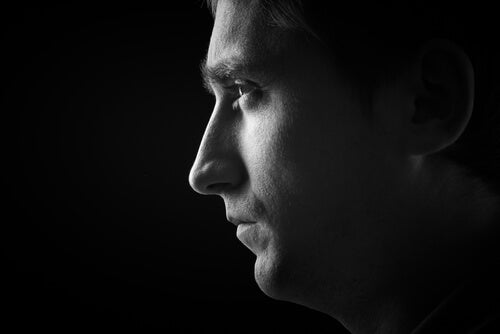 The post What’s in the Minds of People Who Ghost? appeared first on Exploring your mind.

Five Common Mistakes You Make When Getting Over a Breakup