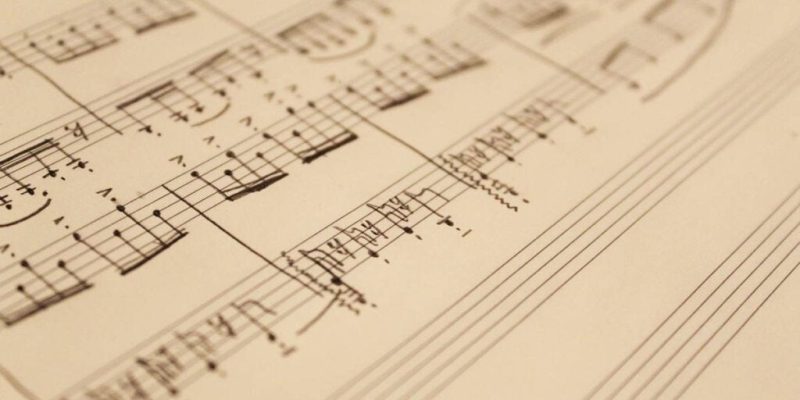 Almost two centuries have passed and Beethoven’s “Ode to Joy” remains a symbol of hope, peace, and fellowship. It’s a masterful musical celebration that makes everyone who listens to it feel almost instantly imbued with a torrent of positive emotions. In fact, life always seems beautiful when this piece plays.

However, for its creator, it was more like an ode to rage and redemption. At a time when sounds no longer existed for him and he felt devastated by the worst curse for a musician, composing this anthem was an ode to effort and artistic survival. He managed to compose a magnificent work. On the day of its premiere, he wasn’t even aware of how thrilled the public was and how they cheered and applauded him. In fact, he couldn’t hear anything.

It was one of the musicians who had to notify him of the public’s reaction, at which point he stopped to thank them. He was still at the end of the second movement and had a good part of the work ahead of him.

“Ode to Joy” was a poem written by Friedrich Schiller in 1785, whose original title is An die Freude (“To Joy” in German) and on which Beethoven based his work.

How Ode to Joy was conceived

When he was still a teenager, Ludwig van Beethoven fell under the spell of transcendental idealism and the foundations of the Enlightenment. In fact, it was common to see him at the lectures that Immanuel Kant gave at the University of Bonn. It was here, too, that he discovered something that immediately resonated with him: the poetry of Friedrich Schiller.

Beethoven was just over 15 years old when he was captivated by “Ode to Joy”, a poem that represented the essence of the Enlightenment movement. Schiller wanted to emphasize values such as freedom, justice, and human happiness. He thought that the welfare and happiness of the citizen should be at the center of politics, only then would peace and social harmony be possible.

This poem was, according to its author, a kiss for everyone. Beethoven wished to be the lips that would give voice to that poem, the music that would universally transmit those noble purposes…

Oh friends, not these sounds!
Let us instead strike up more pleasing
and more joyful ones!

Joy, beautiful spark of Divinity [or: of gods],
Daughter of Elysium,
We enter, drunk with fire,
Heavenly one, thy sanctuary!
Thy magic binds again
What custom strictly divided;
All people become brothers,
Where thy gentle wing abides.

–Poem rewritten by Beethoven for his musical piece, “Ode to Joy”-

When darkness fell on Europe and on Beethoven

The dream of the Enlightenment and its promise of happiness remained little more than a mirage. A few decades later, France fell into the Reign of Terror and more than ten thousand heads rolled. Friedrich Schiller died considering his “Ode to Joy” to have been an absolute failure, an absurd entelechy, and something of which he was ashamed, given the circumstances.

Indeed, his idealistic fantasy had ended up colliding with harsh reality. Not even art, writing, and poetry had the power to transform the minds of men, always so eager for violence. The revolutionary times that Europe was experiencing were so dark that even the music of the young Beethoven ceased to be fresh and light and acquired more turbulent chords.

He was just over 30 years old when he wrote the Heiligenstadt Testament, in which he explained his desperation to his brothers. He was going deaf early, something so unthinkable and heartbreaking for a musician that he even considered taking his own life. However, he didn’t.

Beethoven always considered that he had to bring something revolutionary and unique to the world of music. From that moment, and faced with a progressive and irreparable hearing loss, he turned obsessively and feverishly to composition. Schiller’s “Ode to Joy” echoed in his mind again.

Symphony No. 9 is also Beethoven’s last completed symphony and is entirely different from the eight that preceded it.

“Ode to Joy” and Beethoven’s desire to enlighten humanity

By the time Beethoven wrote “Ode to Joy”, he’d lost his hearing and navigated isolation, illness, a broken heart from multiple lost loves, depression, and suicidal ideation. The creation and his obsession to create a piece of music from Schiller’s poem became his foothold. The one that allowed him to emerge from the darkness.

Beethoven hoped that his “Ode to Joy” would enlighten humanity and revive the values of hope, freedom, and peace among all peoples. His music had to resound to an extent to reach the heavens and the hearts of all people. That said, his symphony also acted as an internal beacon for himself.

It’s said that on one occasion, engrossed in bringing Schiller’s poem to musical life 27 years after falling under its spell, he lost track of time. He began to walk around barely dressed immersed in his thoughts. In fact, the authorities threw him in jail at one stage as they thought he was a demented vagrant.

It was the mayor who picked him up and apologized, taking him back to his house in a carriage. Arriving home, Beethoven’s mind was buzzing with ideas. His inspiration was so voracious, electric, and incandescent, that he managed to finish the work. This he did. Indeed, from his own darkness, he managed to illuminate the world with hope with his already unforgettable “Ode to Joy”. 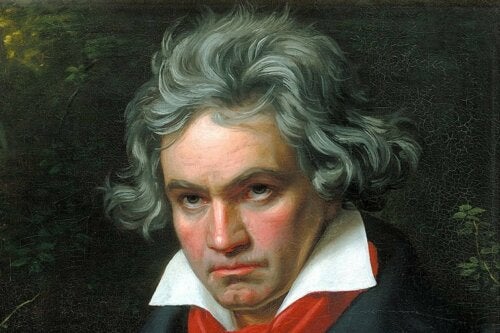 The post The Story Behind Beethoven’s “Ode to Joy” appeared first on Exploring your mind.