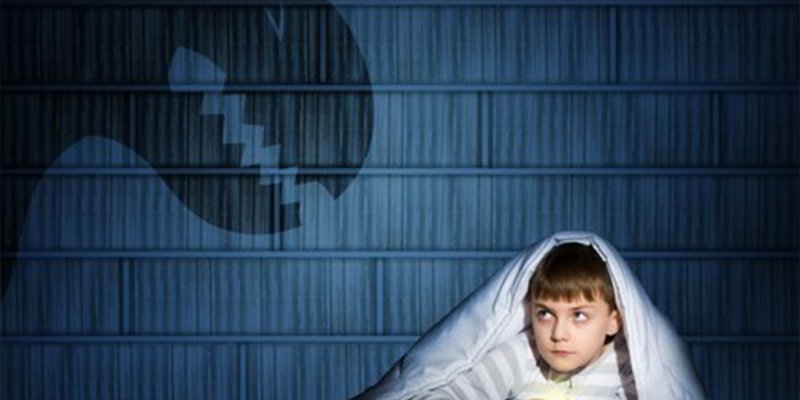 Science has described recurring dreams in people who suffer from anxiety. Unsurprisingly, they’re not exactly pleasant. In fact, some people consider them to be more nightmares than dreams because of the feelings of anguish and panic that they generate. It seems that our state of mind transcends wakefulness.

As a matter of fact, the interest in dreams dominated by an anxious state has given rise to a good deal of research.

Homer, for example, described in the Iliad what Achilles’ dreams were like. No matter how hard he ran after Hector, he could never catch up.

Furthermore, Aristotle explained in Problemata that waking thoughts continue to accompany us in our dreams and often become threatening and even prophetic. Sigmund Freud also delved into this area by describing the case of a little boy who recurrently dreamed about how he’d lost his mother and had no one to comfort him.

Currently, many studies emphasize the need to understand those elements that break into the fabric of dreams. They see it as a way of identifying anxiety triggers.

Children show many of their fears and anxieties through dreams. They should explain their nightmares to us, in case they warn us of possible problems they’re experiencing in real life.

Heinrich Heine University (Germany) conducted a study that analyzed recurrent dreams in people who suffered from an anxiety disorder.

They formed two experimental groups. The first group was made up of patients diagnosed with anxiety and in the second were people without the disorder. It became clear that there was a dream pattern that repeated among those who suffered from anxiety. They included the same scenes, symbols, scenarios, and emotional experiences. They were distressing dreams, to the point that the individuals found it difficult to differentiate them from a nightmare.

It was the neurologist Ernest Jones, author of On The Nightmare, who defined the distinction between a dream and a nightmare. He claimed a nightmare is an experience that causes intense fear, a feeling of tightness in the chest, trouble breathing, and the person’s conviction of being helpless and paralyzed. This is something many people experience. For example, children manifest their anxiety with night terrors.

Let’s take a look at some of the recurring dreams in people who suffer from anxiety.

Walking down an alley and suddenly hearing the sound of footsteps behind them. They can barely make out the face of the person chasing them, but the sense of threat and anguish is there. The perception of danger and that someone wants to harm them is a recurring experience in the dreams of those who suffer from anxiety.

Those who suffer from an anxiety disorder not only experience insomnia problems, but their night rest is also of poor quality.

It’s often said that, in the dream universe, it’s rare for someone to see their own death. This is true. However, dreams impregnated with violence, in any of its forms, are orchestrated by an adverse and complex emotional state.

Anxiety traces dreams in which people are hit or pushed or someone steals from them or assaults them in some way. The anguish that these experiences generate means that they sometimes wake up, startled.

3. Being excluded and rejected by others

The image of being separated and even abandoned is often recurrent in the dreams of people who suffer from anxiety. For instance, they might be rejected by their partner. Or they may be fired from their job or discover that their family hates them and demands that they leave. Without a doubt, these dreams are intensely emotionally charged.

4. Losing a loved one

Anxiety can be Machiavellian when it takes control of the unconscious in the dream world. Another recurring dream of people with anxiety is witnessing the death or funeral of a loved one. Also, if they have children, they may dream that they lose them in a supermarket or that, suddenly, they get out of hand.

5. Having a verbally aggressive encounter with someone

In some dreams of anxious people, almost without knowing how it’s happened, they start conversations that end in highly aggressive discussions. In fact, they find themselves as victims of someone who won’t stop berating and insulting them as well as issuing lies and threats.

This makes them feel helpless. Furthermore, they may not be able to speak because they don’t have a mouth.

Feeling paralyzed or losing their voice are common dream experiences among patients diagnosed with anxiety.

They might have the feeling that their limbs weigh a ton, or that they’re tied up and even embedded in a tiny space from which they can’t escape. It’s an experience in which their body doesn’t respond to their desires. Consequently,  they find themselves captive to immobility.

7. Suffering a fall or about to suffer a fall

They don’t really know why they’ve climbed onto that balcony, window sill, or precipice. However, they find themselves before an abyss of emptiness with the danger of an imminent fall.

They might lose control of the car. Or get on an elevator and it starts to fail. They might fall down the stairs, get run over when crossing the street, or the plane in which they’re traveling crashes.

In fact, their brain plays around and makes them suffer during the night, as if it isn’t hard enough having to deal with anxiety every day.

9. Failing in their plans

If they have plans on the horizon, people with anxiety tend to dream that they’ll end in resounding and embarrassing failure.

Seeing how all their goals vanish and collapse is an extreme form of suffering.

Many of us have probably had this dream at some time or another. In fact, the day before a trip, an exam, or an important event, it’s common to dream that we miss the plane, arrive late, or go to that appointment without clothes. Indeed, anxiety maintained over time is an enemy, both in real life and in the land of dreams.

If you’re experiencing some of these dreams, you should consult a specialist. If not, you’ll find that this adverse psychological state will end up penetrating every area of your life, including your nightly rest. Don’t let that happen. 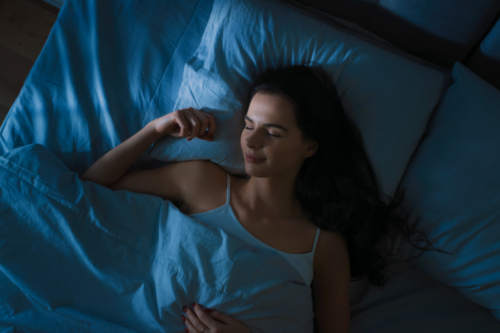 Seven Types of Dreams
In this article, we list seven of the main types of dreams and explain them from a scientific perspective. Read more »

The post Ten Recurring Dreams in People Suffering from Anxiety appeared first on Exploring your mind.

Swearing is Good for Your Health, Science Claims