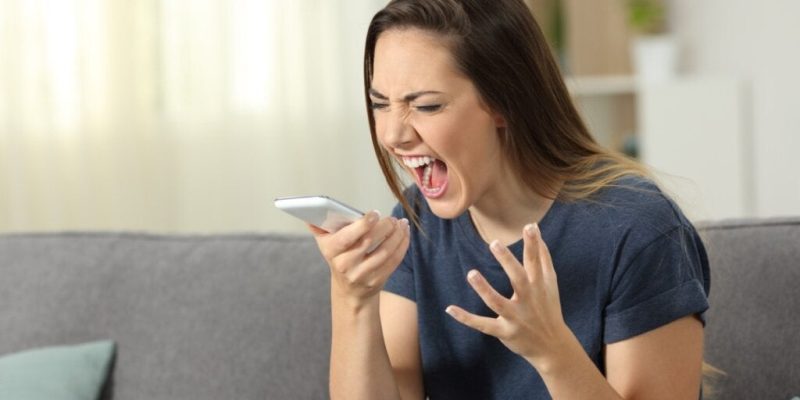 Swearing, cursing, blaspheming, letting go of a whole string of expletives. We’ve all done it at some point. Furthermore, several investigations claim that swearing has unexpected psychological benefits. Some are linked to the simple act of it being an emotional release that provides relief. Others are connected to motivation and physical performance.

This is something that’s evidenced in some athletes. When a sports discipline requires them to make a specific physical effort or to overcome a certain difficulty, they often swear. It’s not aimed at insulting anyone. It’s a behavioral pattern in which catharsis is combined with a much-needed harangue toward themselves. It helps them to improve and succeed.

However, this isn’t something that’s viewed favorably. Even less so nowadays, when every action and small gesture is examined through a magnifying glass and value judgments are made. The fact that swearing gives relief doesn’t seem to be taken into account.

Nevertheless, it’s now been proved that, as long as these insults aren’t used to attack or denigrate anyone, occasional swearing helps the swearer.

What are the benefits of swearing?

Some people don’t seem to be able to string even a few words together without one of them being a swear word. Others are an example of correctness and never say a swear word out loud. That said, this doesn’t mean that they don’t think them or say them quietly under their breath.

We resort to these expressions because, beyond the protocols and social norms, they provide some relief from elements that are potentially capable of generating frustration. At least, this is the case when swearing serves as a personal catharsis, and not as a weapon to insult others. However, even when you swear when you get angry with someone, it acts as a powerful expressive channel for you.

William Shakespeare was adept at using the most flowery language imaginable to describe swearing. In his texts, we can find expressions such as “you whoreson malthorse drudge” and “thou elvish-mark’d abortive rooting hog”. Indeed, few rivaled him in inventiveness.

Let’s take a look at what benefits swearing can bring, according to science.

Swearing acts as an analgesic

Keele University, Staffordshire (UK) conducted an interesting study on the subject of swearing. The researchers discovered that the simple act of swearing is accompanied by a release of adrenaline. This allows us, at certain times, to face pain with greater courage, decision, and forcefulness.

As a matter of fact, resorting to this type of expression acts as a momentary pain reliever. It’s ideal for the athlete who needs to make one last effort despite their physical pain.

It’s been observed that swearing raises the level of endorphins and generates a general feeling of calm, control, and well-being.

There are times when life becomes so chaotic that you feel like you’re losing control. It might happen when your tasks at work start to pile up and you have the feeling that you’re not reaching your targets. In this case, swearing provides a torrent of energy to your self-esteem.

There are those who have an exceptional gift when it comes to expressing curses or bad-sounding words. It’s a striking ability that, according to a study conducted by researchers Kristin L. Jay and Timothy B. Jay reveals signs of intelligence and richness in vocabulary.

This kind of fluidity can be found in the quotes we mentioned above from William Shakespeare. Only someone with grace, ingenuity and dialectical ease in this matter could manage to make us laugh instead of infuriating us. In fact, far from being base and vulgar, the linguistic mastery is amazing.

“Come on, you can ******* do it”. Adding a swear word to this sentence acts as a great motivator. This is the hypothesis supported by another study conducted by Keele University. It claims that cursing and swearing not only acts as an analgesic for pain. In addition, they bring drive, motivation, and resolution to our behavior.

However, swearing should be approached with a sense of humor and seen as a fun strategy that serves to give us positive reinforcement. It’s a form of camaraderie, of being our own accomplices in difficult moments so we can get back up again and act, succeed, and emerge victorious.

There are few people who’ve never used a swear word in their lives, although it’s always advisable to maintain control in such cases.

In conclusion, we can confidently state that everyone resorts to swearing at times but you should try not to be clouded by emotions such as anger at these moments. Try to make it a cathartic and liberating exercise. Use swearing as a resource that’s full of exquisite flourishes and that acts as a soothing balm for your stress and a way of giving you encouragement.

Six Keys to Expressing Your Emotions
Putting emotions into words is a venue for expressing your emotions and therefore a rather healing exercise. Expressing ourselves is healthy and liberating. Read more »

The post Swearing is Good for Your Health, Science Claims appeared first on Exploring your mind.