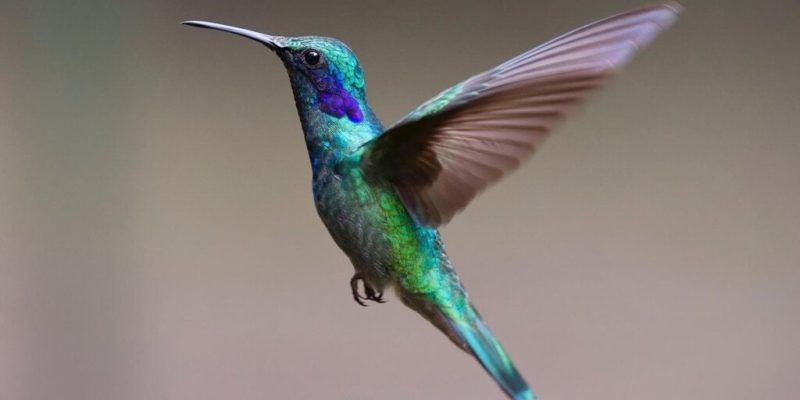 The Mayan legend of the hummingbird dates back to 2000 BC. This cultural and anthropological legacy reveals the fascination of the Mayans toward a bird that appears to have a rainbow printed on its plumage. It’s a creature of just 20 grams that’s capable of flapping its wings up to 60 times per second. Furthermore, it was thought to possess magical abilities. One of them was acting as messengers between people and the gods.

The beauty of this bird also symbolized pure love and the fragility of the heart. In fact, there are few creatures that appear so delicate yet extraordinary at the same time. It’s also the bird with the largest brain in relation to its size. Perhaps, nature or, according to the Mayans, gods, created it with a very specific purpose in mind.

According to the legend, its task was to collect every thought, desire, and reflection of all humans and take them to the Mesoamerican deities located between Guatemala, Belize, and Mexico. Also, in the western part of Honduras and El Salvador. A part of this legendary past of the hummingbird has remained among us in the form of a number of curious traditions… Let’s take a closer look.

According to legend, anyone who dares to capture a hummingbird will be punished by the gods.

The Mayan legend of the hummingbird: the messenger of the gods

A part of the Mesoamerican culture is still present in certain traditions of the modern Maya. This is largely due to the books of Chilam Balam. These were written by the descendants of the Mayans during the Spanish colonization.

Within this mythology, special reference was made to two deities. They were Tepeu and Kukulkan (Quetzalcoatl for the Aztecs) and were the creators of the entire known world. In addition to ‘making’ the earth, the mountains, the rivers, and the seas, they gave life to human beings and animals. To the latter, they attributed a task and function to each one.

When the gods finished their complex task of creation, they realized one thing. They’d forgotten to make a messenger, a creature to serve as a link between deities and mortals. The Mayan legend of the hummingbird says that they took a piece of jade and began to carve an arrow from it.

Later, once their work was finished, they blew to remove the dust caused during its carving. As they blew, a small, shimmering creature sprang to life and flew away. It flew really high and fast, seemingly possessed with the magic of beings that don’t belong to this world.

It had the colors of the rainbow in its plumage and its wings were like those of an insect… They called this little bird the x ts’unu’um.

The hummingbird is such a small and delicate bird that it can approach and feed on any flower without even moving it. It’s said that the Mayan gods were fascinated with their creation. They loved watching it when the raindrops fell on its plumage. In fact, this little creature shone in such a way that it seemed to have the entire universe imprinted on its feathers.

The Mayan legend of the hummingbird tells us that this bird became a carrier of messages between worlds. It not only brought to the gods what humans thought, felt, or needed, it also brought information from beyond, from the deceased.

As a matter of fact, today, it’s said that if we see a hummingbird, it means that someone who loves us is thinking of us.

Despite their apparent fragility, hummingbirds are found from Alaska to Chile. There are more than 343 identified species and meeting one of them is always a reason for joy,

Those countries fortunate to have these beautiful creatures in their ecosystem know that no one can remain indifferent when they encounter one. Furthermore, the legend of the hummingbird indicates that they’re bearers of joy and good luck. Not only that, their mere presence has healing properties.

With its nervous flapping wings, this little bird brings hope, joy, and healing. It’s claimed that when it flies around a person’s head it removes negative energies, appeases pain, and suffocates sorrow. Certainly, we only have to look at the flash of its plumage to fall under its magical spell.

A hummingbird should never be touched, caught, locked in a cage, and even less killed. In fact, the Mayan gods outlined an implacable curse for mortals who dared to harm their beautiful and fragile creature. It’s said that whoever dares to harm them will forever suffer heartbreak, fall ill, and die early.

The hummingbird is a sacred animal. It’s a link between worlds and a faithful messenger. It brings joy and its body contains the extraordinary reflection of the universe, the rainbow, and all those wonderful colors of nature itself. Let’s make sure we respect these wonderful and fascinating creatures. 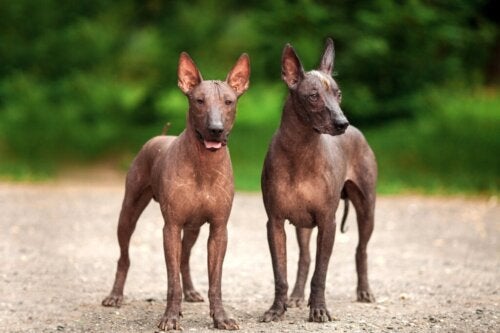 Xoloitzcuintle: The Aztec Dog Who Guided Souls to the Underworld
The Xoloitzcuintle is a breed of dog that’s more than 5,000 years old. It’s originally from Mexico and has a fascinating history. Read more »

The post The Mayan Legend of the Hummingbird, the Messenger of the Gods appeared first on Exploring your mind.