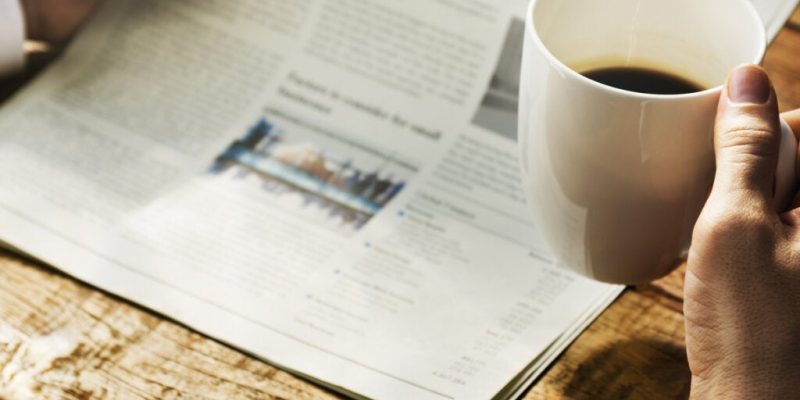 Edgar Allan Poe was one of the most popular American writers of all time. Master of the short story, he was one of the greatest exponents of romanticism. In fact, his works are considered some of the classics of universal literature.

Poe is known worldwide for his poem, The Raven (1845). However, his horror, science fiction, and detective stories rank among the best ever written. His eventful life was as tragic as some of his works, so in many ways, his work mirrored his reality.

If you’re a fan of reading, you’ll undoubtedly have come across some quotes from this writer who was born in Boston in early 1809. Although he wasn’t that successful when he died, he had earned recognition in some sectors.

Let’s take a look at some of the best quotes from Edgar Allan Poe about death, life, madness and beauty.

1. “Beauty of whatever kind, in its supreme development, invariably excites the sensitive soul to tears”.

This is one of his best-known quotes and one that faithfully captures the romantic idealism of the time. Indeed, beauty certainly does arouse emotion in the beholder, no matter what kind of beauty it may be.

2. “I have no faith in human perfectibility. I think that human exertion will have no appreciable effect on humanity. Man is now only more active – not more happy – nor more wise, than he was 6,000 years ago”.

We tend to believe that many attributes increase with the passage of time. However, this isn’t a given, since in many aspects they deteriorate. It happens both with happiness and with other great desires of man.

Those with the ability to daydream see things that others never manage.

4. “The most natural and, consequently, truest and most intense of the human affections are those which arise in the heart as if by electrical sympathy”.

It’s as if there were a kind of previous connection. This is the most sincere and natural manifestation of affection that we can develop.

5. “Decorum – that bugbear which deters so many from bliss until the opportunity for bliss has forever gone by”.

Because many times there are no second chances. Therefore, you should think long and hard about which train you should let pass and which one you should jump on.

6. “If you wish to forget anything on the spot, make a note that this thing is to be remembered”.

Never a truer word spoken. In fact, irony is always present in the phrases of Edgar Allan Poe. If you’d like to find out more about his life and work, take a look at these links to the Poe Museum and the Edgar Allan Poe Society of Baltimore.

7. “The true genius shudders at incompleteness – imperfection – and usually prefers silence to saying the something which is not everything that should be said”.

One of the many characteristics that can be attributed to a genius.

8. “It is the object of our newspapers rather to create a sensation – to make a point- than to further the cause of truth”.

Just think, these words were said almost 200 years ago, although they’re equally as relevant today. The validity of the phrases of Edgar Allan Poe represents the validity of his thought.

These words are found in his popular poem, A Dream Within a Dream (1849). The dream experience is a constant in the phrases of Edgar Allan Poe.

10. “Believe nothing you hear, and only one half that you see”.

This quote comes from Poe’s story, The System of Dr. Tarr and Professor Fether (1845). Doubting what surrounds you isn’t only a sign of prudence, but also of intelligence.

11. “I remained too much inside my head and ended up losing my mind”.

There are many Edgar Allan Poe quotes about madness, so many that we could’ve made a compilation of them alone. This quote, like some of the others we mention later, describes his own experience.

12. “I dread the events of the future, not in themselves, but in their results”.

He means the way in which these events can surprise or condition our lives. In fact, uncertainty about the future is something no one can escape.

13. “To die laughing must be the most glorious of all glorious deaths!”

Or at least that’s what this romantic writer thought. It’s better to die laughing than to die in the deepest sadness.

14. “Even with the utterly lost, to whom life and death are equally jests, there are matters of which no jest can be made”.

These words appear in the story, The Mask of the Red Death (1842). Without a doubt, there are times for joking and others when we must take things seriously.

15. “The scariest monsters are the ones that lurk within our souls”.

They’re not under the bed or in the closet. They’re within you and if you never face them they’ll never stop scaring you. If you’re a fan of horror, you should also read some of H.P. Lovecraft’s works who considered Poe to be his mentor.

16. “The customs of the world are so many conventional follies”.

Only they’re so internalized that we’re unaware of them.

17. “All suffering originates from craving, from attachment, from desire”.

It doesn’t matter who you are, your suffering in life is due to craving, attachment, and desire. Furthermore, these are all too often taken to the extreme.

18. “The memory of a past happiness is the anguish of today”.

These words connect with the previous ones. If you feel longing, attachment, or desire for the past, especially for the happiest times, it’s only natural that this leads to anguish.

You should never stop wondering and dreaming. These words of Poe make you realize that not all of his quotes were negative.

20. “Years of love have been forgot, in the hatred of a minute”.

Unfortunately, this is something that happens thousands of times every day. One outburst can, indeed, bury the love that two people profess for each other.

21. “Invisible things are the only realities”.

These words were reformulated in different ways at later dates. For example, everyone knows these from The Little Prince (1943) “What is essential is invisible to the eye”.

22. “Sleep: Those little slices of death, how I loathe them”.

To give you an idea, the average human sleeps about 25 years of their life. Therefore, you spend a third of your life sleeping.

23. “It has not been in the pursuit of pleasure that I have periled life and reputation and reason. It has been in the desperate attempt to escape from torturing memories, from a sense of insupportable loneliness and a dread of some strange impending doom”.

These words connect us with the final hours of the life of the American writer.  As a matter of fact, to this day, the circumstances of his death are still discussed.

24. “There is no exquisite beauty… without some strangeness in the proportion”.

In other words, no beauty escapes some kind of imperfection.

25. “The ninety and nine are with dreams, content but the hope of the world made new is the hundredth man who is grimly bent on making those dreams come true”.

Dreams and ideals by themselves are nothing until they materialize. The problem is that there are more dreamers than doers in real life.

With this last reflection, we finish our list of some of the best phrases of Edgar Allan Poe. We suggest you take a look at his work and discover some more ideas of this creative genius. 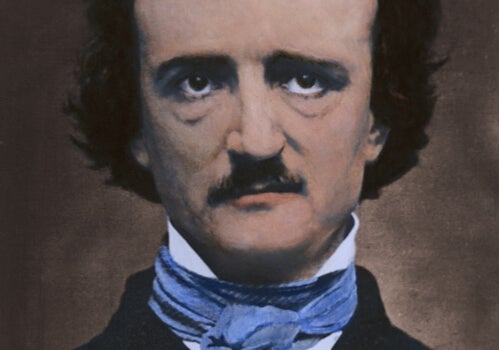 Learn All about Edgar Allan Poe
Edgar Allan Poe is one of the greatest literary geniuses the world over. The legends about his unusual life sometimes overshadow the value of his writing. Read more »

Sociosexuality: Having Sex Without Commitment or Emotional Attachment