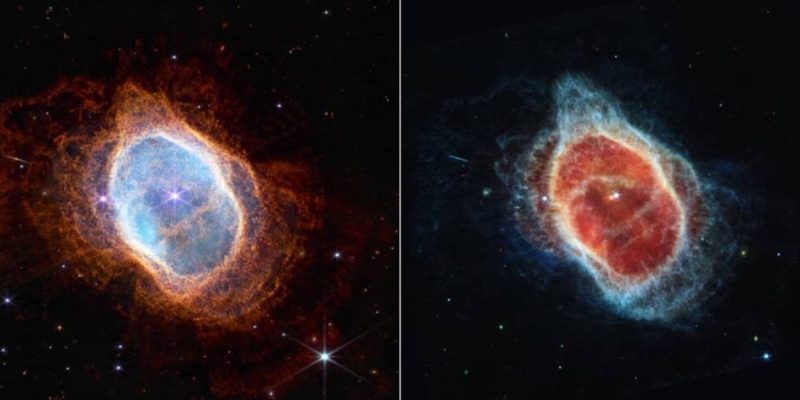 In a world that wakes up every day to the most hopeless news, the images from the James Webb Space Telescope are a window of hope. Indeed, this marvel of space engineering allows us to get a little closer to the edges of the universe. It permits us to continue in that eternal search for other forms of life beyond our own solar system.

This set of photographs has been viewed by various fields with an almost childish, curious, and dizzying emotion. When NASA published the images of the spectacular Carina Nebula, the Vatican was quick to react, claiming “It is the extraordinary power of God and his love for beauty”.

It’s impossible to be oblivious to everything in this vast, infinite, and unknown scenario. In fact, it’s really difficult to stop looking at those cosmic cliffs of the nebulae and not experience something profound. It’s almost a direct invitation to reflection and introspection.

For example, we realize how extraordinarily small we are seen from that stellar perspective. However, as Carl Sagan claimed, we’re also rare and precious at the same time, because there’s no one like us in a hundred billion galaxies.

“We’ve done such a rotten job managing our own planet, we should be very careful before trying to manage others.”

The James Webb Space Telescope and its impact on humanity

This telescope is up to 100 times more powerful than Hubble, the old space telescope. It’s named in honor of the second administrator of the National Aeronautics and Space Administration and has a specific purpose. Its purpose is to capture the light of space (especially infrared) and direct it toward a series of scientific instruments in charge of its analysis.

Thanks to this remarkable instrument, we’ll be able to witness the birth of stars and planets. Furthermore, beyond its scientific purposes, it’s had a tremendous social impact. Because the mysteries of the universe aren’t only material for science, they also nourish our own imaginations and reflections.

The visual pleasure that they provoke invites us to get lost among the incredible amorphous forms of nebulae, in the eight-pointed stars, in the deep blacks and highly saturated colors. Virtually everyone, regardless of social class, gender, political orientation, or religion, has reacted to this set of photographs.

Let’s take a look at what the James Webb Space Telescope can contribute to human psychology.

The mystery of the cosmos unifies people

We all want to know more about everything that extends beyond our planet. On July 12, when NASA released that tiny slice of the universe, the world ground to a halt. Social networks all shared the same image. We didn’t have to be passionate about astrophysics to experience interest and fascination.

For a few hours, those photographs diluted our individualities to unify us and turn us into expectant children, delighting in something new.

The University of California published an article in 2015 delving into the emotion of wonder. Events such as those experienced a few days ago with the James Webb telescope can promote new behaviors in human beings. When we’re amazed by an unusual, positive, and shocking event, we carry out processes of reflection and introspection.

The fact of being aware of our smallness in the midst of a universe that’s so vast, so beautiful, and so full of enigmas, can make us focus a little more on others and not so much on ourselves. Looking at the cosmos awakens our humility and our prosocial behavior. We’re a speck of dust in the midst of awe-inspiring immensity. Wouldn’t it be better to tone down our selfishness a little?

Together we can create spectacular advances for the benefit of all

More than 20 countries have collaborated in the construction of the James Webb Space Telescope. More than 1,000 scientists have worked on it, shaping this engineering feat of the future. In addition, placing a satellite weighing more than 6 tons in space has been one of the most expensive and complex events known to date. And it’s been a resounding success.

This event is a clear example of what humanity could achieve if it always acted in an interconnected way, side by side, sharing energies and intellectual capital. Indeed, in an increasingly polarized world, these achievements demonstrate how much we could achieve if we unified our efforts for hopeful advances.

The James Webb Space Telescope, the light inside a flashlight

It’s taken us many centuries to get to where we are today. Many people were silenced, burned, and denigrated for revealing the mysteries of the universe. However, in the 21st century, there are still those who despise science and continue to believe that the Earth is flat and continue to perpetuate other superstitions.

The James Webb Space Telescope is to serve as a flashlight making its way into Plato’s cave. It must convert the shadows of the mystery into revealed facts, into data to study, and truths to understand. Such a process will take time. However, as humanity, we must be prepared to discover new information that will possibly boost our species.

Let’s hope that, by that time, we won’t still be fighting each other, but that we’ll have advanced in knowledge, maturity, humility, and cohesion. 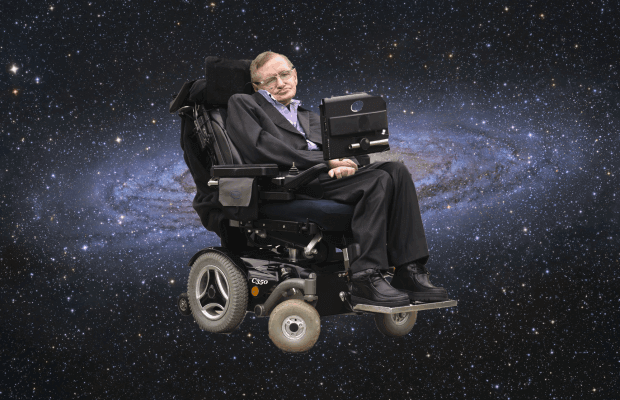 Stephen Hawking: The Man of The Stars
Read more »

The post How Will the James Webb Space Telescope Affect Human Psychology? appeared first on Exploring your mind.

Identity Amnesia in Love: Forgetting Who You Are