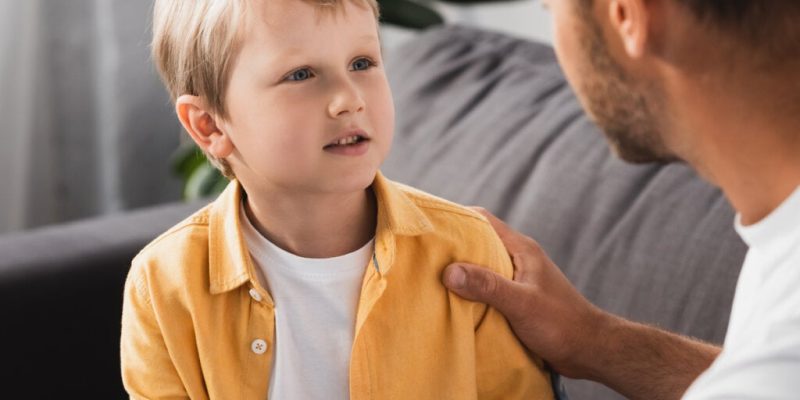 There’s a whole range of stereotypes related to being the youngest son. They’re often seen as pampered and indulged with a tendency to act first and think later.  There are also other myths and legends that portray them in a different light.

However, it’s important not to generalize. The determining factor is the type of family into which they’re born. If the family structure is loving and healthy, the little one will be looked after and receive the benefit of being brought up in a constructive environment.

On the other hand, if we’re talking about a dysfunctional family, the youngest son could find themselves on the receiving end of various forms of abuse. They’re more vulnerable than their siblings and they grow up in an environment that’s structured in an inadequate way. In fact, they may be burdened not only by neurotic parents, but also by confused siblings.

“Your children are not your children. They are the sons and daughters of Life’s longing for itself .”

The youngest son in mythology

The youngest son has long occupied a decisive place in different stories, myths, and legends. For example, in the Bible, the first brothers in history were Cain and Abel. The youngest was Abel and he ended up being a victim of his brother, who envied him for being God’s favorite.

Jacob’s youngest son (who bought the birthright from his older brother, Esau, for a mess of pottage) was Joseph. He was sold by his brothers to some merchants. They resented that their father preferred him to them.

Meanwhile, in Greco-Roman mythology, Gaia charged her youngest son, Saturn, with the complex task of castrating his father, Uranus. This he did, and with it, dethroned his father. Then, fearing that his own children would do the same to him, he decided to devour them as soon as they were born.

However, Jupiter, the youngest of his offspring, was saved from this fate. Again, the myth was repeated: Jupiter, or Zeus in Greek mythology, rescued his brothers and waged a war against their father, Saturn. In the end, he defeated him and became the king of Olympus. As we can see, in mythology, the youngest plays the dual role of victim and savior.

The youngest son in psychoanalysis

Sigmund Freud attached great importance to the birth order of children. He thought that it exerted a great influence on character formation, identification processes, and the configuration of neuroses. In fact, he observed that, often, the eldest son is the one in charge of preserving the traditions of the previous generation, while the youngest son is the discoverer of new territories.

From this perspective, the eldest son is the one destined to identify most strongly with their father. It’s a direct identification. The parent expects this child in particular to be their extension. Their role is to soothe their father’s narcissistic wounds. Frequently, this pits them against their siblings. They want to be ‘unique’ in this hierarchical structure.

On the other hand, the youngest son experiences a more complex identification process. They often end up being part of their mother’s narcissistic ideals. In other words, they become her ‘ideal product’. They usually question traditions and don’t feel obligated to preserve anything. Furthermore, the fantasy of supplanting their father tends to be imprinted within them. This is the same idea as suggested in the Greco-Roman myths.

The youngest son in psychology

In psychology, there’s even been talk of the ‘youngest child syndrome’ as a reality observed in many families. Mothers tend to be overprotective of the littlest one. This can cause them to become more dependent and insecure.

It’s also common for them to continue to feel and behave like a fragile child, even into their adult life. Overprotective mothering leads them to feel that others are to blame for the negative situations they experience. In addition, they have difficulty distinguishing autonomy from helplessness.

On the other hand, they tend to be more open-minded and tolerant than their siblings. Although they have a hard time asserting themselves, they also possess more social skills to overcome differences and be empathic.

If they can trust their own judgment more and stop fearing lack of support, without a doubt, they’ll become wonderful adults. 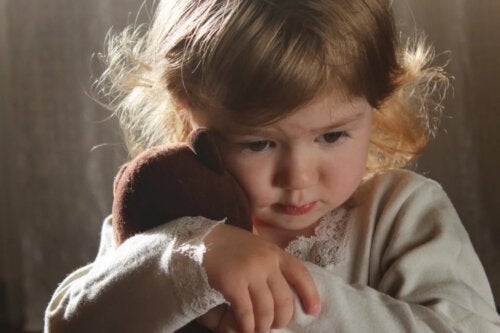 Childhood Experiences Modify the Brain
Research has proven that childhood experiences modify the brain. Find out here about some of the relevant experiments and research. Read more »

The post The Pros and Cons of Being the Youngest Son appeared first on Exploring your mind.