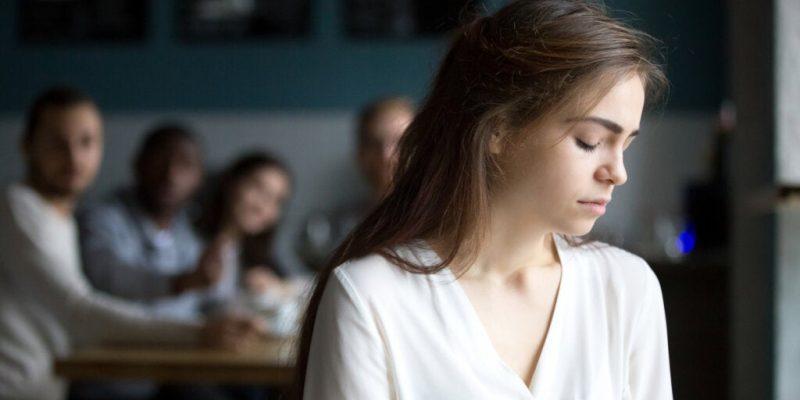 Labeling theory explains how others perceive a person’s behavior. Then, based on its characteristics, they label it within social and cultural conventions. The central concept of this theory is that society negatively labels anyone who “deviates” from the social norms.

Sociology studies conventions and social norms. It uses the concept of deviation in respect of labeling theory. This means that if a person’s appearance or behavior conforms only to a social minority, they’ll be negatively labeled. That’s because they don’t meet the standards of the norms and culture of the dominant society.

However, what does it mean to label someone who’s not part of a majority community?

A brief history of labeling theory

Howard Saul Becker was an American sociologist and heir to the Chicago School. He developed the symbolic interactionist perspective and was the first to propose the idea of deviation. According to his research on social groups and their interactions, deviation from the social norm isn’t a condition inherent in a person. Rather, it’s the identification of this by a community that professes certain norms according to “social coexistence”.

This collectivity or social majority will tend to impose sanctions on a person or a minority for transgressing its regulations and deviating from its social customs. According to the situation described above, labeling, with a strong discriminatory character, would be unavoidable.

The role of stereotypes

It’s common to stereotype a person according to their traits with regard to the minority group they belong to. In this case, the social majority points to it and generalizes it, under the perceptive parameters it has about its norms and customs.

Their main purpose is to pigeonhole individuals as transgressors of the norm. That’s because they don’t comply with what the majority dictates. However, this often means stigmatizing them in a discriminatory manner.

The concept of deviation is classified into two types: primary and secondary. Edwin Lemert (1912-1996) was a professor of sociology at the University of California. He defined the two types as follows:

At some point, we’ve all committed actions that are classified as deviant. For example, using drugs, carrying out unauthorized graffiti, ignoring traffic laws, etc. However, a few are pigeonholed as absolute deviants and rule-breakers. They exhibit specific characteristics.

The stigma that comes from labels

Stigma is closely related to secondary deviance. It concerns the role assigned to the deviant person and serves to distort their biography. It means that certain acts they carry out in society are negatively classified as acts that deviate from the norm.

Thus, the individual and all their past acts begin to be reinterpreted under the perspective of stigma. This is a process of biographical distortion. It’s known as retrospective labeling.

According to the sociologist, Erving Goffman (1922-1982), stigmatizing an individual activates certain social effects. For example, social isolation. It’s driven by a group that identifies with the rejection of the deviant (stigmatized). The consequence would be that, upon receiving limiting indications, the individual ends up believing them. In effect, they assume the role that the stigmatizers gave them. It’s as if the stigmatizers are prophets of the final role to be played by the “deviant,” according to Robert K. Merton’s application of the Thomas theorem.

Thanks to the unfortunate prophetic role of the stigmatizers against the “deviant” (self-fulfilling prophecy), the labeled person acts according to the criminal actions foisted on them by the stigmatizing group. For example, if they used drugs only once, but were singled out and repeatedly harassed by the majority for these actions, it’s extremely likely that they’ll end up being a regular user. In fact, they unconsciously fulfill the stigmatizing demand.

Thanks, in part, to labeling theory, criminology can predict the patterns of certain individuals who fulfill the stigmatizing prophecy. This process makes the accused, so to speak, seek the approval of others who are like them, those who are also accused by “the majority.” This situation causes these behavior patterns to be continually repeated. Hence, it becomes a vicious circle.

How labeling theory works in psychology

Labeling theory, by secondary deviation, can also attack mental health. Bearing in mind that the function of the social majority is to reject and isolate the one designated as deviant, it can lead to mental disorders for those who assume and suffer from this role.

However, the same isolation mechanism can be applied to those who aren’t emotionally regulated or considered mentally ill by the social majority. For example, classifying a person as obsessive-compulsive simply because they demonstrate some features of the disorder can often mean that they really end up suffering from it. That’s because they’re treated as if they were really sick and, therefore, unconsciously assume this role. In effect, they perform the self-fulfilling prophecy.

What can be done about labeling theory?

First of all, the majority isn’t always right. Even more so when each member doesn’t have their own criteria or possess a critical sense about what they presume to be “deviant”. In addition, the human being is a political and social subject by nature. Hence, they tend to seek approval or recognition in some way. However, it’s not correct to pigeonhole anyone so that they’re outside the norm.

A critical stance must be taken against the collective stigmatization of individuals and minorities. This implies reflecting on how it is that certain individuals end up learning perverse or counterproductive habits. Habits that are detrimental to their physical and mental health. They behave like this simply because they’ve been pigeonholed to indulge in such punishing behaviors in accordance with the “norm” of the social majority.

Diagnosis and prevention of individual and collective behavior are the main tools to break the vicious circle of stigmatization. They can put an end, once and for all, to the kind of collective behavior that indiscriminately judges those who feel, think, and act differently from the conventions and norms of the social majority. 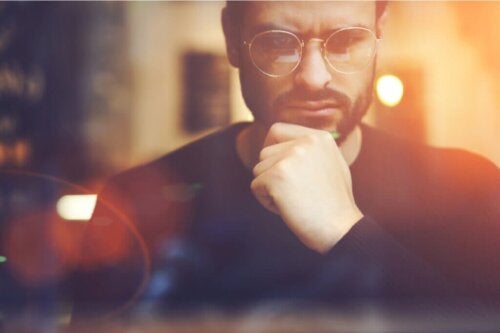 The post Labeling Theory: The Stigmatisation of Labels appeared first on Exploring your mind.

The Different Layers of Psychological Skin