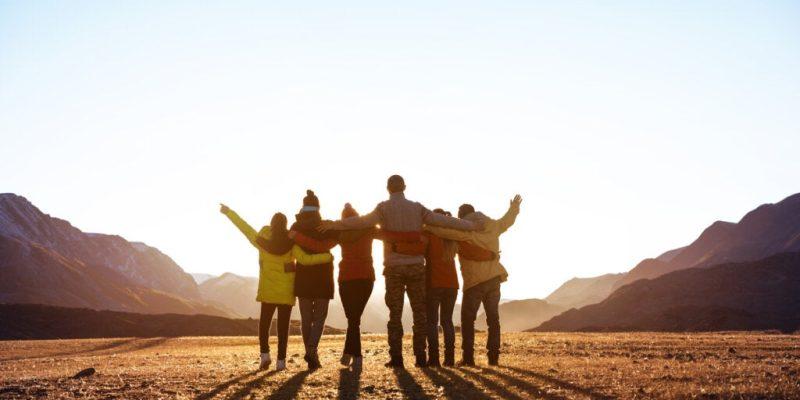 “I want you to like what I like, enjoy what I enjoy, and share the same passions”.You might think these words sound rather intrusive. On the other hand, maybe you long for your partner and friends to have the same interests as you. To appreciate the same things you love.

An example of this is when you recommend a series and can’t wait for them to see it so you can discuss it with them. Furthermore, you almost force them to go to the cinema to see certain movies, insist that they accompany you to certain events, and even try the food you like. It’s because sharing experiences means sharing sensations and, if you do it with important people in your life, you experience a greater sense of well-being.

At the root of this extremely common (and understandable) behavior is a fascinating neurological mechanism. In fact, as human beings, we’re programmed to want others to have ideas and tastes similar to ours. This feeling forms the basis of our community and social groups. We’re united by similar realities, goals, and passions.

Opposites can attract. However, in reality, only those who share common tastes, values, and hobbies build more stable relationships.

Some simply make suggestions while others impose their tastes on you. For instance, you probably have a friend who always recommends certain books, series, sports, types of food, and even beauty products. They expect you to try, read, or quickly watch what they like because they claim they enjoy things so much more that way.

This can be annoying at times. However, the truth is that you like to live common experiences and share sensations with the important people in your life. That said, there’s always a limit. As a matter of fact, in some relationships, when one partner wants the other to like what they like, it can almost resemble blackmail.

Indeed, when a suggestion gives way to an imposition that’s almost a threat, a problem emerges. After all, at the end of the day, harmony in a relationship depends on freely and spontaneously sharing a series of affinities. That’s what makes the magic. Nevertheless, there are those who process any difference in their likes and dislikes as an inescapable sign that the relationship may be in crisis.

Similarity is the basis of attraction between people when starting a relationship or friendship. Discovering someone who shares hobbies, values, and passions like ours is always exciting.

Research conducted by Illinois State University claims that similarities generate attraction. In other words, when you meet someone who looks like you or has almost the same tastes, passions, and hobbies, you experience an “emotional crush”. This is a good place to start a friendship or a relationship.

Consequently. when you discover something interesting that excites and surprises you, you also need to share it with those who’ll also enjoy it. You share to reinforce and validate the relationship and also to:

Although popular legend insists that opposites attract, reality tells us that, even if they attract, these relationships don’t last. Indeed, for any relationship to remain stable and happy, you need to have more similarities than differences.

Researchers from Wellesley College and the University of Kansas claim that in friendships, similarities determine the stability of the bond.

They also stressed that these similarities shouldn’t be anecdotal. In fact, you prefer people who are similar to you in aspects that really matter to you, such as attitudes, values, personality styles, behaviors, etc.

It seems it’s not enough to have the same cinematographic or literary tastes. You also want others to like the same realities.

Once again, this dismantles the idea of opposites attracting. In reality, while you may be curious to a certain degree, you won’t ultimately be able to enjoy and set common goals or live with someone with whom you have nothing in common.

Disagreements, and ideological and value clashes are the ones that most generate estrangement in a relationship.

Perceived similarity is gratifying. That’s because you often need others to like the same things as you to know that there’s still magic in a relationship. Also, as we mentioned earlier, you enjoy shared passions so much more.

However, there’ll never be 100 percent similarity between you. For instance, that series that you loved might bore your partner or best friend to tears. Nevertheless, it’s not the end of the world. The most important thing is to share the same values, purposes, and philosophy of life, as well as have one or two passions or hobbies in common.

Small differences, if respected, are just that, insignificant anomalies that make us laugh. 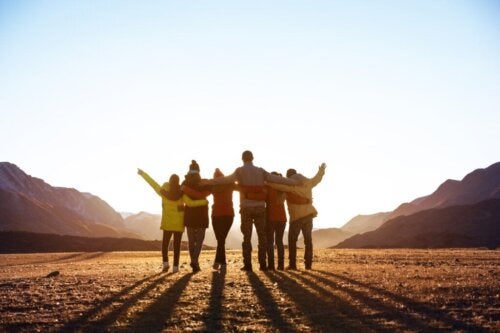 The post Why Do You Want Others to Like the Same Things as You? appeared first on Exploring your mind.

An Innovative Treatment for Hypochondria