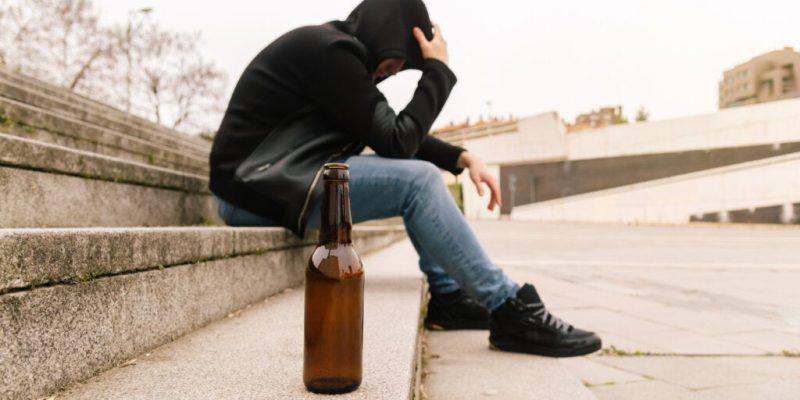 Alprazolam is one of the most widely used medications to treat anxiety disorders. It’s marketed under the names Xanax, Xanax XR, and Niravam. It’s especially indicated for people who suffer from panic attacks or agoraphobia or are exposed to chronic stress.

What do the experts say about mixing alcohol and alprazolam?

Just a couple of drinks can increase the side effects of drugs such as benzodiazepines, which are characterized by their sedative effects which include dizziness, tiredness, and drowsiness. In some cases, they can also cause ataxia, amnesia, and skin rash, among others. For these reasons, experts recommend that those who are taking alprazolam should avoid alcohol consumption.

The DEA classifies alprazolam as a drug with a certain potential for abuse and dependence. However, millions of people around the world use the drug without a prescription. Furthermore, many of them don’t respect the recommended dosage. In these cases, the dangers of combining the drug with alcohol are even greater.

Alprazolam works by promoting the release of dopamine in the body. That’s why it provides a calming effect. When alcohol is ingested, it has the same effects. depending on the amount of alcohol. For instance, if you drink a little, a calming effect is achieved. This will be replaced by greater excitation the more you drink.

Certain research claims that some adverse effects when mixing alprazolam and alcohol may be related to aggressiveness. They discovered that, in competitive activities, after the combination of both agents, patients were more aggressive, hostile, and anxious. These feelings were more likely to develop in the face of a provocative response from others.

This has multiple repercussions on behavior, especially in those people who have a predisposition to aggression. Even among those with a calmer demeanor, their aggressiveness levels rose in response to provocation. The reactions appeared to be proportional to alcohol intake and were dependent on whether it was higher and closer to the time the drug was taken.

Another related problem could be that, upon noticing such symptoms, the patient may choose not to take the drug on the day they drink alcohol. Therefore, it’s extremely important that specialists inform their patients of any potential dangers, especially those who regularly drink alcohol.

It’s no secret that alcohol decreases our ability to respond. Furthermore, research shows that a mixture of alcohol and alprazolam potentially increases the chances of an accident.

Prolongation of effects and reaction

Evidence indicates that alcohol consumption prolongs the effects of alprazolam and enhances its reactions. More specifically, patients experience tremors when the drug is combined with alcoholic beverages.

The combination of the two enhances the drug’s adverse effects. This means the patient could experience memory loss, difficulty concentrating, disinhibition, hallucinations, and even suicidal thoughts.

However, other research claims that the reported effects are largely subjective and that the consequences of the combination of alprazolam and alcohol are no greater than would be expected from the drug being taken alone. That said, the general consensus is that those who are undergoing alprazolam treatment shouldn’t drink alcoholic beverages and should try to refrain from doing so for three days after finishing the medication.

Can you drink non-alcoholic beer with alprazolam?

In principle, yes, although remember that non-alcoholic beer does have a certain percentage of alcohol. In most countries, it’s 0.5 percent per beer. This amount may seem low but, if you drink a high amount, you could slightly expose yourself to the aforementioned consequences.

Since anti-anxiety medications and alcohol are incompatible, doctors don’t generally prescribe them to people who’ve had a drinking problem. Treatment usually doesn’t last beyond six weeks, so you shouldn’t have a problem not drinking during this time. However, if you think you have a drinking addiction, don’t hesitate to consult a specialist.

On the other hand, and if you only take a pill sporadically, try to consider everything indicated in this article. Avoid drinking for at least the first 24 hours and, if you opt for non-alcoholic beer, also control the number you drink. Of course, if you have any doubts at all, consult a professional to look for alternatives for controlling your anxiety. 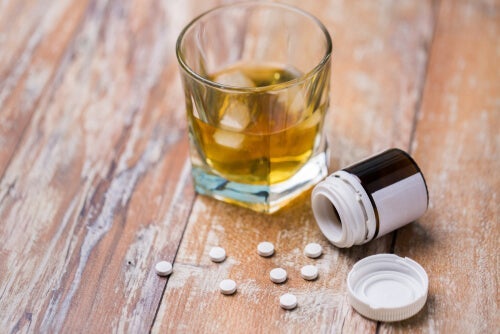 Antidepressants and Alcohol: What Are the Risks?
Althougtht it generally isn’t a good idea to mix alcohol with most medications, consuming it with antidepressants is dangerous. Learn more here. Read more »

The post Is it Safe to Mix Alcohol and Alprazolam (Xanax)? appeared first on Exploring your mind.