Humor plays an important role in all kinds of relationships. In new relationships, it can be an effective tool for bonding and for overcoming any awkwardness or embarrassment. In established relationships, it can keep the excitement going and can help work through past conflicts, disagreements, and small issues that can build up over time.

Sharing the joy of humor creates a sense of intimacy and connection between people. These qualities define successful relationships. In fact, when you laugh with each other, it creates a positive bond between the two of you. This union acts as a buffer against the stress, disagreements, disappointments, and negative patches that often build up in a relationship.

“A well-developed sense of humor is the pole that adds balance to your step as you walk the tightrope of life.”

The social power of humor

Humor can help you form a stronger bond with others. In fact, health and happiness depend, to a large extent, on the quality of relationships, and laughter brings people together.

Humor also serves to smooth out differences and dissipate tensions. In fact, using it often helps tackle even the most sensitive issues. In addition, a well-timed joke can help defuse a tense situation and assist in resolving disagreements and minor conflicts.

On the other hand, it can help overcome problems and setbacks and put things in perspective. It’s the key to resilience, as it helps you to take difficulties in your stride. Indeed, most situations aren’t so grim if you look at them with a sense of humor. It helps you to reframe issues that might otherwise appear to be quite overwhelming.

Finally, it should be noted that humor helps you to be more creative. It energizes your thoughts and can inspire you to use creative solutions to solve problems with others.

“Humor is a means of obtaining pleasure in spite of the distressing effects that interface with it.”

The functions of humor, according to Avner Ziv

The main functions of humor, both personal and social, were summarized by Avner Ziv in his book, Personality and Sense of Humor (1984) as follows:

Humor provides an outlet for the expression of taboo thinking, especially on issues related to sex and violence. These are natural needs and tendencies that have to be socially regulated, but total suppression is unrealistic.

In the same way that watching or participating in a boxing match offers a socially acceptable outlet for aggressive impulses, humor is a form of controlled release of impulses that are a potential threat to civilized society.

According to David L. Paletz, satire is a form of humor in which social and political institutions are ridiculed and humanized. This may simply be a means of releasing tension and thus support the status quo or it may lead to change in the system.

Given that frustration is one of the main causes of aggression, it’s not surprising that people who frustrate our goals and pleasures are the main targets of humor. For example, judges, police officers, government officials, parents, teachers, and others in authority.

3. Consolidation of membership in a group

When you laugh at others’ jokes, you’re affirming common values or prejudices, sharing your attitudes, or validating hostilities. Indeed, the recognition that other people think the same way that you do and the fact that you can share your problems and experiences is an important source of humorous pleasure.

At the same time, the victimization aspect of humor is one of the reasons it can easily become offensive. It can also be a way to bring members of a group closer to a level compatible with the norms of the group.

4. A defense against fear and anxiety

By laughing at the things that scare you, you feel that you have them under control and that they’re less threatening. In this sense, black humor or jokes about disasters function as a defense mechanism.

Here, the figure of self-deprecation or laughing at oneself fits rather well, as it’s adaptive in the same way.

Humor can also be primarily intellectual. It gives you momentary freedom from the tyranny of logical thought. It allows you to escape the limits of reality and enjoy your capacity for originality and creativity. Any analysis that ignores this more advanced and human function of humor is bound to be limited. 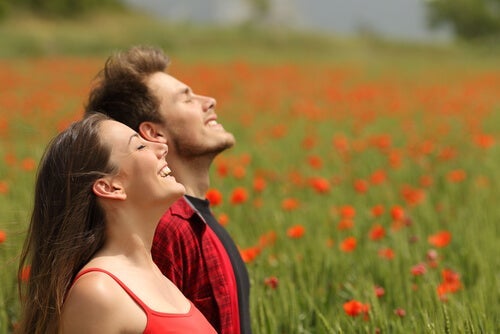 Gender Differences in Attitudes Toward Humor and Love
A study carried out in Argentina demonstrated whether there are gender differences concerning attitudes toward humor and love. Read more »

The post The Five Functions of Humor appeared first on Exploring your mind.