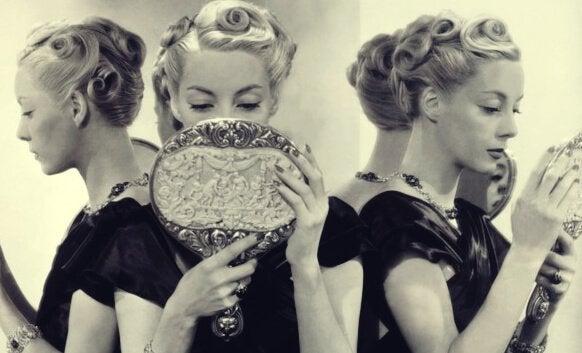 Psychological disorders have always been a good source of inspiration for the big screen. They allow for exciting plots and twists that, without a doubt, arouse the interest of the viewer. However, how does narcissistic personality disorder tend to be presented in the movies?

Many directors have turned to topics of this type for cultural, social, or reflective reasons. As a matter of fact, you’ve probably seen a movie yourself at some time or another that deals with a narcissistic personality. Nevertheless, you may not know what the exact features of this disorder actually are. In this article, we’re going to talk about some examples of movies that offer a more specific understanding.

This particular personality disorder is characterized by people who demand a lot of attention from others. In addition, they tend to lack open-mindedness when it comes to reconciling their interests with those of others. This is known as an egocentric attitude.

In addition, this type of personality is a potential generator of conflicts. Their insecurity is expressed through a search for prominence, regardless of the consequences. At the same time, these people are usually extremelyy sensitive to criticism and feel frustrated when they don’t achieve what they set out to do.

“Only a life lived for others is a life worthwhile.”

The portrayal of narcissistic personality disorder in movies

This is an interesting subject since there are so many possibilities that the condition offers when it comes to portraying interesting situations or characters. Let’s take a look at some of the movies in which narcissistic personality disorder has been portrayed.

Narcissism according to Woody Allen

One director who’s renowned for the most precision in the psychological construction of his characters is Woody Allen. He approaches narcissism with a picaresque touch, mixing drama and comedy. This is reflected in the movie, Midnight in Paris, where self-centeredness and arrogance predominate.

Allen contemplates love from a narcissistic point of view, where romanticism is idealized within the hedonistic and enamored city of Paris. Sarcasm and the ability to live with strong emotions are also represented. Therefore, we might say that psychology and cinema are closely related.

Some movies focus on narcissistic behavior at a generic level. Nevertheless, it’s usually specific characters who exhibit this disorder, whether they’re protagonists or supporting characters. Some examples can be found in fantasy films. For example, Tony Stark in the movie Iron Man or Jonah Jameson in Spiderman.
Narcissistic people need to be admired according to the renowned psychoanalyst Otto Friedemann Kernberg. Sometimes, they have to demand that attention or, at others, it simply comes naturally to them. This can be evidenced in The Wolf of Wall Street.

In short, this disorder has become a benchmark for many screenwriters and directors. Indeed, they turn to psychology as a source of inspiration for the creation of many of their productions.

Narcissism: 5 Causes of Narcissistic Personality Disorder
We’ve all heard of narcissism, but did you know that in most cases it develops in childhood? Read on and discover its causes and also how to prevent it. Read more »

The post The Portrayal of Narcissistic Personality Disorder in Movies appeared first on Exploring your mind.

What Are Your Feared Scenarios?