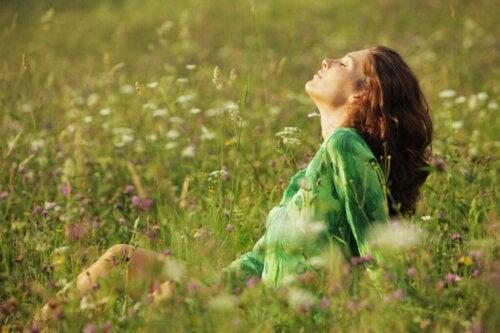 We all love the movies. Furthermore, they can often be a valuable resource when it comes to identifying our emotions and learning to manage them. In this article, we give you a list of some of the best movies to help you work on your own emotional intelligence. They’re also extremely interesting and suit all tastes.

However, we should first mention that not all movies are suitable for these kinds of purposes. For this reason, we ask the question, what should a movie contain to help you work on your emotional intelligence?

As a matter of fact, the most essential thing it needs is to be able to ‘move’ something inside you, the viewer. For instance, you might identify with the main character, or find you empathize with them.

Movies to work on your emotional intelligence

With this selection of movies, you can reflect on the emotions of the characters which will also help you to reflect deeply on your own emotions. Either by identification or empathy.

How to Train Your Dragon (2019), by Chris Sanders and Dean DeBlois

This is an animated film that tells the story of a friendship between a young Viking named Hiccup and a dragon that, until that moment, was considered an enemy to the people of the village.

In this movie, you can work on your emotional intelligence through values such as empathy, friendship, and tolerance. These are reflected in the special relationship established between the boy and the wounded dragon, who establish a friendship capable of overcoming all kinds of difficulties.

The Pursuit of Happyness (2007), by Gabriele Muccino

Based on a true story, this movie tells the story of Chris Gardner, a man who invests all he has to buy portable bone density scanners to sell to doctors. However, he fails and finds himself bankrupt with only his young son for company. Nevertheless, even though he’s been abandoned by his partner, he never thinks of giving up.

With this movie, you can work on your emotions such as courage in the face of emptiness and loneliness, the will to overcome all kinds of obstacles, the need for company, and the determination to fight for yourself and for those you love.

According to many people, this is one of the funniest movies of the last few decades, but also one of the most interesting. In it, we meet Melvin, a moody writer who suffers from obsessive-compulsive disorder and writes romantic novels for women.

Melvin, masterfully played by Jack Nicholson, finds himself on a transformative journey that he would previously have considered unthinkable. During the plot, topics are addressed such as sensitivity, empathy towards others, love, and the outcome of working on interpersonal relationships.

The script for this movie was written by the two protagonists, Matt Damon and Ben Affleck. In the film, we meet a boy with serious social and educational problems who, despite them, is a math genius.

“We get to choose who we let into our weird little worlds.”

-Robin Williams as Sean Mcguire, The Indomitable Will Hunting-

Throughout the movie, we observe a change in the rebellious attitude of the protagonist, who receives the help of a therapist. In fact, the therapist turns out to be the one who guides him through the management of his emotions and feelings.

With tinges of magical realism, this film narrates the adventures of a girl different from others of her age. In this case, instead of being different representing an integration problem, it becomes an advantage.

Amélie wants everyone around her to find happiness. To do this, through her imagination, she builds a space in which positive emotions and enthusiasm prevail. This attitude will help both her and those around her, to fight against their fears and insecurities.

The Mechanics of the Heart (2014), by Mathias Malzieu

Based on a book by the director himself, who’s also a musician and singer, this film shows us the fantastic story of a boy who survives thanks to a cuckoo clock that replaces his heart.

Through the protagonist, who can’t touch the clock, we find possibilities for working on the control of anger, love, and the repression of feelings.

The Royal Tenenbaums (2002), by Wes Anderson

We end our list with one of the coolest movies by director Wes Anderson. In it, we meet an atypical family that, beyond their disunity, has to fight through their unusual capacities in a world that’s incomprehensible to them.

In this movie, we can work on issues such as emotionality in divorce, love, envy, and apathy in the family. During the film, we meet an absent father, impossible loves, and some sentimental wounds that never heal.

Any one of these seven films can help you to work on your emotional intelligence and better manage your emotions.

The post Seven Movies to Help You Work on Your Emotional Intelligence appeared first on Exploring your mind.