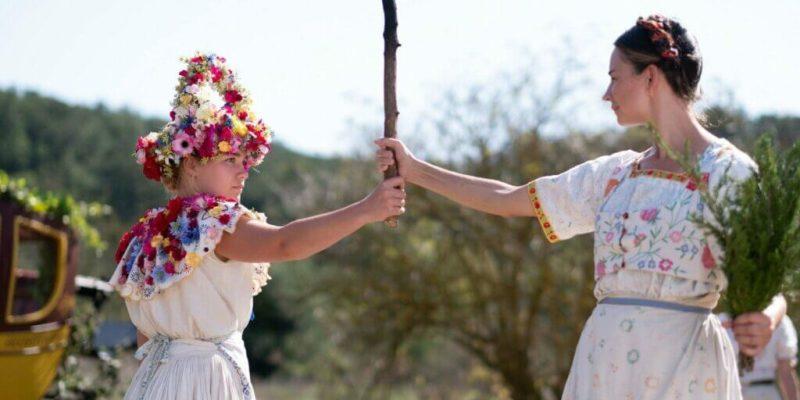 Midsommar (Aster, 2019) presents us with a full-length horror film that juxtaposes beautiful scenery with savagery. In fact, in an idyllic village in Sweden, we find ourselves immersed in the most deeply rooted traditions of a terrifying sect in a paradisiacal environment.

In recent years, there have been a number of interesting films of this genre. However, it seems that a large part of the viewing public has grown weary of horror films. Could this be true? Are we tired of haunted houses and ghosts?

Certainly, if we think of terror, we tend to think of the paranormal. However, in reality, the most terrifying can be found in the everyday.

Pain as a framework for terror

Ari Aster is a young filmmaker. The two films he’s made to date explore horror from an extremely close perspective. In Hereditary (Aster, 2018), he addressed the issue by approaching the theme of grief related to the death of a loved one. With the same premise, he introduced us to Dani in Midsommar.

Dani is a young woman who’s just tragically lost her family and is traumatized. However, her grief doesn’t only relate to the loss of her family, but also the agony of being in a toxic relationship.

After losing her family, she clings to Christian, her partner, a cultural anthropology student. However, their relationship is strained and has become increasingly distant. Nevertheless, Dani takes refuge in this damaging relationship despite not feeling valued. Indeed, Christian is indifferent to what happens to her.

It’s evident that Dani is depressed and insecure. It’s interesting to see how this first part of the movie when we learn about her internal conflict, is framed in such cold colors.

Summer is approaching. Pelle, one of Christian’s friends, invites him and some others to the small ancestral commune of Hårga, where he grew up.

The commune is preparing to celebrate a festival that’s organized every 90 years. This event also attracts the attention of other anthropology students. They’re drawn to the customs of the commune and a culture that’s rooted in inbreeding. Dani, upon learning of the trip, insists Christian go with them. Finally, he also invites her.

Their arrival in the community suggests a change of tone. In fact, from the cold and dark colors at the beginning, we move on to the light and the flowers of the eternal Swedish summer. In this way, we perceive how Dani’s denial ends up becoming acceptance of the conflict and estrangement with Christian. The camera movements and the use of color give us clues to the emotions of the characters. They also explain the changes that are coming.

The darkness is identified with the city, the locus terribilis of Dani, the protagonist. The city signifies confinement, the place that reminds Dani of all the ghosts of her past. The place that trapped her in her toxic relationship. Nevertheless, it also seems to be the only thing she has to hold on to.

On the other hand, Hårga, despite the horrors that we start to discover, suggests liberation and catharsis. However, it’s a deceptive locus amoenus where Dani will ultimately resort to totally unsuspected forms of behavior. The bucolic is terrifying, but, at the same time, revealing and cathartic. On the other hand, the city is nothing more than a prison.

The individual versus the collective

The characters that come from the American city are all individually motivated. We also observe confrontations between them. For example, we see conflict in Dani and Christian’s relationship. Also, when Christian decides to write the thesis on the same subject as his friend, Josh, which angers him.

In direct contrast are the inhabitants of Hårga. Their actions are collectively motivated. Even the fact of a girl losing her virginity is debated by the elders or wise men who authorize whether or not she should have relations with a man.

Pelle, the friend who invites them to the commune, empathizes with Dani. In fact, he tells her that he also lost his parents in a tragic way. However, unlike Dani, he grew up in a community feeling safe and secure. A community that recognized him as their own, even though, biologically speaking, he wasn’t.

The newcomers witness a tradition in which an elderly couple sacrificed their lives. In a society in which collectivism predominates, they don’t view goodness at an individual level, but at a collective level. Therefore, it’s not surprising that, to the amazement of the visitors, the inhabitants of Hårga insist on justifying the sacrifice. In fact, they explain that it was a voluntary and quasi-divine act for the common good.

Ultimately, the film addresses the main issue from different points of view. For example, while the visitors compete to maintain their own interests, the community sees its sacred customs as endangered. This ends up unleashing horror. It’s especially interesting to see how, in the community, everyone participates in the feelings of others. For instance, the moans of pleasure, the crying, and the shared horrors of death.

The film presents us with a series of conflicts, both individual and collective in an idyllic and bucolic setting. In fact, in an environment characterized by folklore, we find ourselves in a nightmare with no way out, as the day never ends.

For decades, horror films have presented us with the evils of the night. However, Midsommar brings us closer to daytime terror. Indeed, darkness is practically non-existent. This generates a distinct feeling of strangeness.

This sensation is accentuated by the hallucinogenic distortion of reality. Aster uses long shots, widens the visual field enormously, and puts us in the shoes of the characters when perceiving their altered realities. Indeed, from their arrival in Hårga, the protagonists begin to consume hallucinogenic substances that are provided to them by the community. These end up completely distorting their senses. 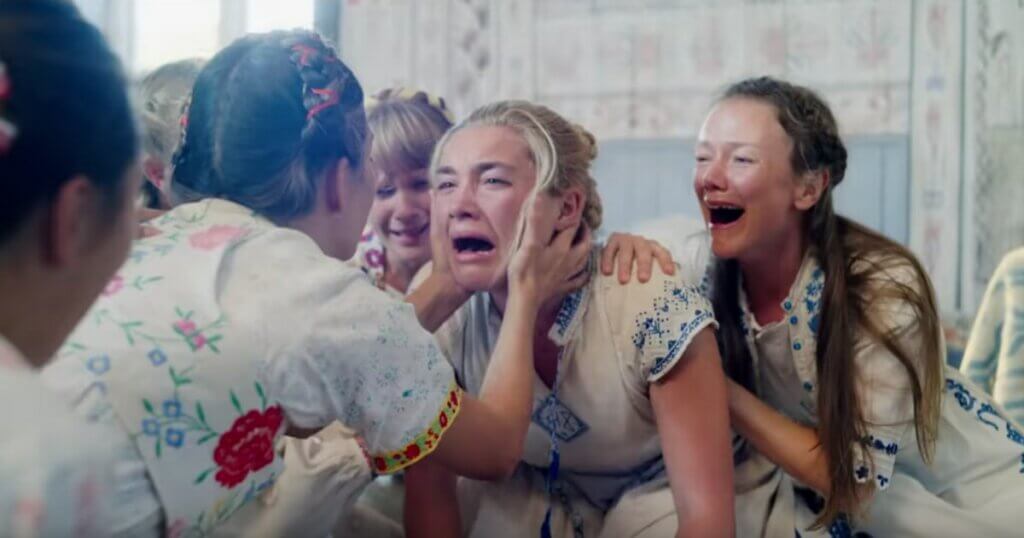 However, it’s interesting to see how all of them, despite belonging to different societies, succumb to the charms of altered reality. Dani, due to her traumas, goes to Josh every night for sleeping pills, socially accepted drugs within the culture of individualism. On the other hand, they refuse to consume some of the natural substances that the community uses for the same purpose.

This hallucinogenic staging is combined with the bucolic. In addition, music accompanies the characters’ emotions at all times. Furthermore, Aster’s use of color and sounds is interesting. Both accentuate the characters’ feelings and envelop us in the atmosphere of the commune.

All these events lead to acceptance in the midst of a totally mystical environment. In fact, it appears that Dani puts her individualism aside and enters into the community to take revenge. Nevertheless, in reality, Dani hasn’t abandoned her individualism. As a matter of fact, the end acts as a kind of purifying of her soul, but still contains elements of her revenge.

Irony aside, this is a truly interesting feature film from an anthropological perspective in which we encounter horror in a totally idyllic place.
Finally, Hårga becomes a catharsis. It’s a place where the protagonist allows herself to be collectively carried away by her most individual revenge in order to free herself from the ghosts of her past. 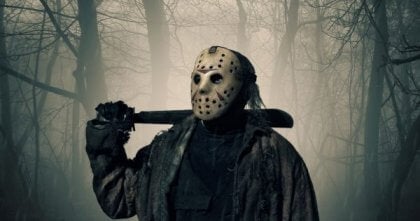 Seven of the Most Popular Horror Films of All Times
Horror films attract an immense audience. Even though they generate fear and paranoia in the public continues to enjoy this type of entertainment. Read more »

The post Midsommar: A Daytime Nightmare appeared first on Exploring your mind.

Walter B. The Most Fascinating Case of the Neurologist, Oliver Sacks