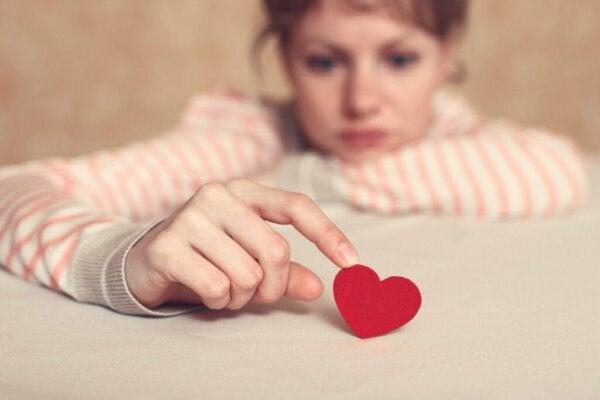 If you’ve seen Disney’s Frozen, you’ll remember Queen Elsa. A special young woman who can turn things into ice. In fact, she often loses control when she feels anger, sadness, fear, or anxiety. One day, after accidentally hurting her sister, Elsa chooses to walk away and lock herself away in her room. She breaks all ties with the outside world. Furthermore, she chooses to stop feeling and puts her emotions aside. As a matter of fact, she’s afraid to love.

You might think this seems like an outlandish way to behave and that people like this don’t really exist. However, in reality, they do. Furthermore, they’re pretty common. They’re people who refuse to fall in love in order not to suffer. This is called philophobia.

The need for emotions in our lives

As a human being, you need to feel. You need to suffer, love, hurt, be happy, and even experience loss. Not only are they events from which it’s impossible to protect yourself, but they also form a part of your experiential learning. In fact, they chisel out who you are today. You can’t take refuge in an ice castle to keep those who love you away, like Queen Elsa.

If you do, in the end, your own distance and reserve will cause you pain. Nevertheless, people who simply choose to ‘stop feeling’ don’t tend to understand this fact. However, where does the idea of philophobia come from? Experts tell us that the causes can be varied. Let’s take a look at some of them.

Sometimes, the need not to feel has its origin in childhood trauma related to the family environment. Indeed, it’s at those early stages that you establish the usual – and expected – bonds of security, care, and affection with your parents. However, in some cases, these are never established. Or, they become damaged and broken by some painful event. As a matter of fact, there’s no worse trauma than one experienced in childhood. In fact, in many cases, they determine both your emotionality and your future emotional relationships.

Past relationships also often play an extremely important role. For example, being betrayed or deceived and suffering traumatic rupture all leave their marks on your personality. Furthermore, you might stop trusting people and feel that it’s preferable simply not to have another relationship again so as not to suffer.

One more aspect to take into account is that today, relationship specialists claim that people are having non-commital kinds of relationships where there aren’t many commitments or dependencies. They’re relationships where individuality and independence are preferred so partners don’t lose their sense of control. In fact, they want to safeguard their independence. This could perhaps be seen as another version of philophobia.

There’s one psychological aspect that can be extremely useful in these cases. Let’s go back to Queen Elsa hidden in her ice castle for a moment. The more she wanted to control her emotions, the more damage she inflicted on her sister and her own country. In fact, she plunged them into perpetual winter. Emotional regulation and control as a problem, and not as a solution, is an aspect that needs taking into account. Indeed, controlling emotions doesn’t solve anything. It simply makes the problem even bigger and increases your fear of pain and of being hurt again.

You must learn to accept what’s happened and integrate your experiences. Losses, failures, and betrayals must all be accepted and integrated as a part of your personal learning. You mustn’t lock yourself up with them. Because this only makes you relive those experiences every day.

You must establish a commitment with yourself: the need to accept, overcome, integrate, and look to tomorrow by opening new doors and new opportunities. Relax and live, knowing you have peace of mind. Get excited about new projects, new friendships, and new relationships that, without a doubt, will be better than the previous ones because you’re wiser. Because you know what love means.

In 2015, Viñas Poch and his research team conducted a study with an adolescent population that shed light on the effects of isolation. According to the authors, “feeling guilty or responsible for problems and difficulties and isolating yourself from others preventing you from knowing their concerns encourages personal discomfort.” Indeed, the authors discovered that isolation only increases feelings of discomfort.

On the other hand, the Viñas Poch team found that ” maintaining an optimistic and positive vision in the face of difficulties […], practicing sports, […] and personal involvement, work and diligence favor greater personal well-being in adolescents”. Looking at the results of this research, the best you can do is to face up to reality and work on what it is that’s making you isolate yourself. If you do this, your level of happiness and your feeling of well-being will increase.

This study was conducted with adolescents, but it can be applied to anyone. It proves that living with a frozen heart is refusing to live. People are made of emotions. Therefore, denying them, hiding them, and controlling them is going against the very essence of what it means to be human. 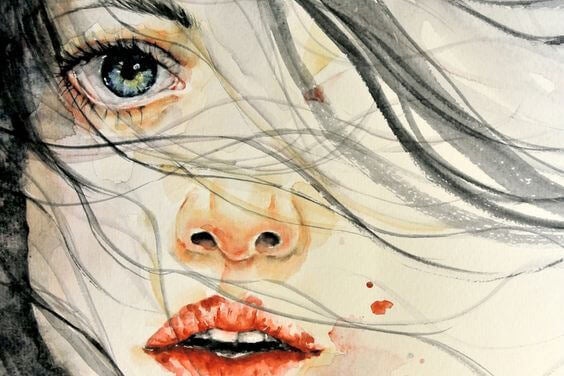 Are You Afraid of True Love?
to, nothing that makes us feel anything beyond desire, nothing that involves showing love, feelings, tenderness, or affection. Are we afraid of true love? Read more »

The post Philophobia: Being Afraid to Love appeared first on Exploring your mind.