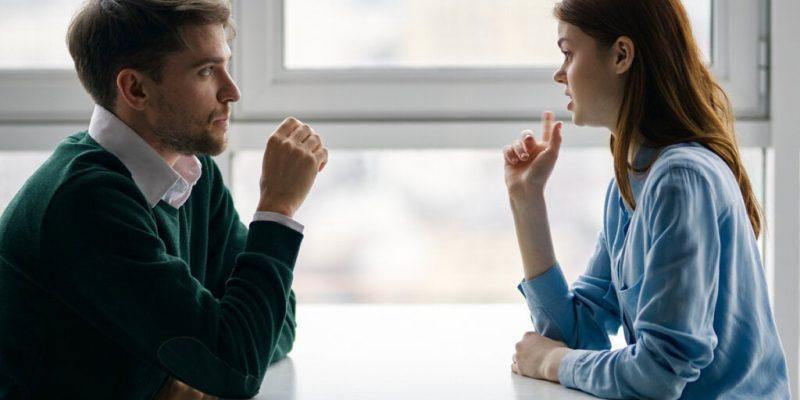 How does an emotionally intelligent person communicate? Are they patient, assertive, and empathetic? As a matter of fact, the ability goes much further than this. In fact, it’s a survival tool. It means knowing how to react to unforeseen events. Above all, it’s the art of connecting with others in an emotionally intelligent manner. In fact, these kinds of people know how to make emotions work in their favor to improve their life with others.

The concept of emotional intelligence is often linked to Daniel Goleman. However, it was another famous figure who actually introduced, coined, and developed this concept. This was Peter Salovey, a psychologist at Yale University. Something he made clear was that this dimension should be a complement to ordinary intelligence.

Salovey claimed that it doesn’t matter how much someone knows, what matters is how they convey it. Nor does it matter who they are or what position they occupy if they don’t know how to reach agreements and understand who’s in front of them. He further noted that emotionally intelligent men and women are capable of relating to both themselves and to others in order to shape more fulfilling and satisfying lives.

Let’s take a look at these communication skills.

Emotionally intelligent people aren’t born that way. They develop the ability themselves, by developing new strategies. Therefore, they need willpower, commitment, and knowledge of the skills that must be applied.

In recent years, there’ve been numerous courses teaching this competence, all of them pretty useless. Indeed, these kinds of diplomas didn’t mean anything. For example, they taught what empathy was, but when it came to communication, the ‘graduates’ were often still unable to listen and understand the person in front of them.

In 2018, the University of Bahrain conducted a study that suggested the need for every leader in an organization to be skilled in emotional intelligence. One way to start this process is by learning a series of tools in the communicative area.

When people feel angry or frustrated, they communicate in an aggressive way. They say things they regret. In fact, it even becomes impossible for them to express what they really want to say. As a matter of fact, any intense and uncontrolled emotional state makes the act of communication difficult.

Therefore, the first step toward emotional intelligence lies in emotional regulation. Because a calm mind expresses itself better.

Motivation to communicate in a positive way

The emotionally intelligent person isn’t only motivated to communicate. In fact, they feel the urge to do so in a positive way. What does this mean? It implies that they want to understand and reach agreements. In addition, they don’t want to impose their opinions on others, but to take into account their feelings.

Communicating in a positive way also requires knowing how to control non-verbal communication. For instance, gestures, a friendly but not forced smile, tone of voice, etc. In fact, everything must be oriented towards warmth and connection.

Emotionally intelligent people know how to manage the information that comes to them thanks to their capacity for empathy. This is the ability to perceive, understand, and connect with the emotions and realities of others. It’s the cornerstone of good communication. Empathic people are at a great advantage when it comes to completing their knowledge of what’s happening. Furthermore, they’re able to articulate a response without being overwhelmed by their emotions.

Ecpathy is also needed to understand the emotional reality of the other, but without being infected by those emotions. For example, take the case of an angry colleague. When dealing with them, it’s useless to also be angry. As a matter of fact, in order to argue, react, and reach the other in an appropriate way, calm and balance are needed.

Emotionally skilled people listen to understand and not just to respond. This might sound easy. However, it’s usually the biggest problem in communication processes. Because people simply don’t listen to each other. Therefore, to cultivate emotional intelligence, it’s essential to learn how to listen properly.

This strategy was defined by the psychologist, Carl Rogers. It involves integrating the following dimensions:

People often overlook the value of emotional connectors in the communication process. These are small gestures that emotionally intelligent people use to make the other see (and feel) that they’re understood and that their words, emotions, and presence are appreciated. However, in what way do they apply these resources?

Here are some examples:

Finally, becoming skilled in emotional intelligence and the art of effective communication takes time and effort. Indeed, it’s not easy to possess absolute emotional control and to be able to speak assertively. However, practice and effort will bring results. As a matter of fact, we all possess the ability to improve and develop these life tools.

“Let’s not forget that the little emotions are the great captains of our lives and we obey them without realizing it.” 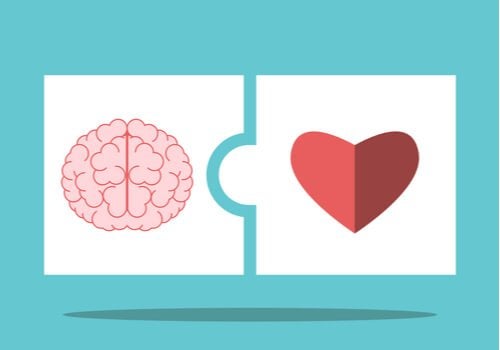 The post How Does an Emotionally Intelligent Person Communicate? appeared first on Exploring your mind.