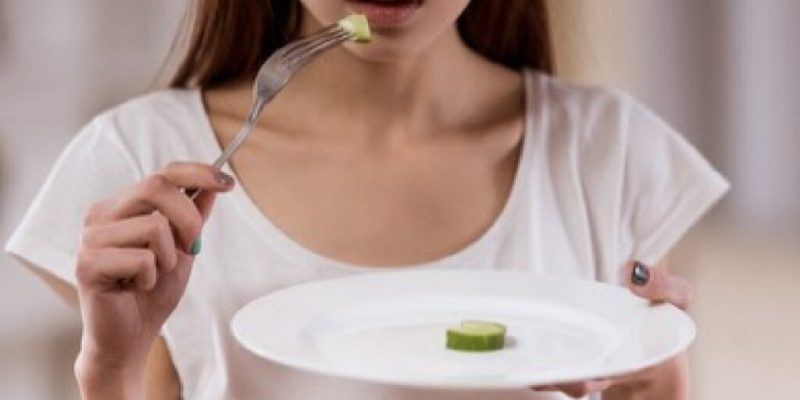 Anorexia is usually linked with extreme thinness. Since this is its most striking symptom, we might assume that it’s the basis of the disorder. However, it’s not always present. In fact, some people suffer from anorexia but are of normal or even higher weight. This condition is known as atypical anorexia nervosa.

Today, this disease is being seen increasingly frequently. In fact, it’s estimated that close to 40 percent of those receiving care for an eating disorder are suffering from atypical anorexia nervosa. That said, the fact that patients aren’t underweight can make it difficult for the environment and even for health professionals to detect the problem. For this reason, it’s important to know what it consists of and how it should be addressed.

Atypical anorexia is a relatively newly recognized condition. It wasn’t officially classified until the publication of the latest version of the Diagnostic and Statistical Manual of Mental Disorders (DSM-5). However, professionals had been observing and treating it for some time.

It’s a condition in which all the symptoms and diagnostic criteria of anorexia nervosa are present, except for low body weight. The sufferer exhibits the following symptoms:

As we said, the main difference with atypical anorexia nervosa is the fact that the sufferer isn’t underweight. In fact, they may be a normal weight or even overweight. Therefore, from the outside, they don’t look ill or emaciated. However, the truth is that their body is under great stress. Moreover, their perceptions and thoughts are altered.

People with atypical anorexia nervosa often experience sudden and dramatic weight loss. This is due to the stress they put on their bodies by restricting their energy intake or exercising excessively. Despite the fact that they look healthy on the outside, they’re mentally suffering from the psychological consequences of their behavior.

For instance, they may be medically unstable, with dangerously low vital signs, as is the case in typical anorexia nervosa. Consequently, bradycardia, orthostatic instability, and other consequences resulting from malnutrition may appear. Among the main ones are delayed growth, bone density problems, and the risk of infertility.

These difficulties increase when the sufferer is an adolescent. As a matter of fact, if at this critical stage, their growth is interrupted or their bone health is affected, the consequences can be long-term or even irreversible. In addition, the absence of menstruation caused by food restriction and drastic weight loss can compromise the sufferer’s fertility in the future.

On a psychological and emotional level, the problems are serious and similar to those that occur in typical anorexia nervosa. Patients with atypical anorexia nervosa exhibit low self-esteem, an extremely intense preoccupation with food and body image, and psychiatric comorbidities, such as anxiety, depression, or suicidal ideation.

Sufferers of atypical anorexia nervosa face challenges even greater than those associated with the classic disease. As a rule, they’re people who’ve been overweight or obese, with the stigma and social rejection that this entails. Moreover, they’re often forced to use more extreme methods to fight their biology.

For these patients and their environment, identifying that they have a disease isn’t easy. Indeed, they often receive praise, flattery, and congratulations on their weight loss, as others are unaware that it’s due to an eating disorder. In order to stabilize their vital signs, start menstruating again, and begin recovery, they must recover their lost weight, something that can be a nightmare for them.

Early intervention is essential as this condition is an extremely serious issue, as the suffering of patients is comparable to that of typical anorexia. However, unfortunately, we often don’t notice the influence we have on others. Therefore some of our words can be really hurtful to those at risk of such an illness, no matter how well-intentioned they may be. So, although we have a tendency to think that being slim is synonymous with health, we should always bear in mind that, behind a huge weight loss could lie a severe eating disorder. 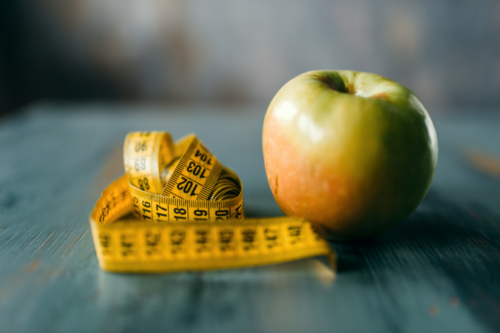 Myths About Eating Disorders
Eating disorders are a serious problem, worldwide. Furthermore, there are many harmful myths about them. It’s time they were eradicated. Read more »

Self-Denial: An Exercise in Tolerating Frustration