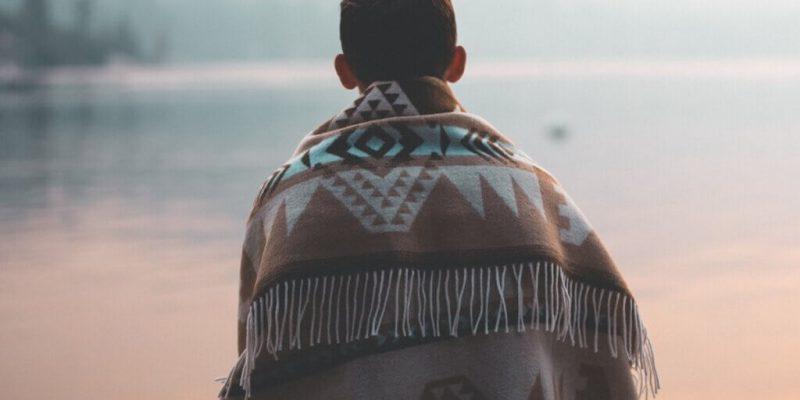 “There is not an experience of depression. I had that for years but now, when the rain comes, it rains, but it doesn’t stay. It doesn’t stay long enough to immerse me and drown me anymore”. These words are from the actor Jim Carrey. He recently described his experience with this mental health problem that affects nearly 350 million people around the world.

No one is immune to depression. In fact, you can have everything – a perfect family, a good job, and financial stability and still experience it. Indeed, this silent and sneaky entity can arrive without you even noticing, making you believe that you’re worth less than a piece of paper stuck to the sole of your shoe. It convinces you that you’re alone and don’t deserve to be loved.

There are countless causes that might mediate the slow but dangerous appearance of depression. Sometimes, family and biological history are linked to childhood trauma or unforeseen events leaving individuals with few coping mechanisms. However, no one is to blame for their own depression. That said, we’re responsible when it comes to dealing with it.

For this reason, those who’ve made the complex journey, full of peaks and troughs, difficult times and moments of clarity, know that depression can be overcome. What’s more, this experience leaves them with valuable lessons that are well worth sharing.

To deal with depression, sufferers must change their thought patterns, improve their life habits, and reformulate many of their essential purposes.

A few months ago, a report conducted by the WHO (World Health Organization) stated that as a result of the pandemic, anxiety and depression rates have increased by 25 percent. This was a wake-up call at all levels. Moreover, there are increasingly more children and adolescents exhibiting mental health problems.

For this reason, it’s imperative that we place more emphasis on responding to these needs. Indeed, in such a complex social, economic, and even cultural context, mood disorders are only set to increase in the coming years. Changes and new resources are needed, as well as putting an end to the stigma of mental health and normalizing psychological support.

On the plus side, many people have overcome depression and have left some encouraging messages behind. Here are some of them.

1. Overcoming depression doesn’t mean being strong but having the tools to deal with it

“Have courage, be strong, be brave…” Those who’ve had psychological therapy know that overcoming depression isn’t about being a superhero, but about knowing how to apply the strategies that they’ve been taught by health professionals.

It means knowing what thoughts to choose when they feel hopeless. It’s learning to look at themselves in a different way and understanding what responses to give in certain circumstances. Sometimes, they’ve found it necessary to act despite not really having the courage or desire to do so. Their depression was a constant fight against a version of themselves that they had to reformulate through new learning and a more compassionate, healthy internal look.

2. I’ve learned that I’m not alone and that my mind was deceiving me

Depression tells the sufferer huge lies. The most common and dangerous of them involve making them believe that they’re alone, that no one can understand them, and that they don’t deserve to be loved. Such is the contempt that individuals might feel for themselves in these circumstances. In fact, their most frequent reaction is to resort to isolation.

However, during the process of healing and dealing with this disorder, sufferers become aware of those falsehoods that have been reinforced. They realize that there are people who love them, care about them, and on whose shoulders they can cry. Realizing the affection and understanding that surrounds them is one of the most significant steps in beating depression.

3. My emotions aren’t my enemies, now I understand them better

People who’ve overcome depression acquire new strategies to better understand and regulate their emotions. Previously, they were blocked by stress, anguish, irritability, sadness, or fear. Now, they know that they must understand the message behind these psychophysiological states.

A study conducted by the University of Bergamo (Italy) highlights how emotional dysregulation and ruminative thought patterns lead to depressive states. For this reason, those who manage to overcome depression acquire a new approach to the world of emotions. They learn how to regulate their emotions in order to better respond to each circumstance.

Recovery from a psychological disorder empowers sufferers with better strategies with which to deal with possible potholes and challenges that may arise in the future.

4. If you want to overcome depression, you must have something to live for every day

The opposite of depression isn’t happiness, it’s the desire to live. Those suffering from depression have lost their reasons for getting out of bed every day. In effect, they’re not lacking joy, they’re lacking the reasons to feel happy, motivated, and excited.

People who’ve come up against this uncomfortable and dark enemy set goals for themselves every day. Moreover, they set themselves new dreams and resolutions that they work on at all times.

5. I’ve found the little things that are lifesavers

When someone is trapped in the black hole of depression, their passions, hobbies, and what they used to like so much become blurred. Their capacity for enjoyment vanishes with the appearance of anhedonia and only feelings of despondency remain. For this reason, when they’re in the middle of the therapy process, they need to find new practices, scenarios, things, or sensations that can save them when they need it most.

Sometimes it’s a walk on the beach. Or, having a coffee and reading a book. Others might find relief in writing, painting, adopting a pet, etc. It’s the little things that awaken new interests and make them smile.

6. I don’t ever compare my depression with that of others

Each individual dealing with depression does so accompanied by their own personal baggage. Therefore, those who’ve overcome it know it’s never a good idea to compare themselves to a friend who perhaps overcame their problem in a different way. They also know it’s not advisable to ask for certain treatments just because they worked for other people.

Health professionals decide the most appropriate interventions based on science and each client’s specific needs. Everyone advances on their own journey with specific resources and in their own time. There’s no rush, it isn’t a competition.

7. I have ups and downs and relapses, but that doesn’t mean I’ve failed

Those who’ve overcome depression know that the process doesn’t run in a straight line. In fact, ups and downs are frequent, to the extent that relapses are a common phenomenon in the months following their discharge from therapy. Is this a failure? Does it mean that they’re doing everything wrong? Absolutely not.

It simply means that there are certain residual symptoms (thought patterns, for example) that need working on. It doesn’t mean starting over, it means starting from where they left off to gain the momentum they need in their psychological therapy.

“There is a crack in everything, that’s how the light gets in.”

8. I had to make changes that I thought I wasn’t ready for

All psychological treatment pushes the client toward change, to a new scenario where the well-being they require is located. This means that, in order to overcome their depression, they have to leave many things behind. Because healing involves deactivating dysfunctional thoughts, limiting beliefs, and even inherited narratives that fuel unhappiness.

In addition, they may have needed to make other kinds of changes. For instance, ending certain relationships, exchanging some responsibilities for others, etc.

9. To overcome depression, asking for specialized help is the most important step

Those who’ve overcome depression knew that they needed courage. After all, taking the step of asking for help is never easy. In fact, many people resist it.

However, it’s essential. Those who overcame depression started by expressing to their loved ones that they weren’t well. It was in these people that they found indisputable support.

The second step for them was starting psychological therapy with a specialized professional. Indeed, this is always the most important experience for those who overcome depression. Finding a safe, empathetic, and valid refuge where they were able to express themselves, be understood, and learn strategies to work with, was the key for them in achieving well-being. 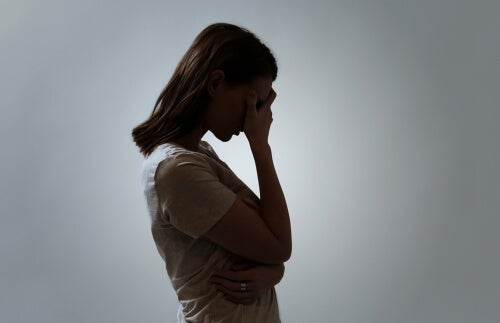 Diagnosed with Depression – What Happens Next?
According to the WHO, more and more people are being diagnosed with depression every day. So, you probably know at least one depressed person. Read more »

Avatar: The Way of Water: A Beautiful Movie About Environmentalism