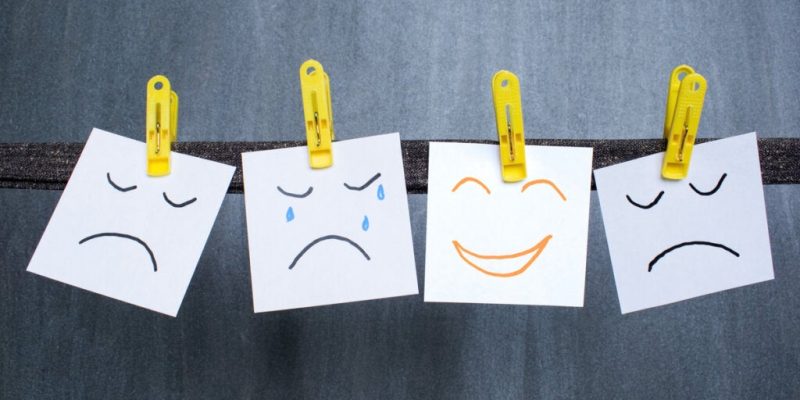 In the last week, how many times have you stopped to think about what emotion you were feeling? Is naming an emotional experience difficult for you? Do you feel confused and don’t really know what it is you’re feeling? Plutchik’s wheel of emotion is a visual and colorful representation of the emotions that human beings can experience.

To start, we’ll define emotion. It’s the result of a complex process. To experience an emotion, there must be a situation that triggers it (an objective factor) that you later interpret and value. The result of this interpretation is the feeling (the subjective experience). Physiological and behavioral changes that are inherent to this process occur in parallel.

“We think we are the quintessential rational animal on the planet, but we forget that we are also the most emotional.”

Today’s world is chaotic. Consequently, your daily routine is increasingly dizzying and you tend to postpone aspects as fundamental as self-care, such as stopping to reflect on how you feel. As a rule, you want to be happy and feel okay. However, have you ever stopped to think about what it really means to be okay or not?

Plutchik’s emotional wheel classifies the emotions experienced most frequently, separating them by color. He claims that, just as a whole range of colors is generated from the three primary colors (yellow, red, and blue), something similar happens with emotions.

Plutchik claims that there are a total of eight basic emotions. These are anger, anticipation, joy, trust, fear, surprise, sadness, and disgust. Emotions can be intermingled and two or more emotions can even be experienced at the same time, with varying intensity.

Plutchik stated that some emotional experiences are similar to each other and that, when mixed, produce others.

Anger is the emotion that appears when you submit to situations that are unpleasant or make you feel frustrated.  It’s an extremely energetic emotion because it drives you to act. Frequently, when anger takes over, you focus your attention on the stimulus that triggered it and you adopt a defensive position, especially in situations that compromise your physical integrity, self-image, or self-esteem.

Anger in its most intense form is rage. It means you feel furious and you openly express these feelings. It appears when you haven’t achieved a certain objective. Annoyance is a softer version of rage. It implies a feeling of disgust and unwillingness to do a certain activity.

“The function of rage is destruction.”

If you think that you’re experiencing the emotion of anticipation in an intense way, you may be confusing it with its big sister, vigilance. If this is the case, you’re constantly intensely scanning your environment. Its objective is to encourage you to identify any potential threats. If you experience the emotion of vigilance frequently, you may also experience anxiety.

At the other end of the scale of anticipation lies interest. It signifies calm attention to a specific aspect and is part of an initial orientation reaction.

The confluence of anger and anticipation equals aggressiveness. This emotion implies malevolent acts that have been carefully planned. In addition, in criminal law, it’s considered to be an aggravating factor in crime.

“The function of anticipation is exploration.”

Disgust generates rejection. Maximum rejection equals loathing, an extremely intense degree of disgust. It can lead to aggressive behaviors, both verbal and behavioral.

The less intense format of disgust is boredom. It manifests as your reluctance or annoyance when carrying out an activity because it’s not particularly motivating to you or you lack interest in doing it.

The overlapping of anger and disgust results in contempt. If you’re contemptuous toward something or someone, you experience an intense feeling of rejection and a lack of respect toward them. It can also involve behaviors such as denying or humiliating others you believe to be inferior. Contempt implies superiority.

“The function of disgust is rejection.”

For Fernández-Abascal, sadness is a negative feeling characterized by a decline in an individual’s usual state of mind. In turn, being sad implies a reduction in mental activity and behaviors. In effect, sadness tells you to stop.

The most intense extreme of sadness is grief. This can appear in disorders such as depression or in natural processes like mourning. At its other extreme is pensiveness. It can be described as a chronic form of sadness that’s less intense but lasts much longer.

When others notice that you’re sad, they usually try to help you. This happens because you’re looking for shelter and social support. In effect, you want your friends and family to help you feel better. In turn, this encourages introspection and self-analysis. The confluence of disgust and sadness results in remorse. This implies being aware of having acted incorrectly. You experience it as persistent guilt when you’ve done wrong.

“The function of sadness is reintegration.”

Surprise is the orientation reaction to an unexpected, unforeseen, novel, and strange stimulus. At its most intense, it transforms into amazement, which is the ability to marvel at the positive experiences that life gives you. On the other hand, at its less intense end, you experience distraction, when your attention is dispersed toward an object or stimulus you should be paying attention to.

Surprise is considered the most unique basic emotion because it only needs the stimulus that causes it to be unexpected. From the confluence of surprise and sadness, disapproval appears.

Fear is one of the most overwhelming emotions that you can experience. As a matter of fact, all emotions are legacies of evolution, but fear is the most apparent.

Fear is the alarm signal of danger. In its most intense form, it’s known as terror. Terror is often paralyzing, both physically and mentally. In its less intense form, fear is experienced as apprehension.

When you simultaneously experience the emotions of surprise and fear, it’s likely that you’re feeling frightened. Fright is the alarm reaction, the shock that prepares the body for an unexpected stimulus that can be harmful.

“The function of fear is protection.”

Trust is a positive emotion. Unlike fear, trust is voluntary. It means you believe in someone or something without a doubt, despite not knowing what the future holds. Trust involves both faith and hope. It can be strengthened or weakened depending on the actions that another person carries out.

The most intense version of trust is admiration. It involves the feeling of appreciation for someone you believe to have special qualities. At the less intense pole of the emotion of trust is acceptance.

When you experience the emotions of fear and trust at the same time, you’re likely to experience submission. It denies or relegates the satisfaction of your needs in favor of those of others.

Joy is a positive feeling that you experience when you achieve a particular goal or objective. You also experience this emotion when people close to you do so. It’s accompanied by feelings of well-being and joy. In addition, you experience joy when you’re faced with enjoyable aesthetic experiences. For example, seeing a pretty face or looking at a beautiful sculpture.

At its extreme, joy becomes ecstasy, a feeling of maximum plenitude that, taken to the extreme, can be pathological. In fact, ecstasy occurs in bipolar disorder. On the less intense side of joy lies serenity. This is the emotional experience of calm and mental, emotional, spiritual, and behavioral balance.

When you simultaneously experience the emotions of trust and joy, you feel love. Love is the feeling of affection, attraction, and inclination toward a specific object or individual.

“The function of joy is reproduction.” 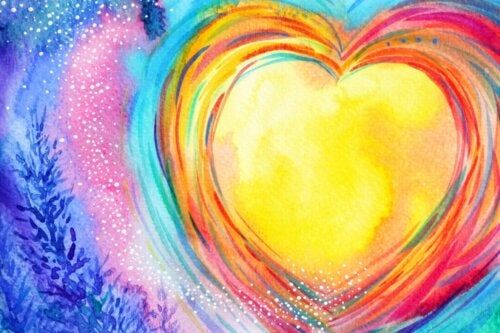 What’s the Difference Between Your Moods and Your Emotions?
Your moods and your emotions are similar but different realities in certain aspects. In this article, we explain how they differ. Read more »

The post Plutchik’s Wheel of Emotion appeared first on Exploring your mind.