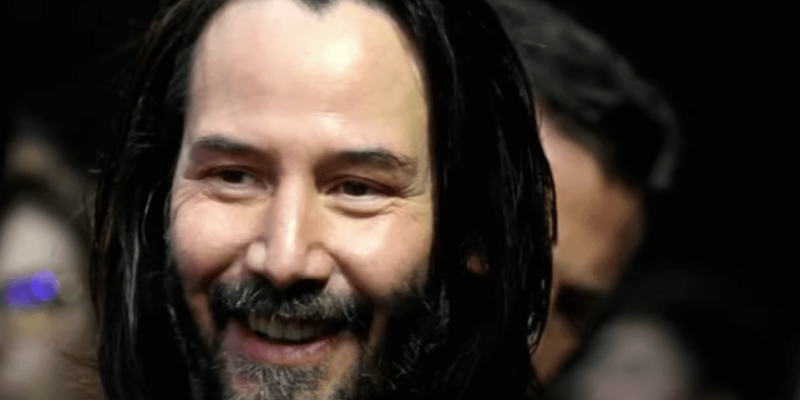 In Hollywood, numerous actors have gone down in history for having had many leading roles. Many of them have carved a niche for themselves in the world of fame while others have preferred to remain in the background. One of the most acclaimed actors on the movie scene today is Keanu Reeves. We’re going to take a look at ten of his best movies.

Although Keanu was born in Lebanon, he’s actually Canadian. He’s received a great deal of praise both regarding his acting skills and also on a personal level as he’s renowned for leading a simple and humble lifestyle. Let’s take a look at ten of the best productions in which he’s participated as an actor.

Directed by Steven Frears, Dangerous Liaisons is a story set in baroque France in the 18th century. A marchioness named Merteuil wants to take revenge on her lover. As the movie progresses, the story becomes more complicated, and other people become involved.

In this movie, Keanu plays a young harp teacher who’s both attractive and likable. It was one of his first appearances on screen.

This is one of the most interesting Keanu Reeves movies as well as one of the least known. In it, he portrays a young man named Scott Favor who, along with his friend, Mike Waters, earns a living as a street hustler on the streets of Portland. The movie has an entertaining and emotionally charged plot.

It was directed by Gus Van Sant, who wanted Keanu’s character to be a rebel until love knocked on his door.

Directed by Kathryn Bigelow, this movie tells the story of Johnny Utah (Keanu Reeves), an FBI agent tasked with investigating a gang of robbers. The gang wears the masks of United States presidents when they carry out their robberies.

However, everything goes wrong when Utah meets Bodhi, the head of the gang, who ends up having a notorious influence on the young policeman’s life.

From one of the most renowned filmmakers in history, Francisco Ford Coppola, came Bram Stoker’s Dracula. It depicts the story of a young lawyer named Jonathan Harker, who travels to Transylvania to meet Count Dracula.

In fact, the image of Dracula is revitalized in an interesting gothic setting in which the senses of the characters converge with the emotions of the viewer.

A movie directed by Bernardo Bertolucci in which Jesse Konrad, a boy living in Seattle, meets a congregation of Buddhist monks. They immediately believe that he’s the reincarnation of Lama Dorje.

Little Buddha includes somewhat fanciful and epic ideas. In fact, at times, it seems that there’s a certain evasion of reality. Keanu plays the Buddha.

A story full of action and adventure in which a Los Angeles police officer named Jack Traven (played by Keanu), manages to avoid danger on more than one occasion. However, he’s about to be involved in a far bigger problem, a bus with a programmed bomb that’ll explode if the speed is reduced below 80 km/h.

This movie, directed by Jan de Bont, won two Oscars for sound effects. Hardly surprising as the movie gets the viewer’s adrenaline pumping and the filming is extremely impressive too.

A psychological thriller directed by Taylor Hackford in which Keanu Reeves stars as Kevin Lomax, a young lawyer with a talented career who’s never lost a case. He receives a tremendous offer from a major law firm run by John Milton, played by Al Pacino.

His actions are complicated by the shadowy John Milton who ultimately reveals himself as Satan.

Lilly and Lana Wachowski were the directors of this movie. It was categorized as a masterpiece of science fiction. Throughout the film, the viewer finds themselves questioning and trying to understand the reason for the world of the Matrix.

Thomas Anderson is a programmer who has a parallel life as a hacker where he’s called Neo. The plot is full of unknowns that are eventually resolved. The challenge for the viewer is to try and understand.

Directed by Francis Lawrence, Constantine is a movie that combines fiction, fantasy, and drama. John Constantine (Keanu Reeves) committed suicide as a teenager because he was traumatized by seeing supernatural creatures. He was revived but is condemned to hell when he does eventually die.

Keanu Reeves plays a role in which the character encompasses both heroism and disillusionment with life when confronted with the afterlife.

With this movie, the Wachowski sisters resurrected one of the most controversial stories in the history of cinema. Indeed, once again, science fiction takes center stage to show us the life of Neo. He re-enters the world of the Matrix after taking the red pill prescribed by Morpheus.

Some Great Sayings from Keanu Reeves
Keanu Reeves has become known for his thoughtful views on life. They show he’s not the typical Hollywood star. Here are some of his sayings. Read more »

The post Ten of the Best Keanu Reeves Movies appeared first on Exploring your mind.

What to Do if Your Partner Has Erection Problems