The Cambridge Dictionary defines subjugate as “to treat yourself, your wishes, or your beliefs as being less important than other people or their wishes or beliefs”. The subjugation schema consists of unconsciously inhibiting your own desires, preferences, and needs in order to satisfy those of other people.

In schema therapy, therapists approach the resolution of a client’s problems by learning under what circumstances they occur (both external and internal), as well as any associated thoughts, attitudes, feelings, and behaviors.

Schema therapy is an integrative therapy. It combines elements from different therapeutic areas such as cognitive, behavioral, psychodynamic, and object relations. It also includes some touches of the humanist and existentialist models.

This type of therapy derives from Beck’s cognitive therapy. It’s based on a series of assumptions that differentiate it from classical cognitive-behavioral therapies. They’re as follows:

Schema therapy focuses on the early dysfunctional schema. It’s a schema that’s developed early in life. Therefore, the therapist needs to know about the origins and childhood of the client and how these are influencing their problems. For this reason, schema therapy uses a greater number of emotional techniques. The connection between childhood origins and current life patterns provides a historical explanation of the client’s problems.

Dysfunctional schemas are broad, pervasive, and mostly automatic patterns of memories, emotions, thoughts, and bodily sensations. They’re your most deeply rooted ways of relating to yourself and to others. They develop in childhood and adolescence and continue to be developed throughout life.

As a human being, you have a series of needs to cover. In schema therapy, these needs are called core emotional needs and it’s considered that any psychologically healthy human being is capable of satisfying them in an adaptive way. These are:

Early life experiences are those situations in childhood and adolescence in which some of these core emotional needs have been unsatisfied for a long time. The first schemas developed in the safety of the home are usually the strongest. Four types of early experiences have been described:

Dysfunctional schemas are resistant to change. In effect, they’re self-perpetuating. Indeed, they don’t change and are maintained over time. Moreover, they’re maladaptive and often have self-destructive consequences and significantly interfere with the satisfaction of the core emotional needs explained above.

This is a schema with an ‘orientation toward others’. In other words, it focuses on the wishes, feelings, and responses of others at the expense of your own needs to obtain love and approval, to feel that you’re part of a group, and also to avoid possible retaliation by others.

As a rule, the subjugation schema involves suppressing something that’s good for you and, consequently, being little aware of your basic needs. It consists of excessively giving to others or giving excessive control over what happens to you in order to avoid the anger or retaliation of others or to avoid feeling abandoned. There are two typical forms of subjugation:

The subjugation schema usually leads to the perception that your own desires, ideas, or emotions are neither valid nor important to others. Frequently, it leads to you feeling the emotion of anger, which manifests as maladaptive symptoms. For example, passive-aggressive behaviors, moody outbursts, psychosomatic symptoms, withdrawal of affection, the perception of ‘playing a role’, or substance abuse.

“Patients must be willing to give up their maladaptive thinking styles and behaviors in order to change. For example, there are people who cling to painful patterns from the past. Thus, by staying in destructive relationships or not setting boundaries in their personal lives or work activities, they perpetuate the schema and can’t make significant progress in therapy.

The therapeutic process focuses on schema change. If schemas are truths about yourself – self-perpetuating, stable, automatic, and unconscious – then through schema therapy you seek a more adaptive mode of functioning.

To change a schema, you have to first identify those that are causing you a problem and work really hard and continuously to modify them. They never completely disappear but, once modified, they’re less powerful and less important. Above all, you have more strategies available to respond to them effectively if they’re activated again. 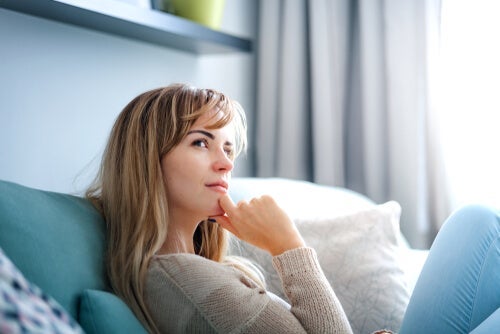 How Schemas Shape Your World
According to Young, schemas are the stable, rooted, and enduring patterns that develop over the course of an individual’s life. Read more »

The post Subjugation Schema and Schema Therapy appeared first on Exploring your mind.