Effective altruism is both a philosophy and a social movement. As the name suggests, it’s a school of thought that aims to help those who need it, but in a really specific way. Those who follow these principles conduct a thorough analysis of the needs and opportunities of an individual or community before sharing their ideas.

William MacAskill, Toby Ord, Peter Singer, and Thomas Pogge are perhaps the most significant names within this movement. In addition, there are personalities from the business world like the co-founders of PayPal, Skype, and Facebook: Peter Thiel, Jaan Tallinn, and Dustin Moskovitz, respectively.

They all share the idea that, in the business world, extremely exhaustive analyzes are often carried out before making investments. However, the same isn’t the case when an investment is earmarked for a humanitarian project. This usually means that resources aren’t distributed effectively. Consequently, the impact of the aid is reduced.

Effective altruism could be defined as a trend whose goal is to maximize the impact of charitable giving. While money is, of course, one kind of donated resource, there are also others, often less appreciated that are included, such as time. The action of effective altruism revolves around the question: how can the invested resources be optimized?

This movement has its origins in a community that was founded by the philosopher, Toby Ord (Oxford University, 2009), called Giving What We Can. Later, in 2011, with the help of other communities, the Centre for Effective Altruism was founded. It became known to the general public thanks to a TED talk given by the philosopher, Peter Singer. In fact, it attracted the interest of a number of well-known personalities and companies with solid capital to invest. From that moment on, social support for the movement started to grow. Indeed, it’s currently one of the solidarity initiatives with the most support.

What the movement seeks, and the philosophy behind it is to promote the construction of real justice in the world through mutual aid. Members are of the opinion that high powers and large corporations only act superficially in the face of iniquity. Moreover, they believe that if ordinary citizens assumed the commitment to help others, the path toward a more egalitarian and just world would be shortened.

In general terms, effective altruism aims to maximize the aid that’s donated and destined to end or alleviate the suffering of others. To achieve this purpose, four priority areas have been defined. They’re as follows:

The basic method for providing effective assistance is to carry out a rigorous analysis of a problematic situation detected in one of these priority fields. Then, the investors decide where and how to donate money or resources. It’s suggested that three variables be taken into account before they reach a decision:

We can all help

Effective altruism isn’t the exclusive province of large corporations or public figures. Indeed, anyone interested in building a better world can join the initiative and collaborate, to the best of their ability, in helping those who need it.

Interestingly, there’s often an erroneous perception of the conditions of poverty. For example, an individual with a low income in a developed country might be considered economically powerful by someone in a country with an emerging economy. The Ayuda Efectiva Foundation has developed a calculator for people to measure how rich they are. Many will be surprised to see that their income is way above those of the majority.

The effective altruism movement is focused on those who want to help and think they can. It’s an initiative aimed at preserving and promoting a spirit of solidarity while optimizing the contributions that are given. No one is so poor as to not have something to give to others. It doesn’t necessarily have to be money. It can be time or work. The most important thing is to take into account that this help really generates a visible and positive impact on other people, hopefully in the long term. 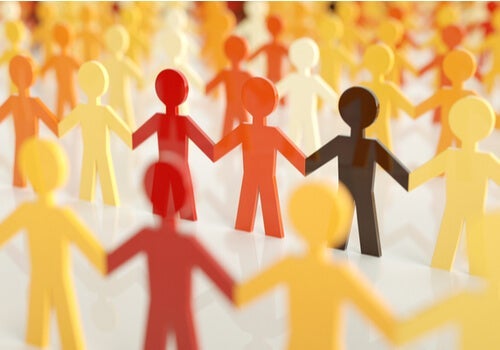 Is Charity the Same as Solidarity?
We see images in the media daily of terrible things happening to our fellow humans. In this context, ideas such as charity and solidarity are iimportant. Read more »

The post Effective Altruism: Giving What We Can appeared first on Exploring your mind.

Lack of Sexual Desire in a Partner: Is it The End?