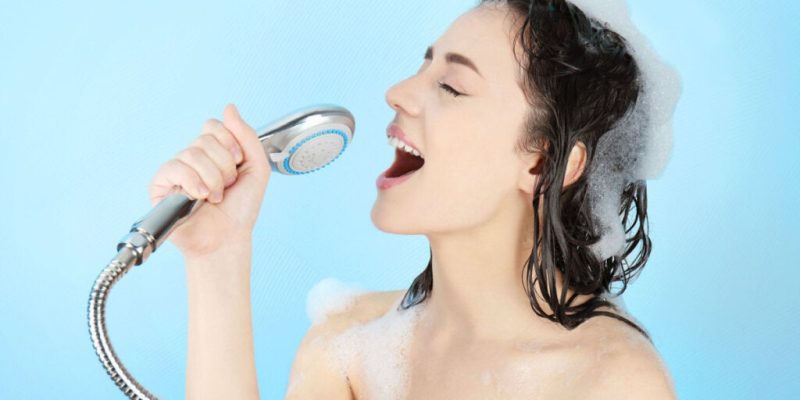 There could be a scientific explanation for why you like singing in the shower, more specifically in the science of sound. In fact, sound waves behave differently in the shower. They make you believe your singing is better.

There are also more reasons. For example, in the shower, you don’t feel ashamed because nobody’s listening to you, and you can turn the volume up. Moreover, in the shower, you feel free. It’s your moment to disconnect from the world, so you take the opportunity to sing, something that frees you and makes you feel good.

There are different explanations for why you like singing in the shower. We’re going to look at the most important.

1. You have the perception that you sing better

Under the water and stuck in a cubicle, you have the feeling that you’re singing better. This could explain why you like singing in the shower. So, why does it happen?

When you’re in the shower, the behavior of sound waves varies, depending on their frequency. The sharpest waves have enough energy to be absorbed and ‘go through’ the walls of the bathroom. On the other hand, the lower waves bounce back, making them return to your ears and giving you the sensation of having a more powerful voice.

You don’t realize that you’re out of tune

It’s more likely that you go out of tune when you sing high notes. When you’re singing in the shower, you sing out these notes at the top of your voice and might be out of tune but don’t tend to realize it.

You might believe that you’re following the melody even though you’re not. Since it’s the higher notes that are affected, those with the deepest voices who sing in the shower notice their musical ‘superpower’ more.

In addition, the shower walls ‘behave’ differently, depending on whether the note is high or low. They also have another function, which is to generate reverberation. This means that the shakiest notes that you emit are stabilized (they disappear or are reduced). This also happens with karaoke microphones. However, if you sing outside the shower, these shaky notes don’t disappear and you perceive your voice more realistically.

Therefore, by imagining that you sing better in the shower, you might motivate yourself to continue doing so. That said, you shouldn’t ever feel that you need to sing well to enjoy it.

2. A moment of disconnection

Beyond what science says, in reality, a shower is a moment of disconnection for many. It’s where you can free yourself from tension and enjoy a good cleanse with hot water. At that moment, it’s easier for you to be yourself and relax. One way to do this is through music and singing. This would also explain why, in the shower, you feel more relaxed, and so you sing.

“Music is the shorthand of emotion.”

3. You lose your feelings of embarrassment

Another reason why you like singing in the shower is the loss of embarrassment, Whether you sing badly or well, you might be ashamed to do it in public. But, in the shower, there’s no public. You’re alone, you have privacy and intimacy. For this reason, it’s easier to sing, because you lose any feelings of embarrassment.

The benefits of singing in the shower

If you like singing in the shower, regardless of whether you’re good or bad at it, you should know that it’s a really positive activity. Starting from the basis that you’re doing it because you like it is already a good thing. Plus:

So, if you’re one of those who like singing in the shower, keep it up.

“Music is only love looking for words.” 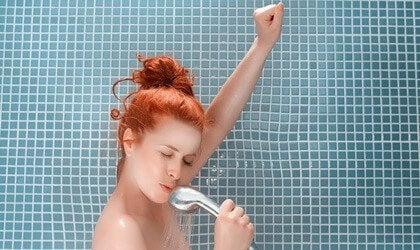 According to Science, Singing Makes Us Happy
Singing makes us happy due to a fact that’s both basic and fascinating: the human brain loves music. It helps reduce cortisol and increase serotonin. Read more »

How to Cope With Grief at Christmas