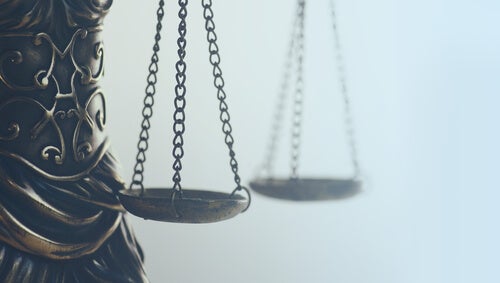 Themis was the goddess of justice, order, and natural or divine law. In fact, the word Themis in Greek means ‘divine law’, which was considered stronger than ordinary law.

According to the myth of Themis, this goddess directed the natural order of the union between a man and a woman and family ties. She was in charge of guiding people along the right path, indicating good habits, and making sure that everyone obeyed the laws. She was considered generous, affable, and wise.

Moreover, Themis was endowed with the gift of prophecy and clairvoyance. She knew all the secrets, even those that were hidden from Zeus, god of gods. She also served as protector of the oppressed and rector of due hospitality.

“All seeing Themis has pronounced the slut guilty.”

The origin of the myth of Themis

The goddess, Themis, was a Titan, the daughter of Uranus, the Titan who personified heaven, and Gaea, the personification of the Earth. She had five sisters: Phoebe, Mnemosyne, Rhea, Theia, and Tethys, and six brothers, Oceanus, Hyperion, Coeus, Cronus, Crius, and Iapetus. They all appear in the legends of Greek mythology.

Themis was depicted as a beautiful woman, dressed in a white tunic and frequently wearing a blindfold. This was considered to be a symbol of her equanimity. It was also an expression of her ability to prophesy, which required no eyes.

Themis carries a set of scales in one hand which represents justice. She weighs up the good and the bad and the arguments of all parties. This allows her to give a fair verdict. Sometimes, she’s represented with a sword in her hand, a symbol of punishment for those who ignore the law. At other times, she carries a cornucopia, a sign of prosperity.

The Oracle of Delphi

Although the Oracle of Delphi was consecrated to Apollo, Themis was one of the goddesses behind it, exercising her divinatory arts. In fact, she received the oracle from her mother, Gaia. After a while, she gave it to Apollo. However, other versions suggest that the god had to defeat a dragon to seize it.

The Oracle of Delphi was the most famous in Greece. It’s said that there was a chasm in the ground. A shepherd noticed that his goats behaved strangely when they approached the hole. The shepherd approached and began to prophesy. The story spread and people came from all over and also started prophesying.

Later, a construction was erected and fortune tellers were appointed to take charge of the site. The goddess, Themis, was one of the fortune tellers. It’s also said that she taught Deucalion and Pyrrha, the first humans, how to repopulate the Earth after the great flood.

Themis was the second wife of Zeus after he abruptly ended his union with Metis, who represented intelligence and cunning. Gaia had warned Zeus that Metis would give birth to two children and that one of them would take away her power, just as Zeus himself had done with Cronos, his father. So, Zeus gobbled up his first wife and that was the end of the problem.

Themis and Zeus had several children: the three Fates (Moirai) and the three Greek seasons (Horae). In some versions, Astraea (another personification of justice), the nymphs of the Eridanus river, and the Hesperides are also counted in her offspring. There are also certain versions of the myth of Themis that indicates Iapetus was her lover and that, together, they were the parents of Prometheus, the Titan who stole fire to give it to mortals.

Themis is said to have been on Earth during the reign of Cronos, god of eternal time, during what became known as the Golden Age. Then came the Silver Age and the Iron Age. During the latter, men became evil and violent, which horrified the goddess.

It was for this reason that Themis escaped and went to the highest point of heaven. Zeus, who understood her, turned her into the constellation known as Virgo. In a large part of the judicial courts of the West, the figure of Themis is still used as a symbol of justice. 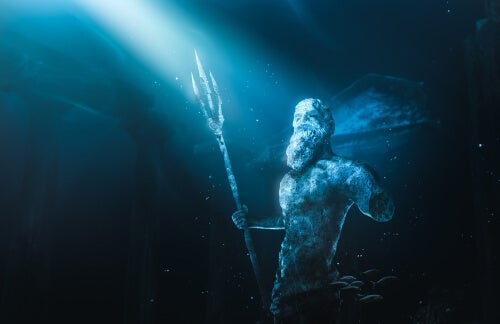 The Myth of Poseidon, God of the Ocean
The myth of Poseidon is one of the most famous in Ancient Greece. This god ruled the oceans and protected sailors on their voyages. Read more »

The post The Myth of Themis, the Goddess of Justice appeared first on Exploring your mind.

Falling in Love Too Easily: Why Does It Happen?