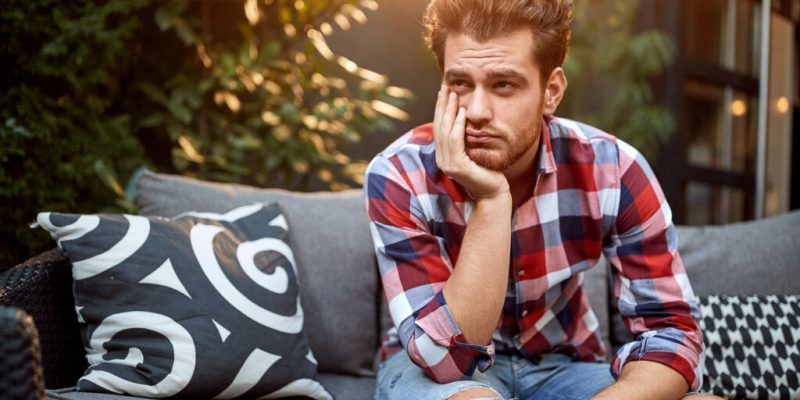 If you’re shy, you probably became aware of this personality trait early on in your life. You’ll have discovered that the kinds of situations that for other children were normal and fun, for you were threatening. To the point that you needed to hide and seek refuge to save yourself from the social world that caused you such discomfort and anguish.

However, is shyness simply problematic or is it pathological? Firstly, it’s a personality trait with varying degrees. For instance, some people only show a certain shyness in their behavior, while for others it completely restricts their lives. Whatever the case, it’s, a profile in which it’s common to experience social anxiety and suffering.

The relevant term here is suffering because that’s the element that differentiates an introvert from a shy person. Suffering means you’re afraid of rejection, terrified of making a fool of yourself, and fearful of being exposed to others. These are extremely limiting dimensions caused by a highly critical and exhausting sense of self-awareness that causes silent but recurrent discomfort.

If you identify with this profile, you probably won’t always feel good about yourself. After all, the world seems to belong to extroverts, to those who know no fear and dare to speak out loud. But why are some people born to be eternally self-conscious while others conquer every stage of life with their sparkling extroversion?

“So many people are shut up tight inside themselves like boxes, yet they would open up, unfolding quite wonderfully, if only you were interested in them.”

The shy trees and their roots

The term shyness was first used in the 18th century to refer to horses that were easily startled. However, there have always also been people who feel choked on shame and insecurity, living their lives from behind a window, away from the crowd and watching life go by from a safe distance.

Interestingly, in the world of nature, there are so-called shy trees. Indeed, in lush forests, such as tropical ones, no tree branches touch each other. So, when you look up you find a striking geometric canopy separated by channel-like gaps between ten and 50 cm.

This phenomenon must make some ecological sense, but it’s not yet entirely clear. Perhaps it’s to avoid diseases, to allow the passage of light, or to prevent the friction of the wind from causing them to hit each other. According to experts, it’s as if there’s a genetic determination to avoid such contact and form the fantastic canopy.

Does the same thing happen in human nature? if you’re dealing with social phobia and fear of rejection on a daily basis you probably find yourself asking why you’re the way you are. What has made you this way?

Introverts feels good about themselves, like their personalities and, when they want to, socialize without problems. However, shy people wish they could expose themselves to many social situations, but feel incapable and gripped by shame and insecurity.

1. Environment is more important than genes

Many people believe that shy children come into the world with this inhibited temperament. However, that’s not entirely true.

A large number of studies on this personality trait have been conducted with identical twins. For example, the University of Colorado (Canada) conducted a study in 2012 that claimed that, while shyness has a genetic trigger, this variable isn’t 100 percent conclusive or definitive. In fact, according to the researchers, the environment is more important than genes in developing a shy and inhibited personality pattern. Sometimes, even twins, each develop a different character.

When a child reaches 18-20 months of life, they begin to understand social standards. It’s at this time that they either cross the line that makes them more self-confident or remain in the realm of shyness. As a matter of fact, the first experiences they have with their social environment from the age of two will sculpt a good part of their character.

When someone asks you why you’re shy, you should look back and think about your childhood. In that environment and psychosocial substratum, like shy trees, you spread your roots to grow and develop. So ask yourself what your education was like and what dynamics your parents put into practice.

Often, even if a baby has the gene for shyness and their temperament swings towards that pole, a dynamic, open, supportive, and safe social environment dampens this trait. On the other hand, for children who grow up in an authoritarian, critical, unemotional, and strict family, it’s highly likely that they’ll be shy into adulthood.

For instance, consider the child who’s approaching adolescence and is dominated by their insecurities and the fear of being rejected when they start high school. If they have parents who know how to help them cultivate the skills of confidence and guide them to rationalize their fears and enhance their strengths, the child will be less anxious.

Sensitive, safe, stimulating and skillful upbringing and education to foster good self-esteem in the child, can cushion the development of shyness and the shyness gene.

In addition to genes and family background, there’s a third element that feeds the roots of shyness. Excessive fear. Research conducted by Dr. Nansy Eisenberg claims that this kind of personality correlates with the internalization of negative emotions. It manifests itself in childhood and, if it isn’t addressed, intensifies.

Shy children want to be involved in social situations, play with their peers, experiment, and open up to the world. They want it with all their might, but they can’t do it. That’s because social fear overwhelms them and inhibits any approach and contact with new situations and people.

They’ve intensely internalized the fear of being judged and criticized, making mistakes, exposing themselves, and feeling ashamed. This makes them suffer and they have a hard time as they lack coping tools in the face of fear. So if you’re asking yourself, as an adult, why you’re shy, look inside yourself and make a decision.

If you believe that life is escaping you because of your fears, if you’re losing job opportunities, and would like to meet more people, do it. Rationalize all those negative emotions that grip you and clip your wings. In fact, there are psychological techniques that will allow you to manage your shyness and social anxiety. So don’t hesitate to take this step if you need it. 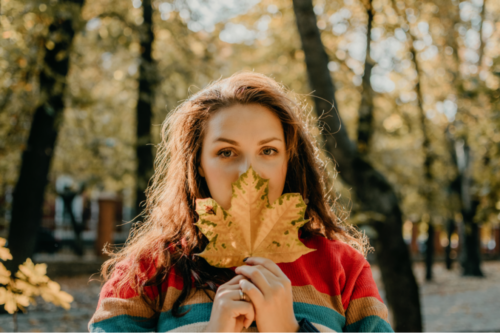 The post Feeling Shy and Wishing You Were Invisible appeared first on Exploring your mind.

The Precious Legend of the Dandelion