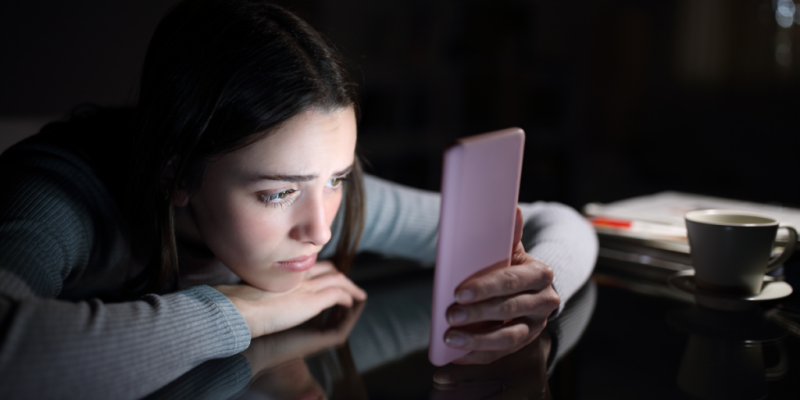 What’s the most important thing in a teen’s life? If we were to ask young people this question today, they’d most likely say their friends. This is hardly surprising, as we only need to think back to when we were teens to remember the importance of contact in our daily lives by way of our friendships and even our first loves.

However, if today’s teens were to reflect on their behavior, they’d discover that, for many of them, the most important thing is having an internet connection and a cell phone. In fact, although experts recommend that the most appropriate age to have a device is 15 years old, in reality, according to the National Institute of Statistics, 66 percent of children between the ages of ten and fifteen already have cell phones.

This is where the greatest irony of all comes in. Young people use their devices for social purposes, to see the world, and stay connected with their peers. On the other hand, technology is causing them to be increasingly isolated. In fact, they’re relating less to their environment, and more especially, to their own families.

What’s going on? What might the consequences be of these circumstances?

The brain, especially that of an adolescent, isn’t prepared for isolation. If, in addition, a good part of their interactions come from the virtual universe of technology, mental health problems are likely to arise.

The refuge of their bedrooms and an internet connection

When a child reaches preadolescence, it’s common for them to want their own space. They need their private refuge. It’s all part of their psychosocial development. It’s also something that often tends to set off our alarm bells, as parents, but it’s a dynamic we have to get used to as our children reach adolescence.

In this desire for intimacy, teens make their bedrooms exclusive sanctuaries that they don’t allow anyone to enter. The problem is that they often erect a parallel and isolated home for themselves in their bedrooms. Sometimes, they even insist on eating there, spending considerably less time in the company of their parents and siblings.

In recent decades, with the arrival of new technologies (although they’re no longer not so new), this reality has become a little more complicated. There’s a direct link between teens’ need for isolation and social media. Indeed, platforms like Youtube, Twitch, and TikTok are their windows to entertainment, discovery, and social connection.

After all, why should they go outside if they have everything they need in front of them on a screen?

Despite the fact that teens interact with other people on their social media and apps, they’re experiencing a greater sense of loneliness. However, this doesn’t always encourage them to leave their bedrooms and seek other forms of enjoyment.

As human beings, we’re social creatures. For this reason, teens love going out with their friends. That said, some of them prefer to spend more time in their bedrooms, glued to the screens of their devices. This parallel dimension consumes all their time and robs them of the opportunity to connect more closely with the world.

Many parents are concerned about social media and their teens’ isolation. We could try suggesting alternatives for our teens, such as practicing a sport, inviting friends around, or organizing some kind of leisure activity. But this won’t always work. That’s because TikTok hijacks their attention and is addictive. Or, there’s always someone for them to follow on Twitch or YouTube.

Their brains lose out

In adolescence, the brain goes through a key period in its development. Its neural architecture is continuing to form and there are many areas that won’t fully develop until after the age of 20. Every experience, interaction, habit, and practice sculpts the adolescent brain, for better or worse.

Research conducted by Emory University, Atlanta (USA) confirms that adolescence is a critical period in which social experience optimizes the ability to achieve goals in adulthood. It suggests that if young people between the ages of 12 and 18 opt for isolation, their brains will experience certain alterations.

This lack of stimulation and social connection affects their decision-making, their ability to achieve, and their mental health. It seems that the simple fact of being without friends or with fragile social relationships affects their psychosocial development.

TikTok entertains teens. It makes them laugh, encourages them to try new challenges, connect with friends, and provide each other with social reinforcement. They have WhatsApp to talk to their friends at any time of the day and night, as well as countless platforms where they can find out about anything they like. However, the world of social media and technology doesn’t always make them happier.

As a matter of fact, many teens discover life and begin to forge their identities in the solitude of their rooms and in front of screens. Some teens will find these experiences positive and enriching. On the contrary, others will develop mental health problems. In this regard, a study conducted by the Johns Hopkins School of Medicine (USA) highlights how the use of social media is linked to an increase in depression and suicidal behavior in adolescents.

Social media reinforces everything from social comparison to the creation of a distorted image. Teens’ feelings of anxiety and discouragement rise and they end up with low self-esteem. This affects everything in their lives and reinforces the rejection of their self-images. The greater the addiction to this type of digital scenario, the greater the need for isolation. Therefore, the more feelings of discouragement.

It’s unreasonable to ask a teenager not to spend so much time on their computer or cell phone, when their parents are doing precisely the same thing.

One indisputable fact is that platforms like Instagram or TikTok are designed to create addiction. Nowadays, more value is given to videos than to simple posts with messages. That’s because of the attraction they generate in the brain. Add to this the perfectly programmed algorithms that offer us the content we like, and it’s extremely easy for hours to pass without us even realizing it.

But teens have more problems maintaining self-control. This explains their problems in avoiding using their cell phones.

How to address teens’ tendencies to isolation due to social media

We know that isolation and social media have a direct relationship and that this especially affects teens. So what can be done about it? Here are some guidelines if you’re facing this problem:

Finally, it’s extremely important to offer them mechanisms for a healthier use of social media. Sadly, this won’t always be possible, since the developers of these online platforms have the goal that, as users, we spend as much time as possible on them. 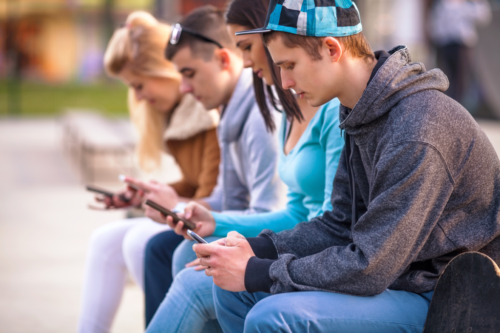 The Link Between Suicidal Ideation and Traffic Accidents