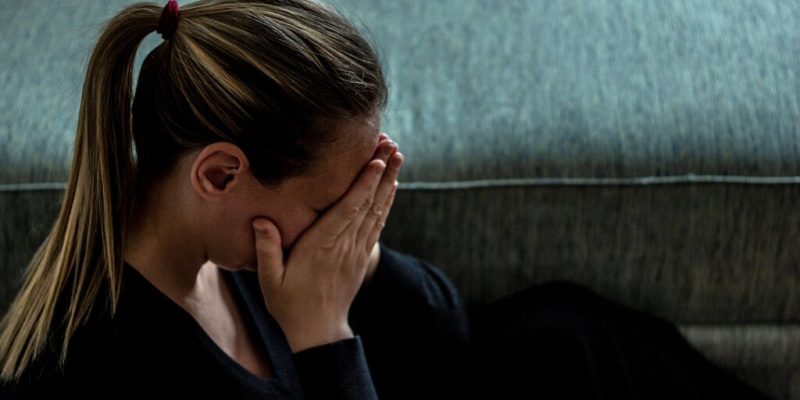 Domestic violence doesn’t involve simple misunderstandings or relationship problems or overly authoritarian parents. In fact, sufferers of this kind of violence experience long-term traumatic situations that generate psychological consequences. They affect not only their well-being but also their ability to relate to others. Moreover, these experiences can often lead to post-traumatic stress disorder (PTSD).

Domestic violence is extremely painful for sufferers. That’s because it’s carried out by those who, in theory, should be the greatest support or safe haven for them. In other words, their partners or their parents. In children, it can cause serious attachment problems that can affect them for life. While in adults, it causes extremely limiting symptoms and a strong impoverishment in their quality of life.

PTSD is included in the category of disorders related to traumas and stress factors within the Diagnostic and Statistical Manual of Mental Disorders (DSM 5). It’s a psychological response to exposure to a traumatic situation. It can begin up to several months after the event.

As a matter of fact, any event/environment that threatens the physical or psychological integrity of an individual is seen as a potentially traumatic situation. An experience in which they may feel that they don’t have the necessary resources to face or feel trapped between a rock and a hard place.

It’s worth mentioning that PTSD doesn’t develop in all trauma. That’s because each individual experiences and processes these kinds of events in a different way. In fact, it’s claimed that about 70 percent of adults in the United States have experienced a traumatic event, but only 20% percent of them ended up suffering from PTSD.

Domestic violence implies a situation of chronic threat in which the individual doesn’t feel safe, either in their home or with their attachment figures. This activates the fight-flight-freeze mechanism and puts their entire body on alert. Thus, PTSD may eventually be triggered.

The main symptoms of PTSD

Domestic violence can cause PTSD

The symptoms described above are extremely limiting and cause great suffering. For this reason, it’s important not to underestimate the experiences of those who’ve suffered domestic violence. Indeed, the impact at a psychological level can be equivalent to that caused by an attack, a natural disaster, or a war, since they all constitute traumatic events.

In addition, domestic violence has certain components that constitute risk factors. In other words, they increase the probability of triggering PTSD:

The consequences and the treatment of PTSD caused by domestic violence

When an individual suffers violence from their partner or their parents, they can be seriously affected psychologically. In fact, it’s been proven that in PTSD the structure and functioning of various brain areas that mediate adaptation to stress, conditioned fear, and decision-making are affected.

Consequently, it isn’t easy for victims to trust others again or to establish relationships deep enough for intimacy to occur. Furthermore, some investigations have shown that children who suffer physical abuse before the age of 12 seem to be more vulnerable to peers who also try to abuse them. Likewise, revictimization is common in those who leave a domestic violence relationship. This is due to the fact that the individual internalizes the idea that they don’t deserve the kind of relationship in which their partner doesn’t abuse them.

Victims also often suffer from the appearance of triggers. These are stimuli that they associate with the traumatic experience. They activate their alertness, terror, and suffering. It can be, for example, the sound of keys in the lock, a certain type of car, or the smell of a particular perfume. Anything, in fact, that’s reminiscent of the trauma or the perpetrator.

Ultimately, these individuals experience great suffering. The impact is even greater in children who grow up with a disorganized attachment style. It’s essential for sufferers to put themselves in the hands of professionals and receive treatment for PTSD. However, it should be taken into account that domestic violence can paralyze the victim and prevent them from asking for help. For this reason, having a supportive social network will be of great help in starting the process. 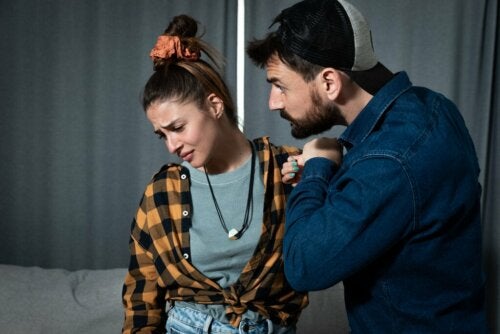 The post Domestic Violence Can Cause Post-Traumatic Stress Disorder (PTSD) appeared first on Exploring your mind.

Infidelity According to Psychology